Better late than never! Happy ommas’ day to all moms across dramaverse and real world! K-Movie Corner would like to honor the most important woman in our lives through this edition, and Miss Granny is no doubt the perfect film choice to do that.

Miss Granny is a heart-warming movie about a woman in her 70s who suddenly finds herself trapped in the body of her 20-year-old self. There she rediscovers her passion and dreams, re-experiences love, and is given a second chance to make the right choices in life. This movie sends a strong reminder about how our love and understanding for the elderly members of our family should grow deeper as they age.

There are three reasons why this film won a lot of hearts upon its release in 2014, with a total of 8.65 million movie tickets sold in South Korea as of date. First is its well-written story. Whoever is the writer of this movie did a great job in tackling the sad truth about the fate of some elderlies being sent to nursing facilities without making the movie feel too heavy. In fact, the film successfully finds a perfect balance of comedy and drama in presenting its story to the audience.

Fun fact: Due to the movies’ success, it spawned several remakes across Asia and even North America. Amazing, isn’t it?

Another strength of this movie is its cast members’ superb acting, though I would like to single out Shim Eun-kyung’s brilliant performance. Shim’s acting—from her mannerisms to her facial expressions to her heavy-accented voice to everything—is so on-point. Shim effortlessly convinced me that she is the 20-year-old version of the 74-year-old widow Oh Mal-soon who is also excellently brought to life by veteran actress Na Moon-hee. That’s why there’s no surprise that Shim earned numerous best actress trophies, including the Baeksang Arts Award, for her portrayal of the titular role in the movie.

It’s not only Shim’s impeccable acting that made the film a pleasure to watch, her singing here is also a must-hear! She proved that she’s not only an excellent actress but also a talented singer. Shim reportedly undergone two months of voice training in preparation for the movie where she sang four songs—three of which are remakes from the 70s. Not convinced? Here’s a clip from the movie of Shim singing “White Butterfly,” watch and see for yourself:

Okay, enough with technicalities! Let’s now take a look at some scenes from Miss Granny that prove our halmonis are angels sent to us from up above:

1. She spoils us with everything.

3. She loves her children no matter how old they get. 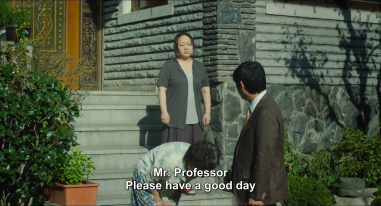 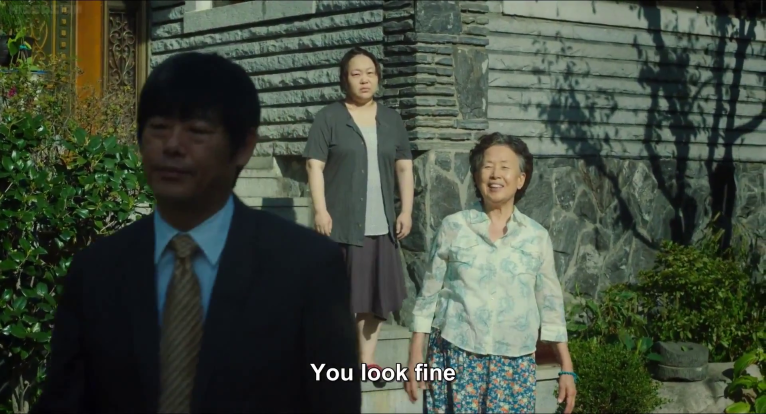 5. She’s willing to give up her own happiness for the people she loves. 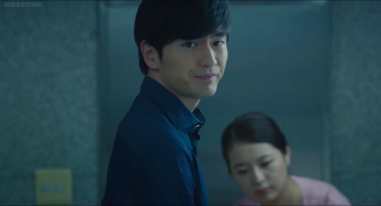 I’ve watched Miss Granny a few times already and it never fails to give me the same warm feeling I got the first time I saw it. It made me appreciate my mom even more, and made me look past through her flaws and shortcomings. I’m also thankful for this film as it gave me a peek at how it is to have a halmoni since both of my grandmothers died when I was just about months old. I’m recommending that you watch it, too!

Did you enjoy this movie review? Let me hear your thoughts below!

~ All credit for the stills and videos used in this review goes to CJ Entertainment.

6 thoughts on “​Movie Review: 5 Proofs from Miss Granny (2014) That Our Halmonis Are Angels on Earth”