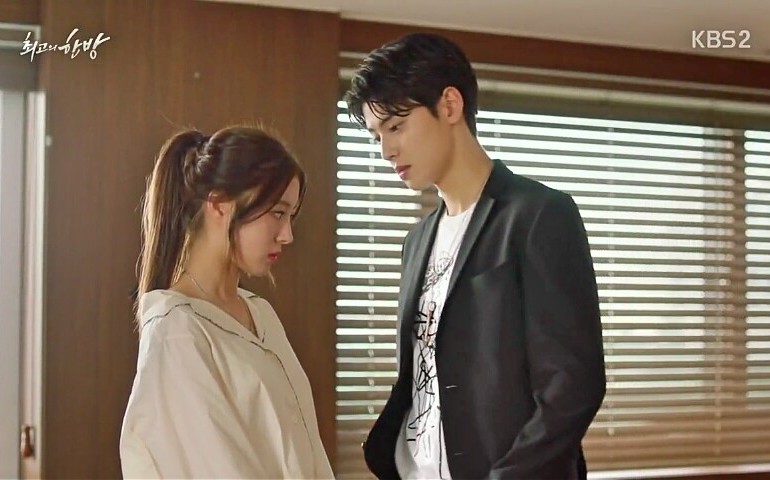 In this episodes, I’ve learned that timing is indeed everything.

Hints as to why Yoo Hyun-jae (Yoon Si-yoon) suddenly travelled to the future were carefully placed in these episodes. Hyun-jae hasn’t figured out that the number paging him on his beeper is connected to Bo-hee. The time he received the call, 1:20 am, is the same time his wrist watch stopped. I’m using all my limited CSI brain cells but I can’t figure out the connection. This is keeping me on my toes. I want to know why Hyun-jae was sent to the future.

Plus, his money was all gone. I am now sticking to my earlier assumptions that CEO Park Young-jae (Hong Kyung-min) stole it and used for establishing Star Punch. His wife, Cindy, is actually rich so, I may be wrong. But still, who else has motives to do it. If Lee Gwang-jae (Cha Tae-hyun) was really involved in Hyun-jae’s disappearance, just like how the fansite was suspecting, then the bigger question is why would he do that? I can’t wrap my head around this subplot. But I’m enjoying this. At least, this drama is balancing this plot to lighter-themed scenes.

Bo-hee is proving to be the character whose development is getting better and better in every episode. She decided to accept CEO Park’s offer to transfer to his company in exchange for an advance payment. Although she didn’t explain it clearly to Gwang-jae, her intentions are clear. She is doing it for her family. If that is not heroic enough, then I don’t know what is.

On the other hand, Gwang-jae begged CEO Park to take care of Bo-hee because she deserves better. That is definitely an ‘aw moment.’ Now, if only they would admit they care for each other. 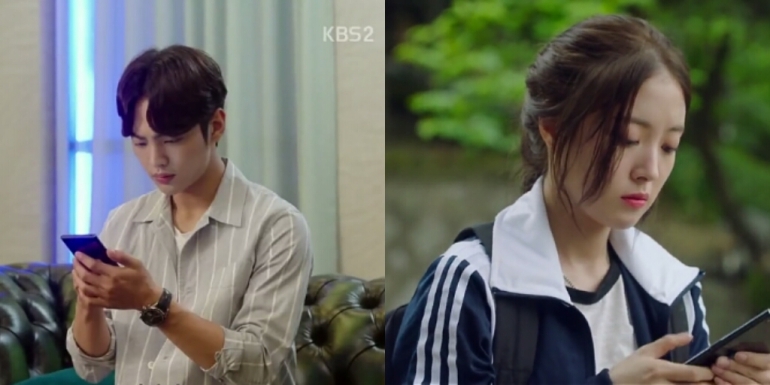 One moment I thought my ship was totally sailing but the next scene I watched it sunk. Lee Ji-hoon (Kim Min-jae) was all out in this episode to impress Choi Woo-seung (Lee Se-young) but our stubborn heroine kept on rejecting him. Ji-hoon’s reluctant abboji, Hyun-jae, suddenly decided he will be a shipper for these two long-time friends. I thought all is well and the love lines were now clear. But I was wrong. Ji-hoon has once again missed a good opportunity to show how he feels for Woo-seung. I have to point out that he runs quickly after he read Hyun-jae’s text about Woo-seung. He didn’t hesitate even if that means he will lose his once in a million chance of achieving his dreams.

Meanwhile, Hyun-jae seems to have developed feelings for Woo-seung. I think he genuinely cares for Ji-hoon but I understand that a person can’t control his heart. If he does have a growing affection for Woo-seung, things would definitely go complicated with Ji-hoon.

I’m getting attached to every character in this series. It’s getting hard to cheer for one when I know it would hurt the other. Hopefully, all the conflicts set in this series will have good closures in the end.

p.s. I’ve mentioned this before but MJ and Woo-seung’s interactions are so cute, plot bunnies keep jumping in my mind.