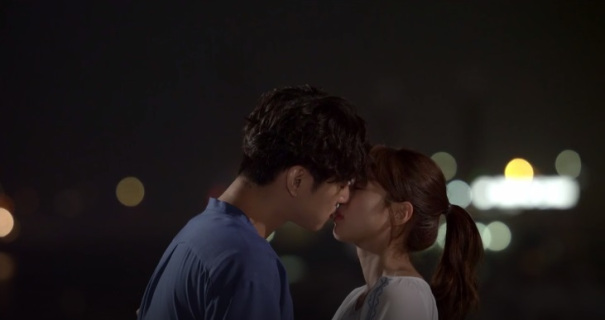 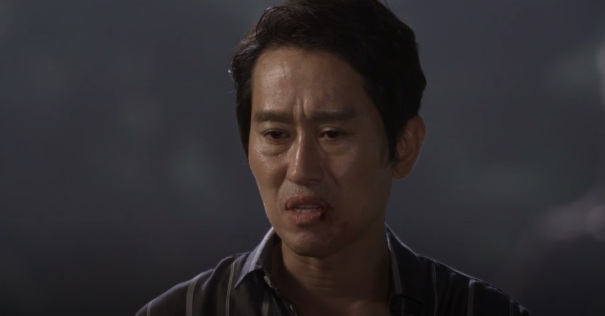 I remember wishing in one of my K-Drama Reactions that we get more info about Master Cook Jang Dong-soo (Jo Hee-bong) and Joker Ahjumma Soon-ae’s (Lee Min-young) past. Well, this episode is the fulfillment of that wish as we learned about Master Cook Jang’s reason for engaging once again with the thugs he used to lead. In exchange for a work he did for the gang, he asked them to look for the person who helped Soon-ae’s ex-husband in framing her up for adultery. He wants that person to confess that Soon-ae is innocent of that accusation probably to clear her name and also to give her back what is supposed to be hers. We learned that Soon-ae’s ex-husband didn’t only accuse her of adultery, but he also kicked her out after her father died, leaving her nothing from her abuji’s bank business. Woah. Our joker ahjumma had quite a complicated history! 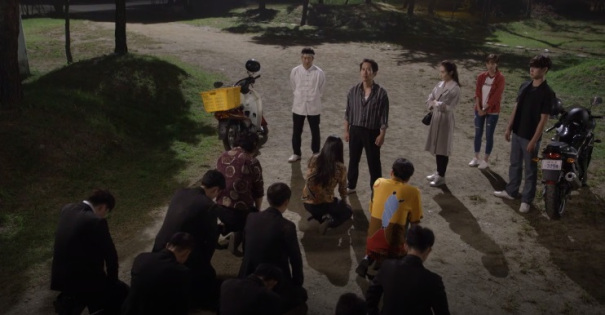 But the gang broke their agreement and tried to kill Master Cook Jang by luring him to an abandoned property where they presented a fake target. Thank goodness Joker Ahjumma planted a tracking device in Master Cook Jang’s shoes so she and Lee Dan-ah (Chae Soo-bin) were able to find him. They could’ve also been in trouble if not for Choi Kang-soo (Go Kyung-pyo) and Master Gong-gi (Kim Ki-doo) who arrived to the scene just in time to defeat the gangsters.

Kang-soo got angry with Dan-ah for going to the scene without him and told her that she’s fired. I like how Dan-ah submissively said sorry to Kang-soo and gave him a back hug, which he accepted wholeheartedly. Awww, love can really be the strongest emotion in the world as it turn even a feisty tigress into a sweet and cuddly kitten.

I like this girl very much! She’s so cute and innocent, and I wish that I have the same attitude as hers when it comes to moving on from a heart break. Lee Ji-yoon (Ko Won-hee) easily moved on from her first heartache courtesy of Kang-soo by jumping into her second love. Guess who!? It’s none other than Oh Jin-gyu (Kim Seon-ho), ladies and gentlemen! Hahaha! I’m giving my all out support for this OTP!

Ji-yoon stopped Jin-gyu from eating other people’s leftover food, and I can’t help but compare that scene to that of Ji-yoon when she was the one in that situation during her runaway days. Ji-yoon’s way of telling Jin-gyu that he is now her new love was so straight to the point as if she’s telling him that he couldn’t do anything about it anymore. Hahaha! Ottoke, Jin-gyu!?

The whole Strongest Deliveryman team went to a team building vacation at Min-chan’s hometown. It’s so nice to see them hang around and laugh while playing silly games. But that’s not the highlight of it. This vacation gave us our much awaited kiss scene between Dan-ah and Kang-soo. It’s an emotional first kiss, y’all. Kang-soo asked Dan-ah not to leave and to just stay with him, and tried to convince her that there is still hope in Hell Joseon for people like them who hang on tightly to their dreams. What will be Dan-ah’s answer? We’ll all find out next week!