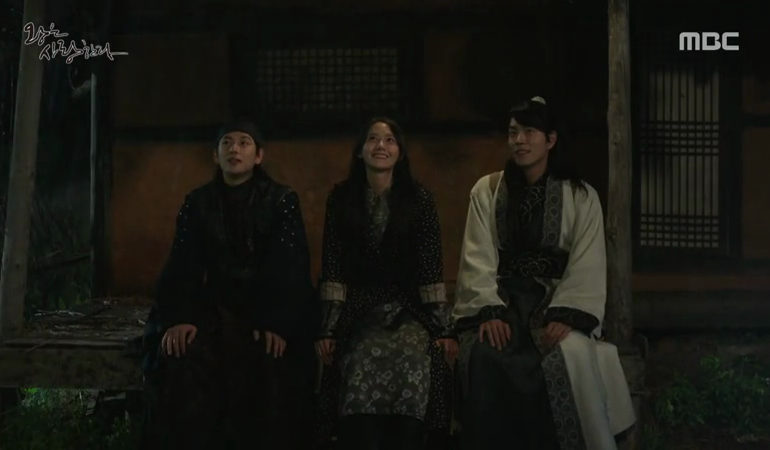 First of all, I want to thank each and every one for all the comments, good or bad, that was left in every fan site where our episode reactions were posted. I enjoy reading all the fan discussions and ship wars! LOL. This means the drama is doing a good deed in making its audience involved, if not too much.

I had high hopes before going into this drama, and I am very happy to say that although The King Loves had its bumps along the road, it was fairly a happy ride. I fell in love with both Siwan and Hong Jong-hyun yet again, and Yoona really improved her game in this one. Although I cannot say that this drama is Siwan and HJH’s best (because I loved them in their previous dramas, too), Yoona is a different case. This is where I felt her most. She breathed air to this badass heroine who can protect herself, but still knows how to show compassion.

Up until the end, Song-in (Oh Min-suk) was a lousy villain and his end was cheap. I still cannot understand how the hell he was tricked by San (Yoona) into letting Dan (Park Hwan-hee) drink that poisoned tea. I almost admired his scheming ways into controlling the events on the palm of his hand, but in the end, even Song-in became predictable not only to the audience, but also to the main characters. So to prove that Bi-yeon is still an important character in the story despite herself, she apparently had the antidote that will cure San (as we all know this was given to her by lover boy Moo-suk). Bi-yeoni gave the antidote to Rin (Hong Jong-hyun) and our mighty heroes fled to save the girl.

My hate for Song-in escalated after he stabbed Moo-suk to his death! After a short realization that Moo-suk was about to betray him, he stabbed his loyal servant dead without hesitation. Too bad we never got the chance to know more about Moo-suk until this last minute. So he was apparently the son of a general who died fighting for Goryeo, and was taken under the care of Song-in, and from that point onward, trained him as an assassin under the guise of liberating their beloved country from Yuan. That’s it – his two minutes of spotlight right there.

Another highlight of the night was the mighty face-off between good and evil aka the battle of WonRin vs Song-in. Won (Siwan) was determined to save San from Song-in, but was also worried about Rin going with him wounded. So he forcefully left Rin behind and fought Song-in alone. Of course, Won would be in trouble fighting for his life, so guess what? Rin will save the day! He shot an arrow at Song-in, and then the formerly sly villain had hallucinations of Boo-young in his death bed. To be honest, the disappointment level in this important plot point is at an all-time high. 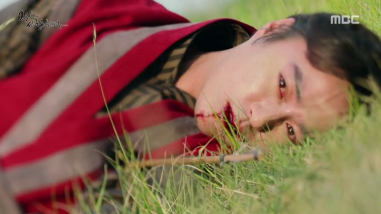 In every sageuk, familial problems are always an evident part of the political crisis. Most dramas depict family matters as the foundation of the main political issues, and The King Loves is no exception. I think one of the most integral part of this drama was the way Won’s family interacted. From the pilot until the finale, Won’s relationship with his parents was obnoxious yet durable. He may be viewed outside of the palace as the prince carrying the blood of the enemy, but in Won’s eyes, he is only his father and mother’s son. He grew up hating his mother and being hated by  his father. But like what Rin’s father said, a love that runs deep sometimes disguises as hatred, so we should know when to show sympathy. I am so happy, though, that we get to see Won and his father King Chungnyeol (Jung Bo-suk) bonding over baduk (Go) in the end. At least, the confirmation that the King really loved his wife, Princess Wonseung (Jang Young-nam), is the consolation of this all. I would like to commend both Jung Bo-suk and Jang Young-nam for portaying their very effective roles as Won’s parents. They helped make this drama more realistic and easier to love. 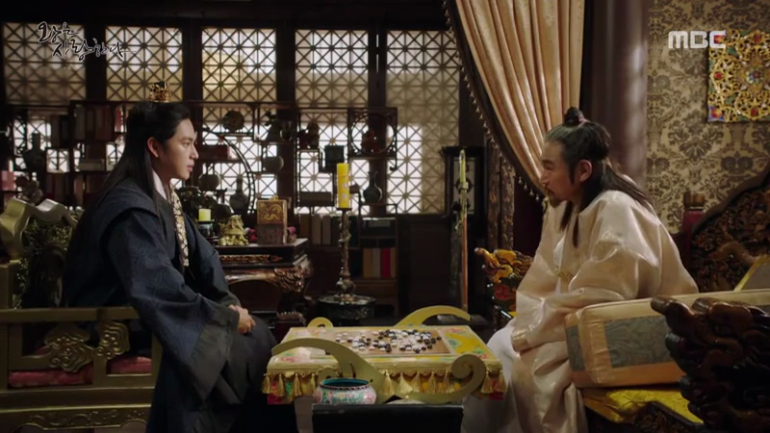 We also get a final glimpse of our main leads’ bonding in the last part of the final episode. I love how the show tried to remind us the friendship that these three had despite everything they went through.

For Rin: I think the show pretty much established that Wang Rin was a loyal subject, son, brother, and friend. Although Hong Jong-hyun may seem to appear stiff in some episodes, he is just portraying what Wang Rin was like. Rin was emotionless on the outside because he always kept everything in. He always held back and hesitated to express his feelings for San since he was 12. He always looked after Won’s well-being, too. Like how Won described him, Rin was always looking for something to be busy about, and sometimes failing to appreciate the beauty of the moment. But now, we remember Rin as the man who stood up not only for his love but also for his country. He chose to fight the battle alone by staining his name forever. He will die in the history of Goryeo as the traitor who led the anti-Yuan movement, but in everyone else’s life, he will be remembered as the devoted friend whom you can always count on in desperate times.

For San: Some fans argue that Eun San is a fickle-minded heroine who never really revealed the man he loves. Sometimes she seemed she liked Rin more, while in some other days, she looked like she loved Won, too. I don’t really know what’s going on in Eun San’s head right now, or is it because the writer is confused too, but the open ending of this drama appeared to me as a shot at redemption. By redemption I mean they were wooing shippers to still believe in their biases. Were they trying to appease both supporters of the love teams that’s why they sacrificed San’s image and never really let her reveal whom she really liked?

For Won: Our Crown Prince evolved from being this immature, selfish, aggressive monarch to this selfless hero who now knows the word “freedom.” He became a responsible father of Goryeo, and most importantly, he finally realized that not all the things he wanted in this world would come to him in a snap. And just like the falcon in the pilot episode, he let both San and Rin free. I think that’s the most important symbolism of the story. Won spent the entire series talking about keeping San in his birdcage, controlling her every move so that she will stay by his side. But in the end, he gave San the choice to leave, even if this means he would spend most of his days alone and lonely. 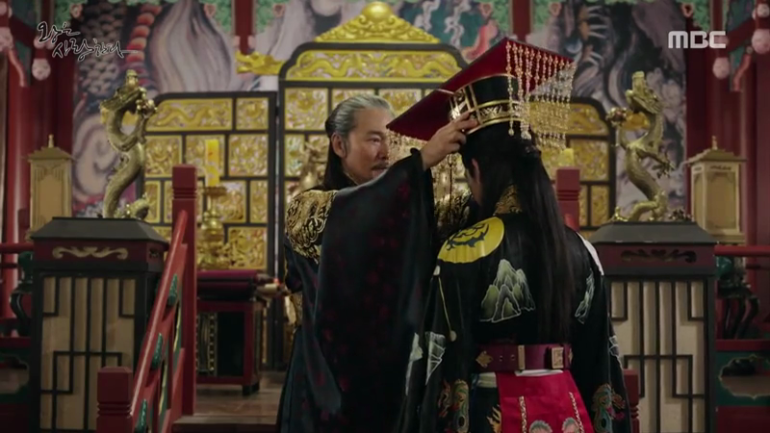 Speaking up about the drama’s open ending, Yoona had this to say:

“Many people were curious about San’s feelings. Even I had to go to the end to realize that Eun San liked Rin. In the original novel, the story ended with Rin-San getting together, but I wondered if it would change during the dramatization. But by the time the last script came out, I knew for sure it was going to be Rin-San… I’ve been asked, ‘Weren’t you worried Eun San would appear fickle?’ But I tried to express that San liked Won as a person and a friend, while Rin made her heart flutter more. However, the main point I focused on was that San didn’t want to get in the way of their friendship.”

Most of us forgot that even from the promos and teasers, The King Loves was marketed as the story about the point of view of the anti-hero. We all knew how the novel of the same name ended and its main couple. So the possibility of the drama deviating from its original backbone was arguably unpredictable. Despite some hits and misses, we can all agree that The King Loves delivered an acceptable concept of love triangle. And although vague, the drama gave us Siwan’s farewell gift while serving the military – a good three months of distraction from the sadness of waiting for his discharge. 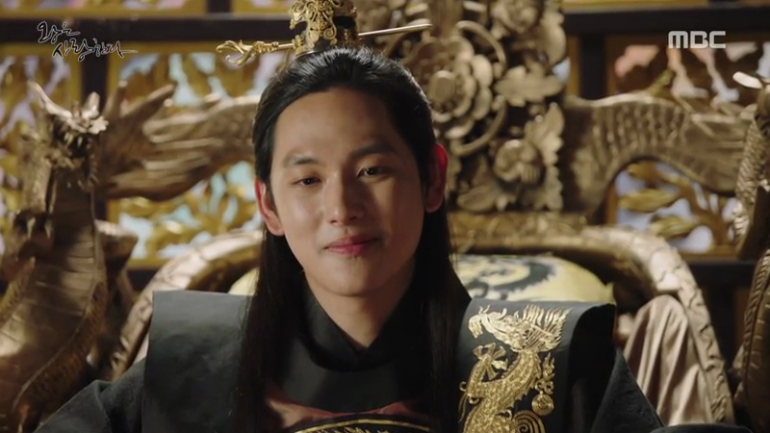