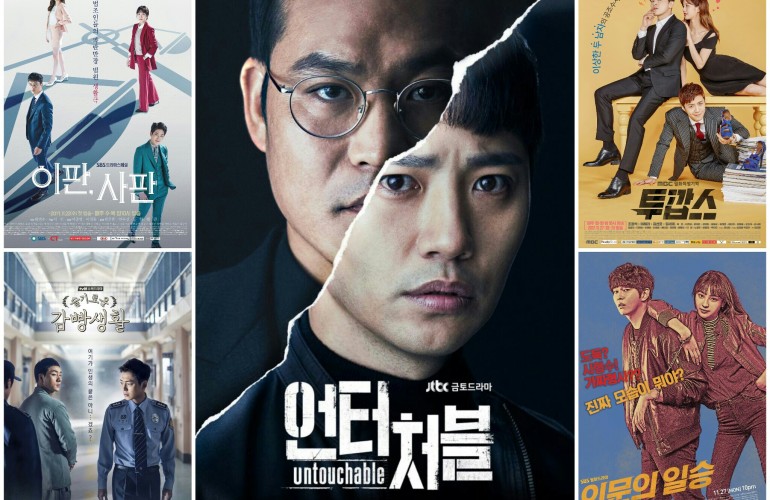 Too many K-dramas, too little time?

Don’t worry ’cause Ahjummmamshies’ got you covered!

Back in the earlier days of Hallyu Wave, there were only three broadcasters producing K-dramas namely KBS, SBS, and MBC, but with the recent rise of the cable channels tvN, jtbc and OCN, the number of series hitting our screens has incredibly multiplied. And though this has provided us more choices and more chances to see our oppas, it has also created the dilemma of which one to tune into or which one to drop. So to help you sort them out, I’m happy to introduce our newest segment called First Impressions. It’s a review of the pilot episodes of all the new K-Dramas aimed at helping you curate your watch list.

Now, for my inaugural post, let me share with you my first impressions of Nothing to Lose, Two Cops, Doubtful Victory, Prison Playbook, and Untouchable. Interestingly enough, this batch of dramas touched on the different phases of the criminal justice system: police, corrections, and the courts. 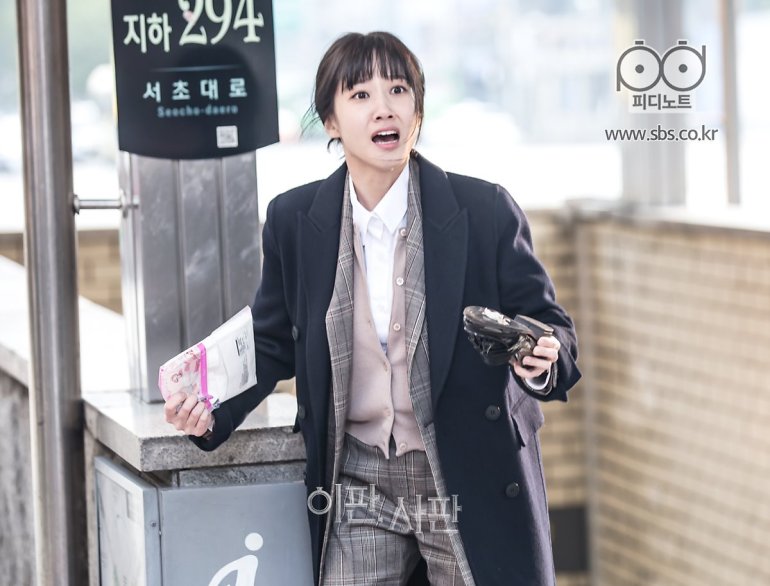 Nothing to Lose
Network: SBS
Genre: Legal Drama
No. of Episodes: 32 (35 minutes per episode)

Nothing to Lose touches on the story of a fiery female judge Lee Jung-joo (Park Eun-bin) who fights to reveal the truth about her older brother who was framed for murder. Well, that’s the synopsis you can find on the net, but unfortunately, its first four episodes were all about the incidents that led to that, which I believe speaks about the weakness of this drama. The plot is both convoluted and slow and it’s hard to sympathize with our main characters, probably because their motivations were told too vaguely. I didn’t even know why Sa Eui-hyun (Yeo Jin-woo) is in the story because it seemed like there’s nothing at stake for him, well, maybe it will be revealed later on the show, but I’ve already lost interest. And though, I’d like to give this drama a credit for featuring judges as main characters, which I believe was an untouched territory, the portrayal was unrealistic, and the courtroom events were too dramatic for my taste. And how could Jung-joo manage to become a judge with that impulsiveness of hers, berating an accused on the witness stand because her opinion didn’t sit with her? I get it, she’s on the right side of the argument, but that’s not how a judge should act. She should have been a police officer or a prosecutor.

Verdict: Living up to its name, there’s Nothing to Lose if you’ll skip this one. 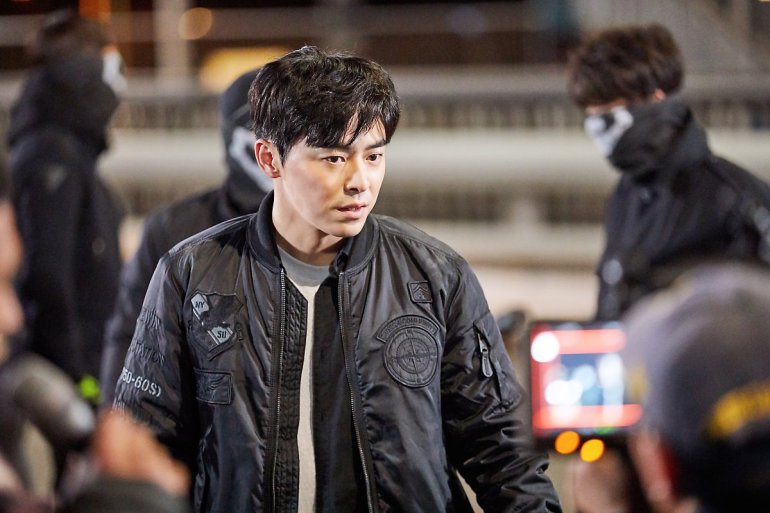 From the courtroom to the police precinct!

Two Cops is the story of dedicated violent crimes detective Cha Dong-tak (Jo Jung-suk) who finds himself cohabiting his own body with the soul of sleazy con artist Gong Su-chang (Kim Sun-ho). I was really impressed by the first episodes mainly because of Jo Jung-suk’s excellent acting. Man, this actor can do anything! I found myself in awe as he threw those punches and kicked asses during fight scenes, then, I was laughing out loud when he looked like an idiot trying to get out of his own body. Moreover, you can really see the difference when he’s Dong-tak and when he’s Su-chang, a clear proof of his acting talent. On the contrary, Hyeri was such a pain to watch. She’s ought to portray a determined and feisty rookie reporter but she continued to give off those Duk-seon vibes. The only times I really liked her were in the romantic scenes she’s with Su-chang (in Dong-tak’s body), because there’s chemistry all over the screen, which is still a credit to Jo Jung-suk, haha. And for abs lovers out there, you have to see Jung-suk randomly flashing his in one of the police precinct scenes.

Verdict: Ignore Hyeri to continue enjoying the show. And yes, this drama is set to have an episodic review in Ahjummamshies courtesy of Tipsy Ahjumma. 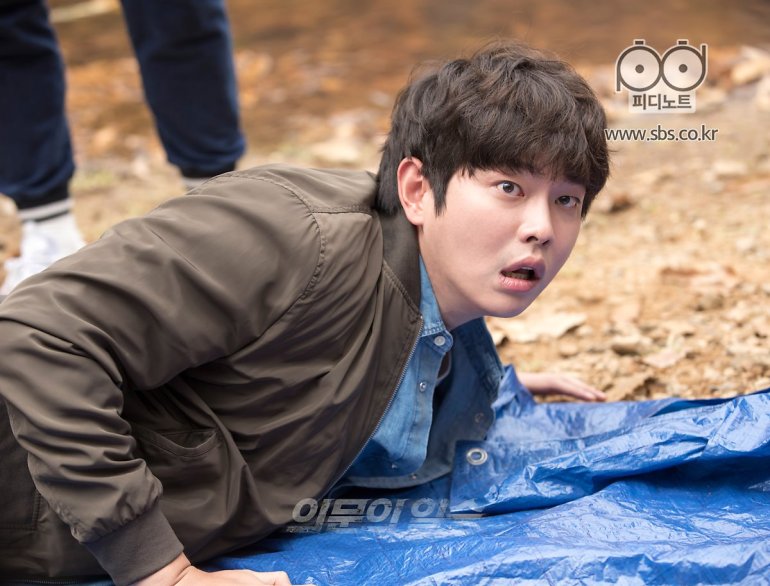 Now if there’s a new drama that successfully had my adrenaline rushing and eyes welling up with tears, it’s Doubtful Victory. This new SBS drama is about a framed escapee turned fake police detective Kim Jong-sam (Yoon Kyun sang) who takes down bad criminals. I watched this show with little expectations, only to be left surprised in a very positive way. The car chase, the mission to save his best friend’s sister, and the need for him to return to his prison cell before the headcount had me on the edge of my seat, breath held, silently praying for Jong-sam not to get busted. The backstory explaining why he and his best friend ended up in jail and his mother’s death made me rooting for him more. And if Hyeri was such a disappointment in Two Cops, Jung Hye-sung was a revelation in this show. You need to see her execute those action stunts flawlessly. We must have found another female action star.

Verdict: Doubtful victory? I don’t think so. This is certainly a must-watch people. 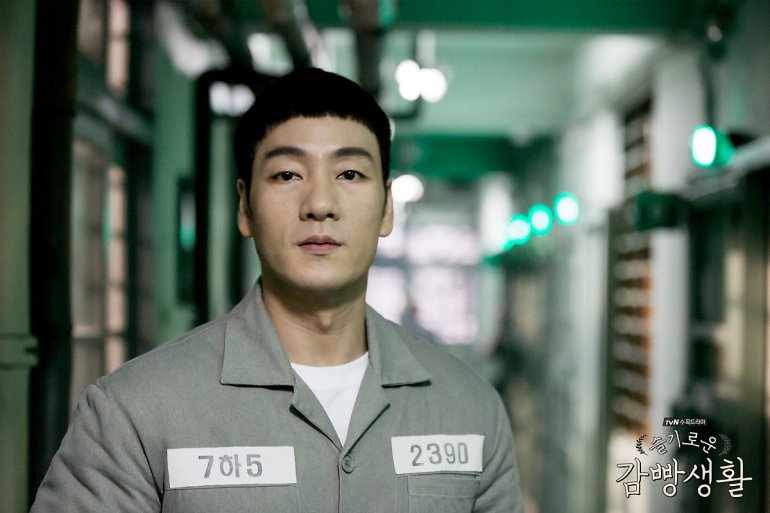 When most of our new dramas opted to be fast-paced, explosive and full of action, Prison Playbook decided to take the quiet path. Directed by PD Shin Won-ho, who also helmed the critically acclaimed Reply series, Prison Playbook revolves around the everyday life of people living within prison walls with the story of baseball star-turned-convict Kim Je-hyuk (Park Hae-soo) in the spotlight. True to PD Shin’s reputation for casting actors with ‘smaller names,’ the first two episodes introduced me to an ensemble of actors I encountered for the first time, well except for Park Hae-soo, Jung Kyung-ho, and Krystal. However, that fact doesn’t equate to seeing amateurish acting on the screen, because these artists outstandingly breathed life into their characters. There were a lot of interesting characters like Law Man (Kim Sung-cheol) who made me cry ugly tears when he thanked Je-hyuk for helping his mother, and Chief Jo (Sung Dong-il) who’s a skilled and experienced prison guard chief but also crooked one (He’ll make your blood boil). Main protagonists Kim Je-hyuk and Lee Joon-ho (Jung Kyung-ho) embody differing views on people: Je-hyuk appears to be stoic and quiet, but someone who believes in the goodness of people; while Joon-ho, who seems to be the warmer one, demonstrates great distrust in people in the prison. The soundtracks used are also varied ranging from hip-hop to classics, and the camera movements were stylish giving this drama a fresh appeal. Lest I forget, Krystal is proving her potential as a good actress here by playing Je-hyuk’s ex-girlfriend. You gotta see her display a range of emotions despite very short scenes.

Verdict: If you want an immersion inside a prison cell, then Prison Playbook is perfect for you. Also, you’ll end up seeing Park Hae-soo in a different light after the first episode. How could he become an oppa overnight! 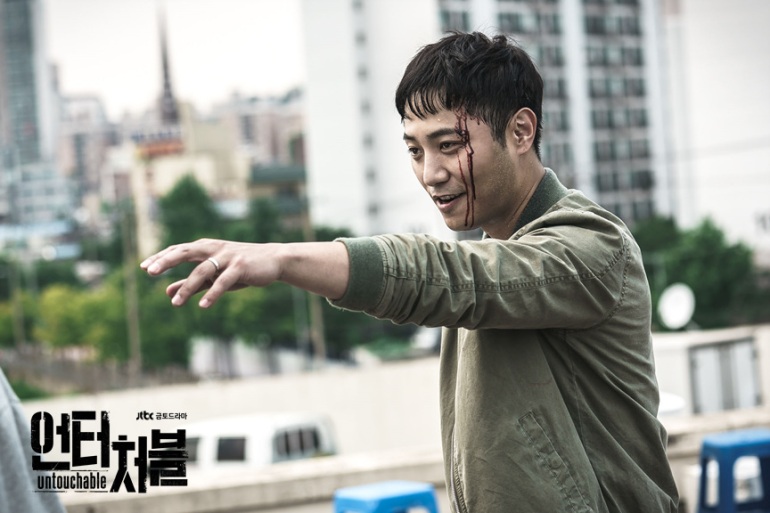 Now to the last drama in this batch of premieres–Untouchable which is a drama centered on the power games and hidden secrets of Jang family who has ruled the city of Bukcheon for three generations. Seems really heavy right? Because it is. Well, I have to admit it, I fell asleep many times watching this series. Maybe I had too much of these ones with complex plots that it was actually hard for me to follow what’s going on. All I can remember is Jin Goo running after a culprit, getting hit on his head with a bottle, and almost falling to his death during the chase. This one has a lot of morbid and painful scenes, so if you’re not ready for it, then save yourself. But if you’re willing to brave everything for the love of Jin Goo, then this drama may be worth-sacrificing for.

Verdict: I’d rather left it untouched.

What are your thoughts?