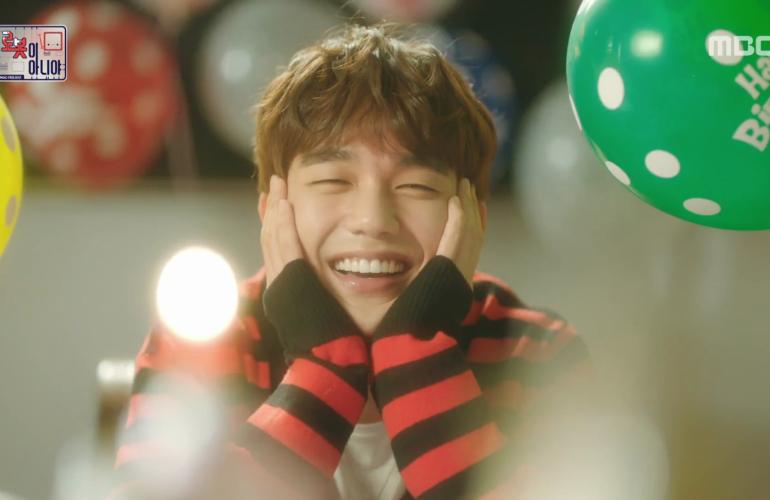 We are really near the end of 2017 as K-dramas get weirder by the day. I initially thought the premise of I’m Not a Robot was a refreshing one with a promising main couple. I signed on because of Yoo Seung-ho, but I admit he is still Harry Borrison in my eyes. I still haven’t gotten used to him in the rom-com territory, so let’s hope things will get better (not weirder!) as the story unfolds.

Weird is the new normal

We kick off with young chaebol Kim Min-kyu (Yoo Seung-ho), a robot enthusiast who has this undetermined (yet severe) allergy to humans. His medical condition is so advanced it still hasn’t been named yet. He lives his life feeling content in solitude, and earns an enormous amount of wealth while working as the head of board of directors of KM Financial. Can I just say this hero has one of the most powerful introductory scenes in K-dramaland this 2017? The moment I saw his human allergy in action, I knew we were in for an extraordinary ride. We witness Min-kyu causing public inconvenience by ordering his employees to hide or stay away whenever he is around. Whoever fails to obey will get a pay cut. Ouch.

Hong Baek-gyun (Uhm Ki-joon) is a research scientist who created the humanoid Aji-3 (Chae Soo-bin). I was initially taken aback by the way Aji-3 was presented in the story as a robot with realistic human qualities, but then the android only reacts to the information fed to her through the technology created by Ki-joon’s Sta. Maria team. Can someone enlighten me what year are they using in this timeline?

Our newest drama heroine Jo Ji-ah (also Chae Soo-bin) is a part-time re-seller of limited edition toys, and entrepreneur wannabe. Her eerie ex-boyfriend Baek-gyun used her facial features as the model for Aji-3, which made sense to me now because the teasers got me asking why the heck would she “pretend” as an android when she obviously looks so human.

In an attempt to save his R&D team from an impending sellout, Baek-gyun offered Aji-3 to the very sensitive Min-kyu. Of course this hero is skeptical, so he asked for a trial period for the robot’s reliability. But the night before Aji-3’s delivery, the Sta. Maria team went on a drinking spree and sabotaged the whole thing. Baek-gyun was left with no choice but to renew ties with Ji-ah, and asked her to pretend as the human android Aji-3.  Suffering from debt, Ji-ah accepted the offer of her ex.

Yes, the pilot episode is weird, but I’m willing to give it a try as long as the story does not get crappy. The main leads showed a lot of potential for comedy, and seeing Kang Ki-young in another serious role (which is another weird bit in this drama) is so exciting. I feel like he has switched genres with Yoo Seung-ho, and I am willingly on board.

Yoo Seung-ho is a buff young lad in this drama!

Is it weird of me to think that the highlight of this pilot episode was when he celebrated the birthday of his vacuum? LOL!!!

I now have high expectations with this hilarious Sta. Maria team! Looking forward to more funny bits with them 🙂

Now that Ji-ah is already in action as Aji-3, how long can Min-kyu last in this dumb situation? 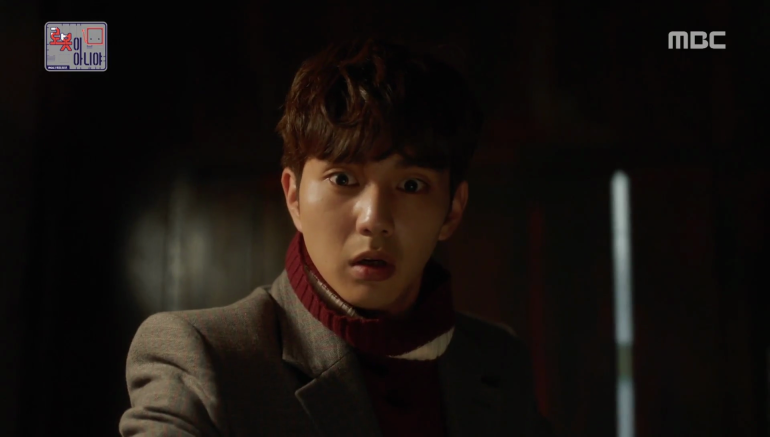 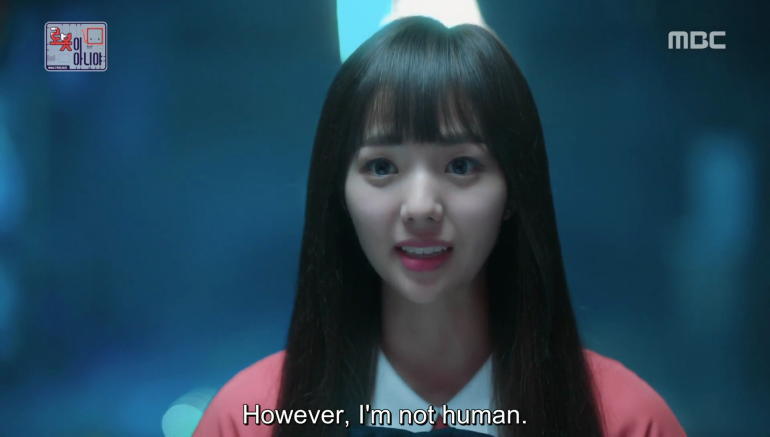 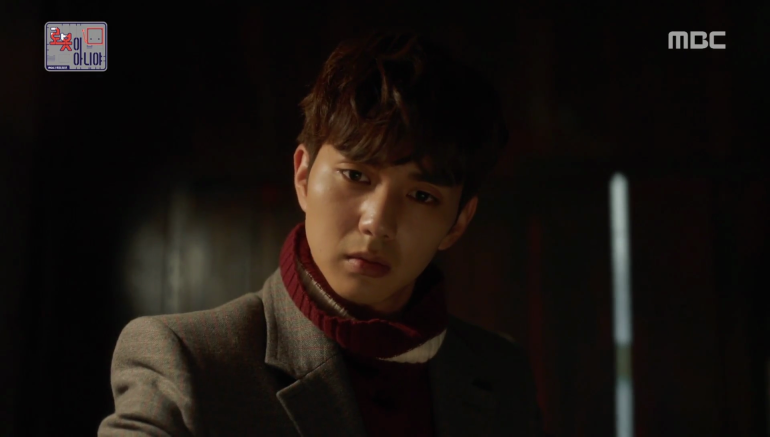