“You have a past debt that you haven’t repaid yet.”
~ Miss Bong

Two Cops Ep 7-8 is starting to unravel the connection of Cha Dong-tak and Gong Soo-chang. The homework of fate they need to finish has to do with delinquent juvenile Cha Dong-tak tricking (or maybe he didn’t, we still don’t know yet) an innocent Gong Soo-chang that he’ll help catch the man who framed his father in exchange of the pendant. Soo-chang’s father is framed for what? We are yet to find out.

With the looks of it, Two Cops will travel the road of meeting as children torpe. We’ve already figured out Dong-tak and Soo-chang’s link in the past. I’m wondering now how Song Ji-an’s father, or his death, to be precise, is connected with the Charming Conman and the Charismatic Cop’s web of karma. Maybe he’s the detective that Dong-tak referred to as “the first adult” he met and changed his life.

It’s obvious that LeeDoo-sik, a.k.a. the Masked Rider they caught, is not the real killer. Even without Soo-chang’s help, it’s too early in the drama to have the culprit.

And speaking of the perpetrator, there are two scenes that bugged me about Prosecutor Tak Jae-hee being the bad guy. First, he’s back is aching which might be a clue that he’s the person who attacked Dong-tak in the precinct and was hurt by the cabinet that Soo-chang pushed.

But on the other hand, his scene with his father made it appear that he might actually be a good guy? He seems to be bothered by the fact that Doo-sik’s trial is just for show. His father berated him and reminded him how he once insisted that a suspect is innocent until proven guilty and released a criminal he practically had. This case appears to be connected with the case of Ji-an’s father since Jae-hee’s dad asked him to call the reporter some time.

I don’t know if I just watch too many crime series that I’m starting to profile the characters but something’s telling me that Jae-hee is not pure evil and might be a person who’ll help them with Hang-joon’s case.

On the contrary, I have this gut feeling that there’s more to Hoya’s, Sung-Hyeok, character than meets the eye. There’s like a pit in my stomach telling me that he’s sketchy. I can’t explain what exactly it is but he’s timing is just too perfect for everything.

Soo-chang pestering Dong-tak to let him inside his body could be my favorite thing next to shirtless Jo Jung-suk.

Ko Bong-sook almost made me tear up in this scene. She goes, “Darn it 110 dollars? That’s not enough money for Soo-chang’s surgery. Soo-chang, don’t worry. I’ll pickpocket as much as I can too bring the best doctor for your surgery. So trust me, okay?” It’s so wrong yet it sounded so sweet.

The following are the evidence that Dong-tak is falling for Ji-an. 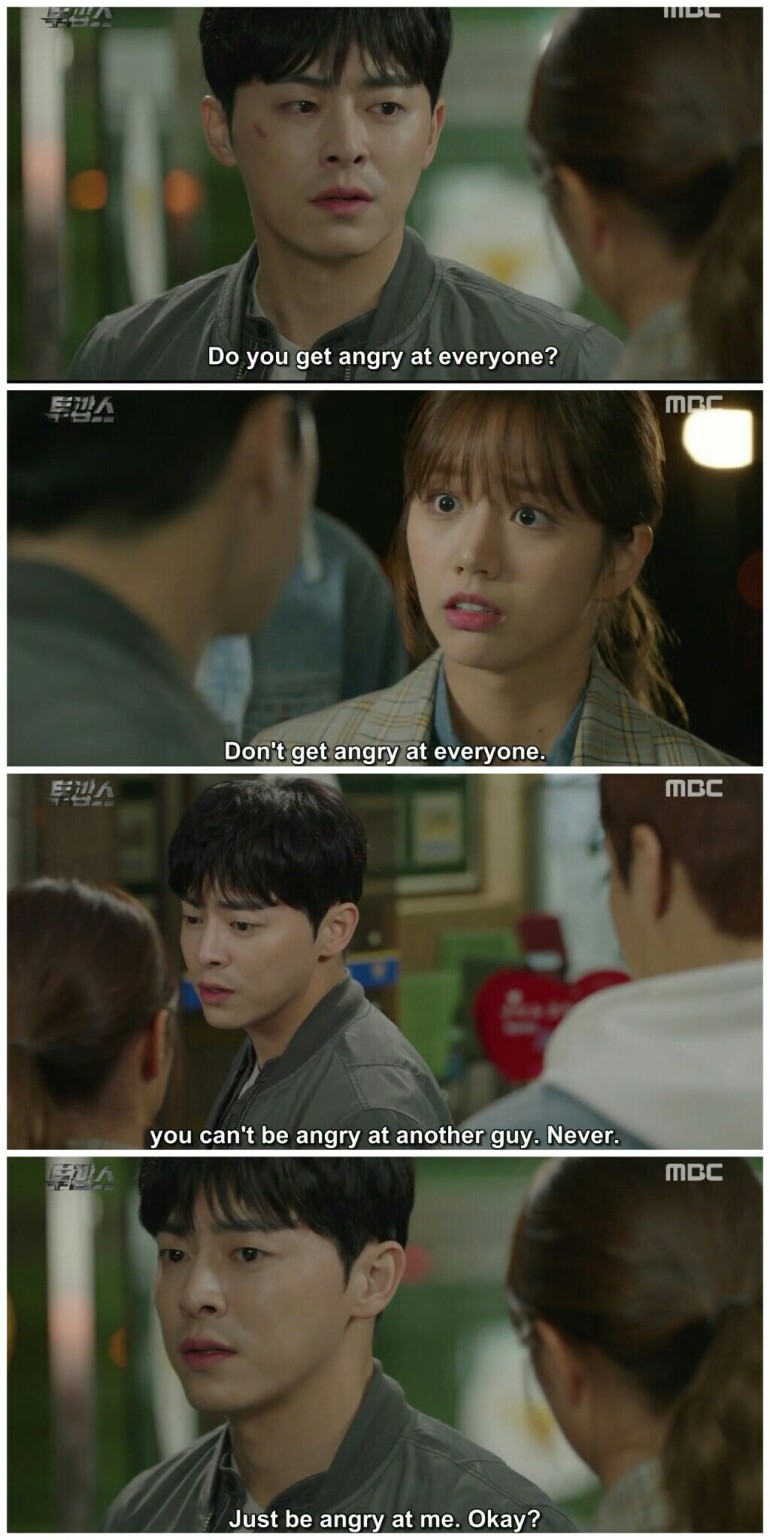 ❤ My heart thumped real hard in this scene.

But then ha! Got trolled by Dong-tak!

Dong-tak helped this teenager (Choi Won-hong) who punched a convenience store owner after giving his back-pay in coins. Our dashing detective is also investigating the case of this lad’s girlfriend who was abducted by crooks posing as headhunters. Does he look familiar to you?

This young actor got a long list of dramas under his belt. Choi Won-hong debuted at six with the 2006 KBS2 drama Great Inheritance. He then worked on various shows as a child actor and played as Kim Hyun-joong‘s younger brother in Playful Kiss. 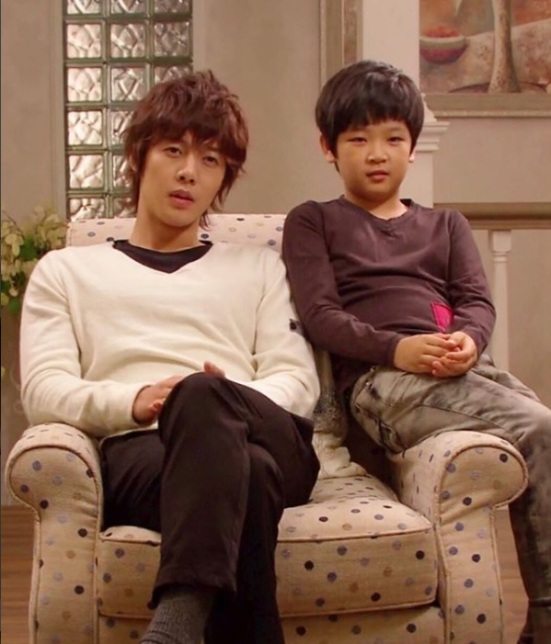 In 2012 he played as the young Prince Lee Gak (Park Yoo-chun) in the SBS time slip drama Rooftop Prince.

In 2016, he took part in tvN’s Pied Piper and recently appeared in OCN’s Black.

❤ Two Cops Ep 7-8  left us hanging on a cliff  with both Soo-chang and Dong-tak finding out the string from the past that binds them, and both running to save Ji-an from a speeding car.

I can’t wait to watch Episodes 9-10 since our Charming Conman is now back in Dong-tak’s body! And as Soo-chang said, shall we have some fun?