Is it me or is Gong Soo-chang starting to get scary? I don’t know why I have this uneasy feeling that he might get greedy for Song Ji-an’s affection and may possess Cha Dong-tak’s body for good.

Greed Will Cause Pain

Let me expound. While I do appreciate Soo-chang for helping Dong-tak in talking to the spirit of the abused girlfriend and for clearly trying his best to solve the case, I’m a bit bothered by the fact he gets annoyed whenever Ji-an mentions Dong-tak.

The way that he reacted when Ji-an mentions how things work out when they’re together and the way he said “don’t talk about him when in front of me” made me anxious.

I felt agitated when he and Ji-an kissed, but what disturbed me the most is when Soo-chang referred to the bracelet he gave to Ji-an as handcuffs and told her, “From now on, look at me and be with me, not him.” I realize that in most series with spirits as characters, the worst enemy they have is themselves whenever they get greedy.  Or maybe I just watch too many dramas and is getting way ahead of myself hahaha, mianhae. 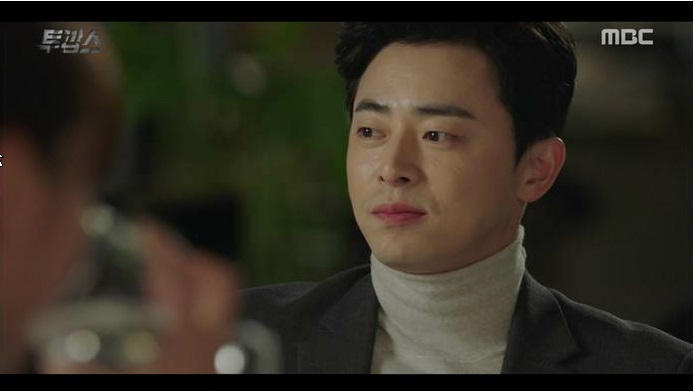 It looks like the K-Drama genies are pushing Dokgo and Ko Bong-soon’s love line ❤ It was hilarious when Bong-soon thought that the cop will pay for her shopping spree. 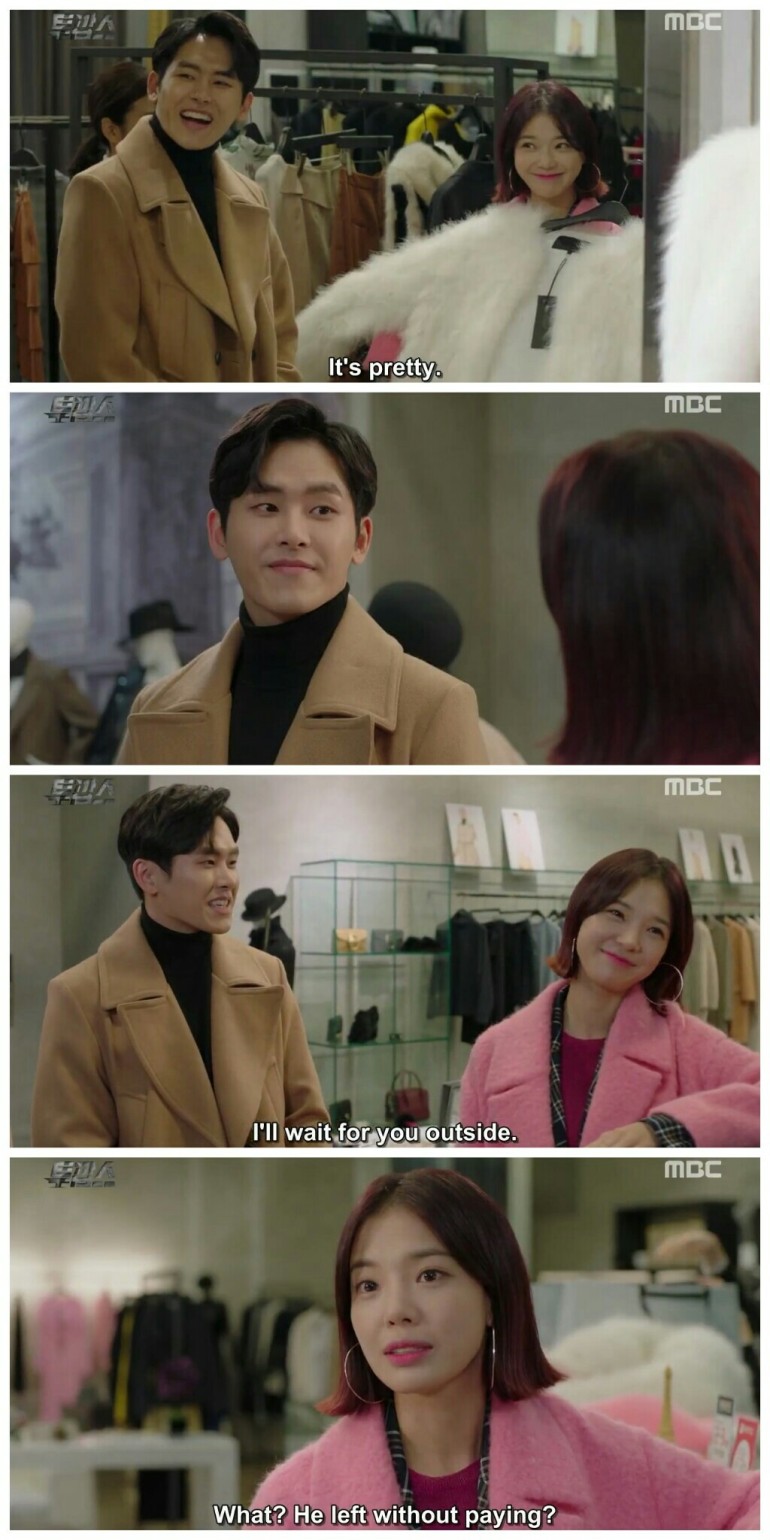 It hit me when PDnim showed how Dokgo looks at Bong-soon the way she looks at Soo-chang.

This prosecutor oppa is making my heart beat fast again when he decided to grant Dong-tak’s request for an arrest warrant on the case they are working. He even indicts the suspect with a graver offense despite discouragement from his staff. 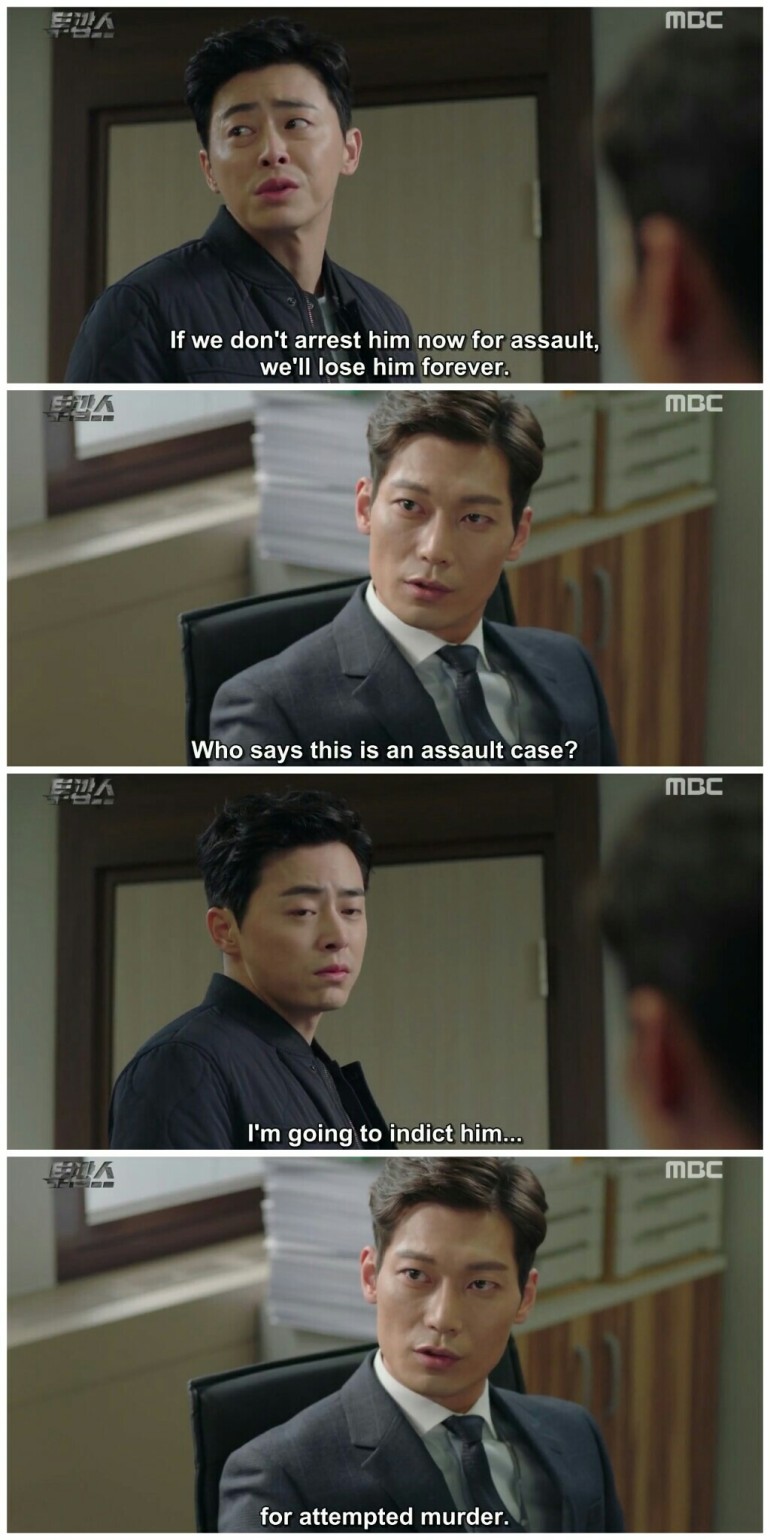 This just strengthens my theory that Tak Jae-hee may aid the trio in resolving the case that entangles their faiths.

Here’s an English-subbed clip of Two Cops‘ behind the scene filming. Enjoy!

❤ Two Cops Eps 15-16 ended with Dong-tak getting furious at Soo-chang after realizing that the conman ignored his warning not to get close to Ji-an again. I’m wondering how Ji-an will react to Dong-tak’s rage, let’s find out in the next episode.