Two Cops is now driving full speed in unraveling the mysteries surrounding the accident that links our leads’ web of karma. With the introduction of new antagonists, Cha Dong-tak and Gong Soo-chang’s quest for truth gets more complicated.

A Trail of Clues

Detective Park’s integrity has been tested for a few episodes now, and I am more than proud of him for having the courage to return the money Jo Min-seok gave to his wife and for calling out Commissioner Noh on setting him up to meet the chaebol heir. 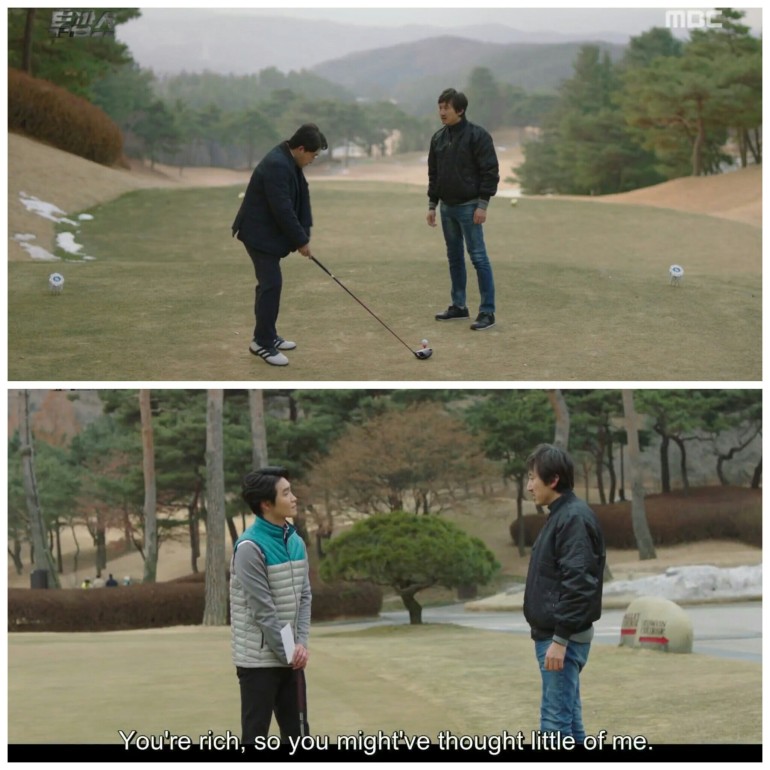 Superintendent Ma is now earning good karma points. He burst out with anger as he chides Commissioner Noh for taking advantage of “one of their own.” He also gave a big puzzle piece to Dong-tak when he advised him to probe the hit-and-run case his team is working on because it will help in solving Jo Hang-joon’s murder.

Let’s now try to straighten things up a bit. We all know that Chief Prosecutor Tak was the one who covered Soo-chang’s accident from 16 years ago, we also know that Song Ji-an’s dad took the blame and died a corrupt detective in the eyes of the public. What I’m itching to know now is Chairman Jo and his son’s exact involvement to the mishap. And what did Chief Prosecutor Tak mean when he said he asked a detective to destroy evidence on “behalf of his son?”

Ji-an and Dong-tak are now back together! That’s it, kekeke

Lee, Park and the Tale of the Red Scarf

Well, these two are back together as well. It’s nice to see the whole team working hard to solve the hit-and-run case even after Detective Park was fired when he came out clean of the Jo Min-seok incident.

Detective Park gifted Detective Lee a red scarf, and maybe it’s his lucky charm as they were able to arrest Jo Min-seok. 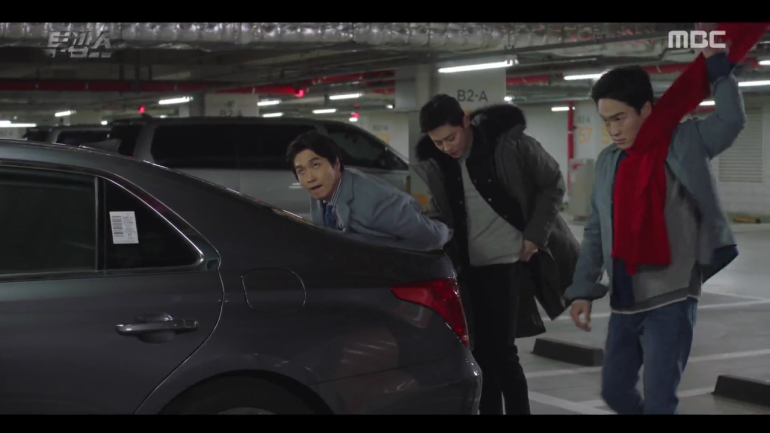 I see no difference. 😀 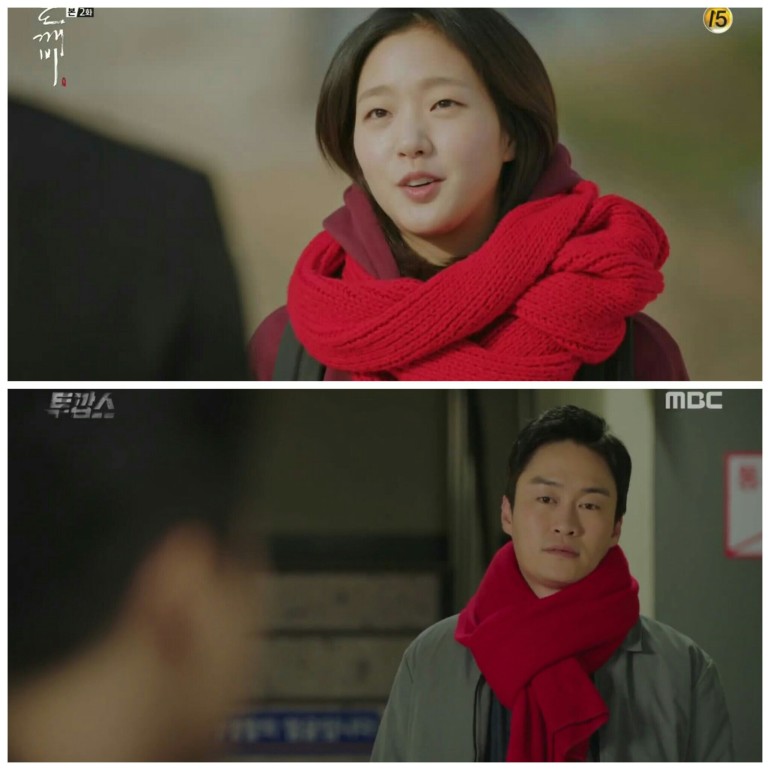 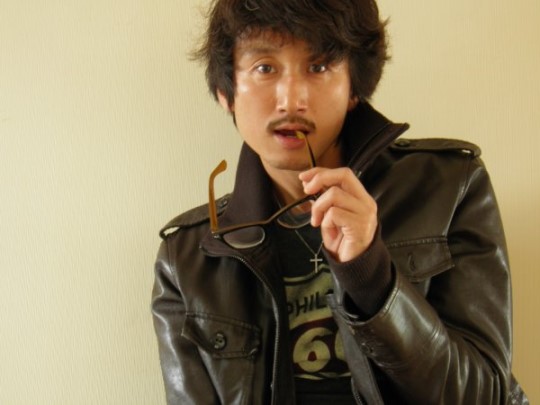 I have a confession, I freakin hate Detective Park! Well, at least the way he acted in his previous drama, Ruler: Master of the Mask. Actor Kim Young-woong has participated in movies as early as 2001 with the action film Guns & Talks, which stars Shin Hyun-joon and Won Bin among others.

He also took part in several TV dramas where he mostly play supporting roles. In 2015, he had a minor role in the JTBC drama My Love Eun-Dong and appeared in another JTBC series in the same year with Last. 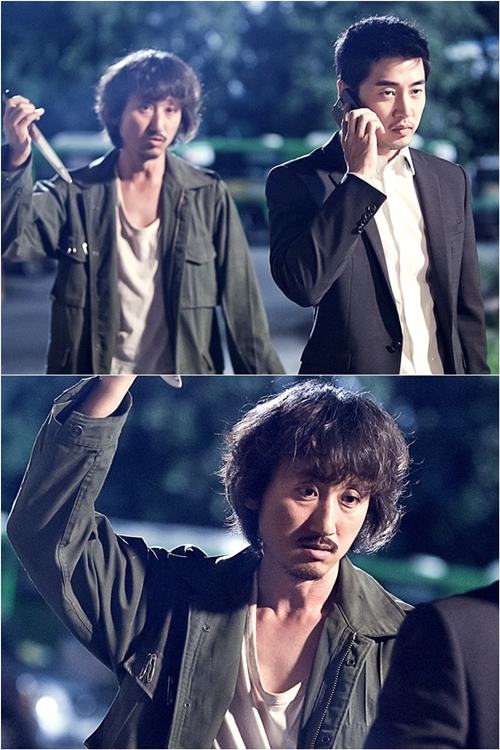 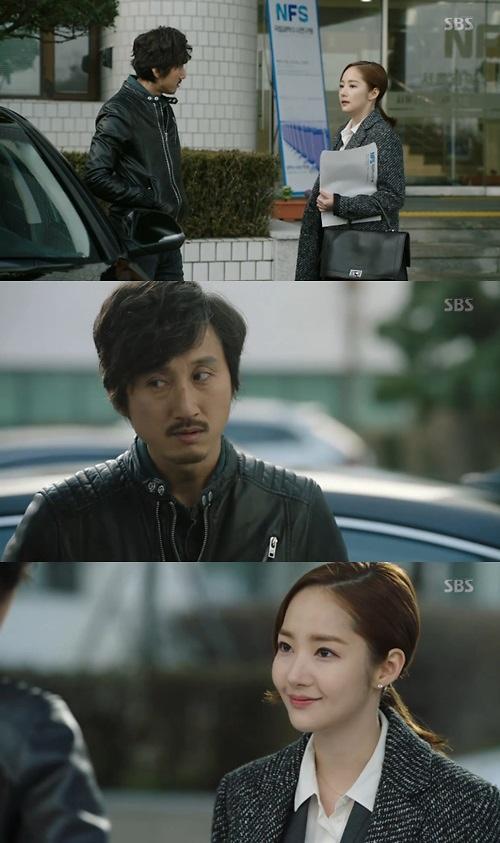 ❤ I’m wondering how things will turn out after Soo-chang discovers that it was Ji-an’s dad who destroyed the evidence that could have proven his father’s innocence.