We’ve got the first two official 2018 dramas and they’re polar opposites, I must say. I’m hoping this year bring us more exciting and fresh contents and based on these two, it looks like we’re in for a mixed bag. 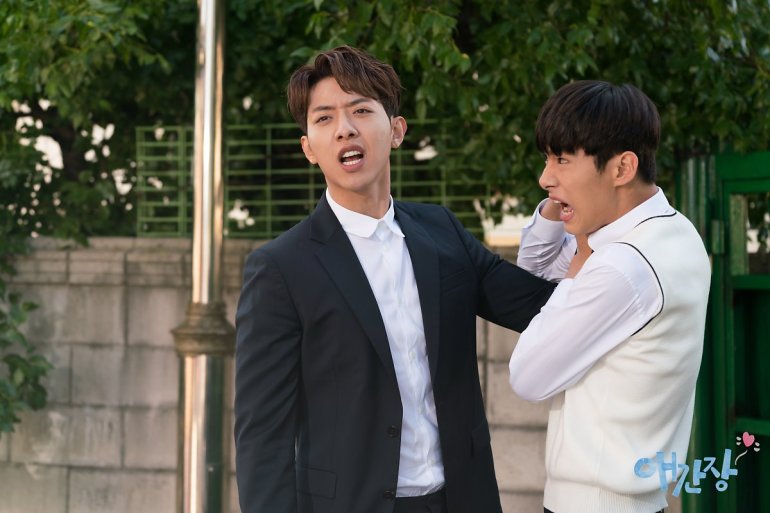 Longing Heart is OCN’s third foray into the romance genre, but it was produced by SBS Plus for a web-drama. It’s about Kang Shin-woo (Lee Jung-shin), a math teacher who cannot forget his first love (Lee Yeol-eum) from ten years ago. He travels back to the past by accident and there, he meets his younger self (Seo Ji-hoon) and does all he can to make his one true love come true. It has a great premise on paper, but watching it would make you think otherwise. There are lots to complain about this short drama: Lee Jung-shin’s poor acting, the unnecessary music scoring, and the absurdity of how the plot was told by the director. The scenes appeared rehearsed and the OSTs felt like they were used to impose on the viewers how they should feel about the scenarios. At first, I was totally in for two actors playing the same character, only if that was used across the entire cast. How could Shin-woo be the only one who didn’t change in appearance? Was the production cost-cutting?

Verdict: I think the biggest mistake of Longing Heart was that it attempted to rush the development of the story because of its number of episodes. It made me want to go back in time and tell myself not to waste my time on this one.

If Longing Heart turned out to be one big disappointment, Return was really a pleasant surprise. I came to watch it with no expectations, but this one proved to be very promising. The drama is about popular lawyer Choi Ja-hye (Go Hyun-jung) and detective Dokgo Young (Lee Jin-wook) who got dragged into a mysterious murder case which involved children from rich upper-class families. Choi Ja-hye and Dokgo Young both managed to be very interesting characters (despite us not yet having insights on their backstories), thanks to the portrayal of Go Hyun-jung and Lee Jin-wook. The high society, as portrayed by the four friends (Shin Sung-rok, Park Ki-woong, Bong Tae-gyu and Yoon Jong-hoon) and the people around them, appears to be really dirty and scandalous. There’s extramarital affairs, drug use, and dark secrets waiting to be exposed. That set-up is also what I think made Jung Eun-chae’s meek character stood out. She’s pure and naturally kind, which sets a great contrast from the rest of the mix. With the real killers revealed in the third and fourth episodes, I’m excited how our good guys and the baddies will try to outsmart one another.

Another thing I really like about this show is Ja-hye and Kang Young-eun (Kim Hee-jung)’s team-up. It’s rare to see, in dramaland, two capable and brave women going out and about to investigate a crime.

Verdict: If Return will be able to keep all the good things (engaging plot, excellent directing, complex characters) it displayed on its first episodes, then I’m in for the long and thrilling ride to redemption this drama has to offer.

Have you watched any of these shows?