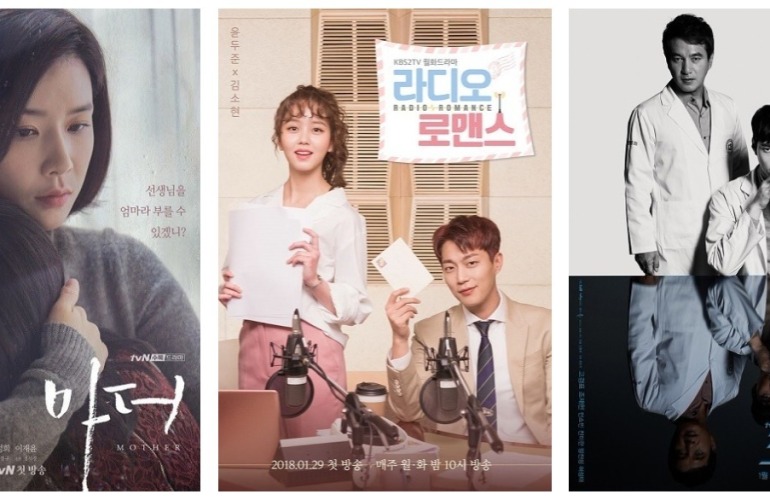 We’ve got three interesting pairs from our last set of January dramas: a mother and daughter who are not really blood-related; an aspiring radio writer trying to cast an aloof superstar for her show; and a young doctor seeking to take revenge against his adoptive father. 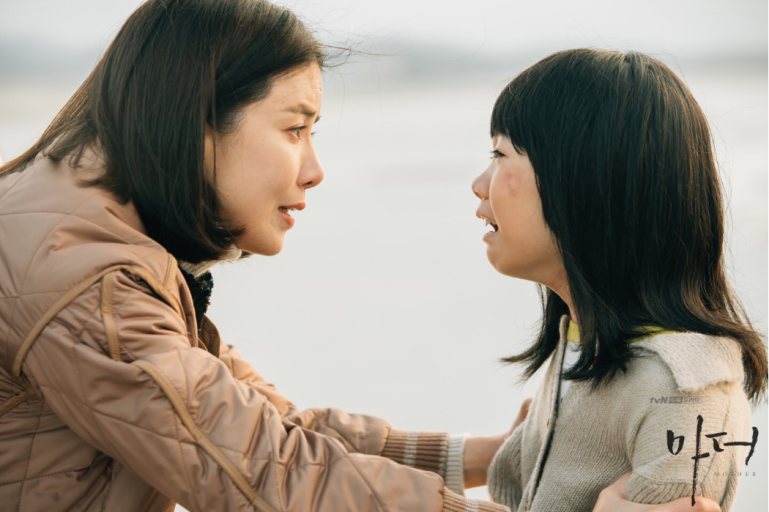 I came in with high expectations for Mother largely because of the great reviews I read about the original material which was a 2012 Japanese drama. Mother is about a teacher who abducts her student to save her from domestic violence. Child abuse is a rare subject in dramaland so I’m pleased that it was depicted with caution but the drama still managed to convey the severity of the issue. Lee Bo-young was great in her portrayal of the reserved and cold teacher Soo-jin but it was child actress Heo-yool who stood out. The little girl, despite her young age, has shown so much depth in her acting and is much better than most of those idols-turned-actors (don’t curse at me fans). The first two episodes were not as tear-jerking as I expected but were good enough to convince me to get on board and follow the journey of Soo-jin and Hye-na as they discover the true meaning of family.

Verdict: Mother has no love lines, bromance, or fantasy elements, unlike the many dramas that are hitting our screens today. It’s not everyone’s cup of tea, but you seldom see a show tackle an issue prevalent in our society today so you might consider watching it. You might also want to follow my episodic reaction to this tvN drama only here in Ahjummamshies. 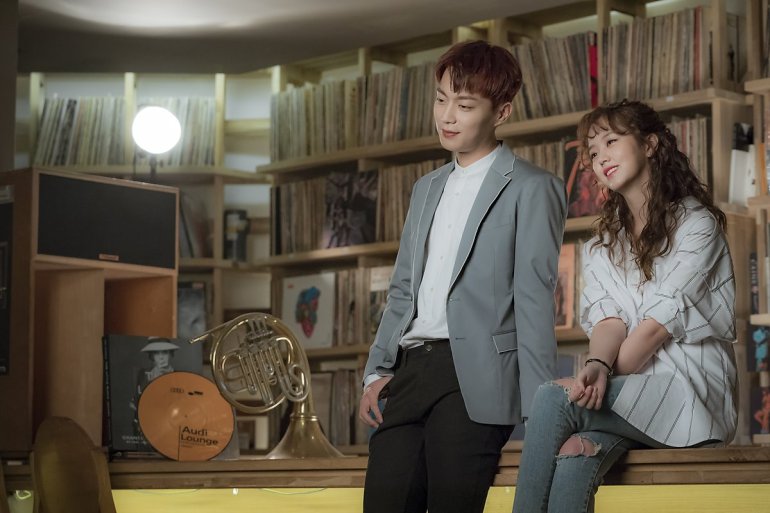 To a lighter one this time–Radio Romance. This drama is about neophyte Song Geu-rim (Kim So-hyun) who needs to cast superstar (Yoon Doo-joon) to a new radio program to have a shot of fulfilling her lifelong dream of becoming a radio writer. Kim So-hyun and Yoon Doo-joon have electrifying chemistry, and both have delivered excellent acting in their respective roles. The biggest problem with this show is that it feels too familiar. I discussed this with Unica Ahjumma (who will deliver you its episodic reactions) and we’ve both agreed that this drama has a lot of cliches we’ve seen in past dramas. We’ve got this poor but hardworking heroine who meets her haughty but emotionally wrecked leading man and the two fall in love with each other. It’s your typical rom-com, however, I have to admit that I was drawn to the screen whenever Doo-joon and So-hyun were on the screen together. Maybe, that’s enough to convince you to watch it? Heh.

Verdict: The title Radio Romance is very befitting of the show: you’ve got radio, you’ve got romance. 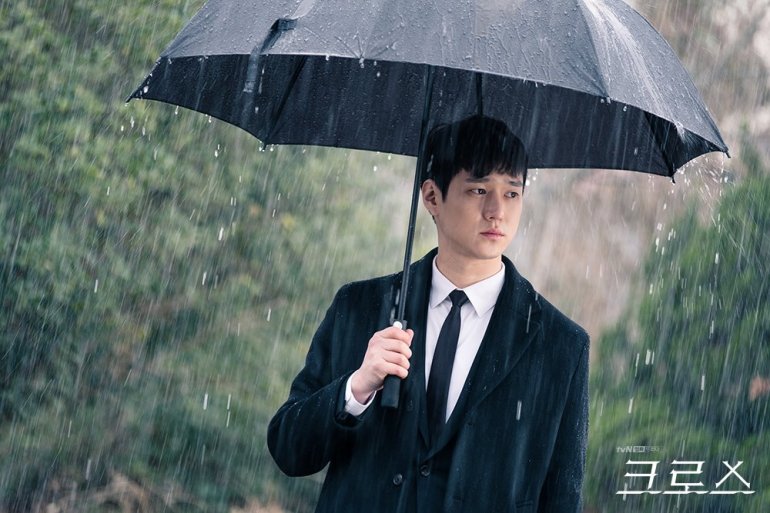 Cross
Network: tvN
Genre: Medical, Thriller
No. of Episodes: To be determined

Lastly to the drama that surprised me the most (for a lot of good reasons).

The story of Cross revolves around a young doctor named Kang In-kyu (Go Kyung-pyo) who is seeking to avenge the death of his father, who was brutally murdered, and his younger sister whose body organ was donated without his consent. The drama is a mixture of the medical and thriller genre. It was the first time I see Go Kyung-pyo play a cold character and he’s very good at it. His sharp stares were enough to give me chills. There were a lot of tensions between the characters but I’m warning you there’s a lot more blood. If you have a weak stomach, then you might be watching this drama with a squint eye all throughout the episodes, because the surgical operations are just very graphic. Amazing though, after I braved to watch them without a blink, I kind of get used to it, maybe that’s what you call desensitization. Organ donation and transplant is at the forefront of this show which turned out to be what I like the most about it. It explores the process of organ donation in South Korea and the stigma around it. I like how the drama tackled organ donation from two perspectives: one, from the family members and why they’re usually opposed to it, and secondly, from the voluntary donors themselves and how they see it as doing a good deed by letting others live with their body parts.

Verdict: This one of the dramas that have got a boring pilot episode but managed to pick up in the second one. I was crying so much at the end of the second episode but I guess you have to check it yourself not to spoil the fun. The medical genre is quite overdone in dramaland, but this one offers a twist that somehow makes it unique so you better watch it.

Have you seen any of these new dramas? What’s your first impression so far?