It’s time for the bride to fulfil her vow to her groom. 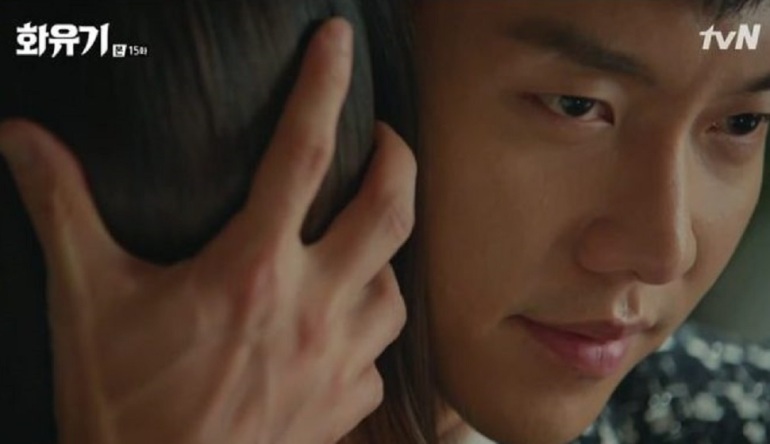 As expected, Son Oh-gong (Lee Seung-gi) was not fooled by Ah Sa-nyeo’s attempt to embody Jin Sun-mi (Oh Yeon-seo). She may have Sam Jang’s body but she could never be like her. The Great Sage had to endure to see all of this unfold before his eyes as his real bride stubbornly refuses to call him. And so the Secretary Ma (Lee El), Jeo Pal-gye (Lee Hong-ki), Chairman Sa Oh-jeong (Jang Gwang), and Ma-wang (Cha Seung-won) had to prepare the wedding of these bad couple, which resulted to some chucklesome sequences. But the tension in the air was quite palpable. How could Lee Seung-gi and Oh Yeon-seo suddenly act like they were mortal enemies when one episode ago they were the loveliest couple I’ve ever seen? 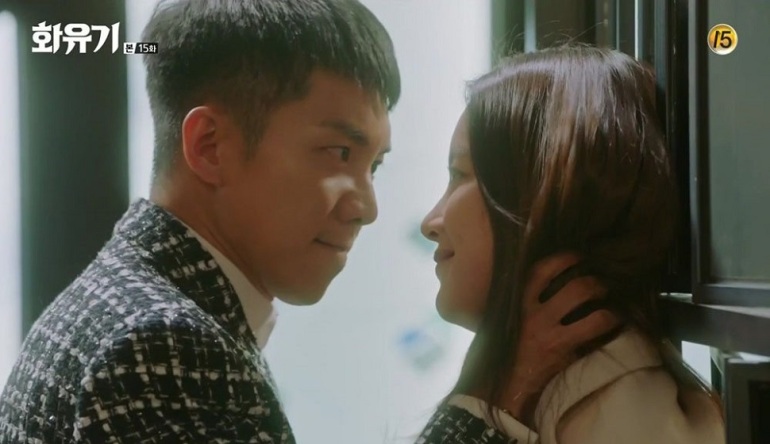 When Oh-gong finally confronted the priestess about her scheme, Oh Yeon-seo’s acting chops really stood out. The distinction between the real Jin Sunn-mi and the possessed one was noticeable. I think this episode really utilised both Seung-gi and Yeon-seo’s skills. (Great job writer-nims!)

Oh-gong deduced from Ma-wang’s recollection of how the censer was stolen that Fairy Ha (Seo Eun-woo) wasn’t really involved with General Frost’s (Sung Hyuk) betrayal. Oh-gong had to threaten the poor fairy to tell him where her brother is.

A lot happened in this episode but the Winter General’s farewell to her sister touched me the most. The cold demon is determined to save his sister but it was the Summer Fairy herself that decided it was time for her to go. It was the only consolation in this melancholic ending. At least, she was able to say goodbye to his brother and save him as well.

Go All The Way

Our main couple has come a long way. Even though Seon-mi wanted to end their deadly fate by sacrificing herself, Oh-gong doesn’t want to surrender. All those tormenting scenes of him and the fake Sam Jang immediately fade into dust with that one tight hug they shared.

They have different ways of showing their love for each other; one would sacrifice herself while the other is willing to fight until the end. Regardless of how they approach their fate, I’m hoping these two would have a satisfying happy ending. This wish also goes for everyone in this series as they really deserved it.

It is time for the main lead to really shine. I’m sure there would be more climactic scenes as the storyline propels to its penultimate chapter but this episode really showcased both Seung-gi and Yeon-seo’s acting prowess. They portrayed those tension-filled scenes with an unbelievable finesse that it really contrasted their scenes as the most romantic and lovestruck couple in dramaland. This just made me more excited for what else is about to happen.

– Professor Kang Dae-sung (Song Jong-ho) is the final mission, I think. And the last conflict that they would resolve is the Geumganggo and the death bell.

– Secretary Lee Han-joo (Kim Sung-oh) and his funny scenes saved me from drowning in my tears. 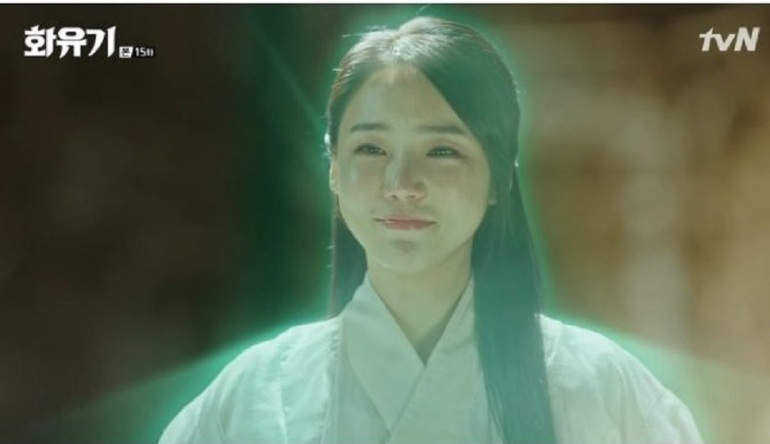 – I think this is the sleeping drug my insomniac-self need.