I’m so proud that Ji Soo-ho (Yoon Doo-joon) managed to confess his feelings to Song Geu-rim (Kim So-hyun). It’s a huge feat given the fact that our hero has an issue expressing his emotions. Keep it up, Soo-ho-sshi!

A TOP STAR IN LOVE 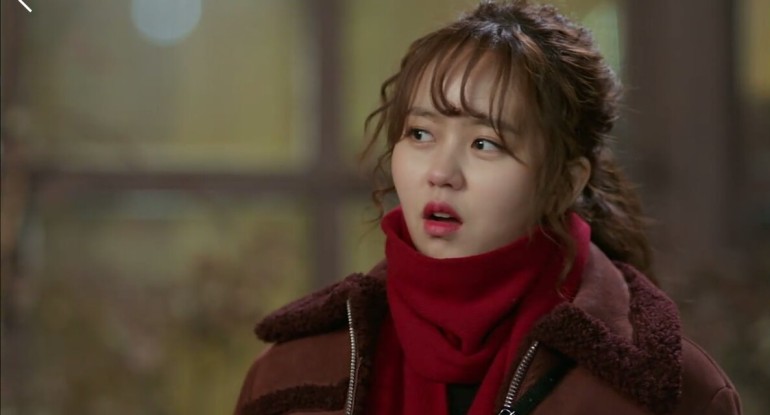 Soo-ho might be a top star, but he’s just like everybody else when it comes to love. He tends to be childish, jealous, and demanding to the person he likes because he wants her attention only for himself. But Geu-rim doesn’t seem to be very excited about the whole idea, and here I think are the reasons why:

Soo-ho can be a jealous freak. But why? I seriously find him very cute whenever he gets irked of Geu-rim and PD Lee Kang’s (Park Yoon) closeness! 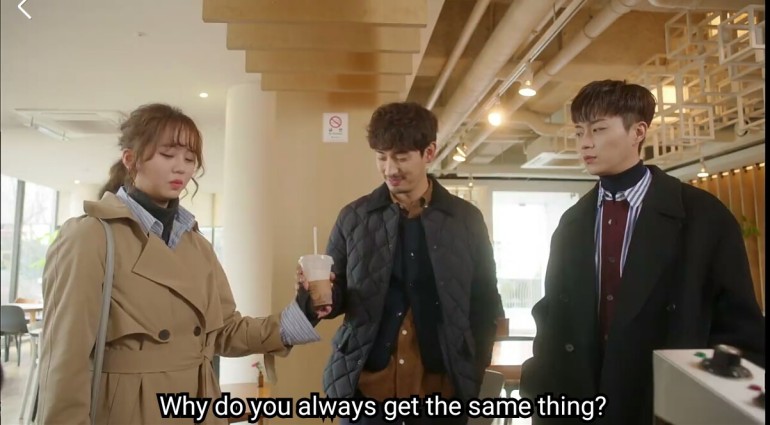 Soo-ho acts like a sulky child. Who didn’t laugh when Soo-ho gets unreasonably mad after Geu-rim stated that PD Lee Kang is an excellent producer and also the very first person who called her a “writer.” Soo-ho even compared the acting awards that he achieved from the age 15 and reminded Geu-rim that he’s now reading her scripts. So adorbs! 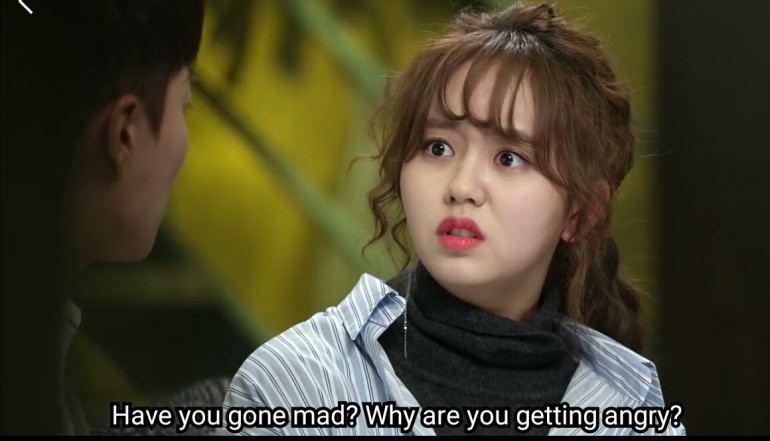 Soo-ho can be very clingy. Our hero asked that Geu-rim stays with him inside the booth to assist him while doing the broadcast. Is that really the reason or he just wanna stare at her secretly? Hmmm… 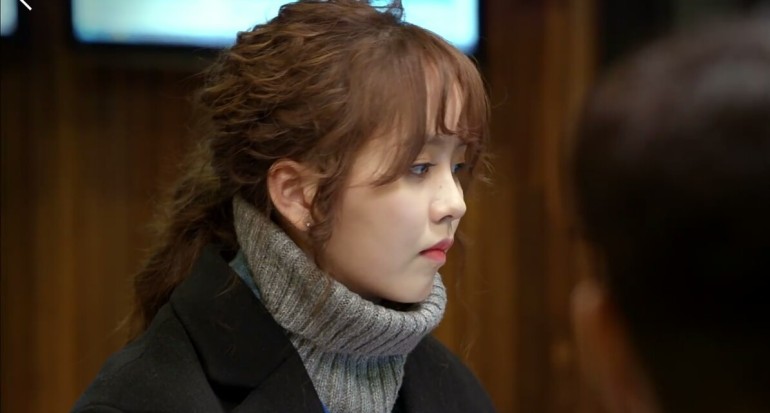 Soo-ho is annoyingly demanding. I still find him cute despite him angrily ordering Geu-rim to never ignore his calls ever again especially that she’s the one who asked him to buy a cellphone in the first place. If I were Geu-rim, I’d happily reply, “Yessir!” LOL. 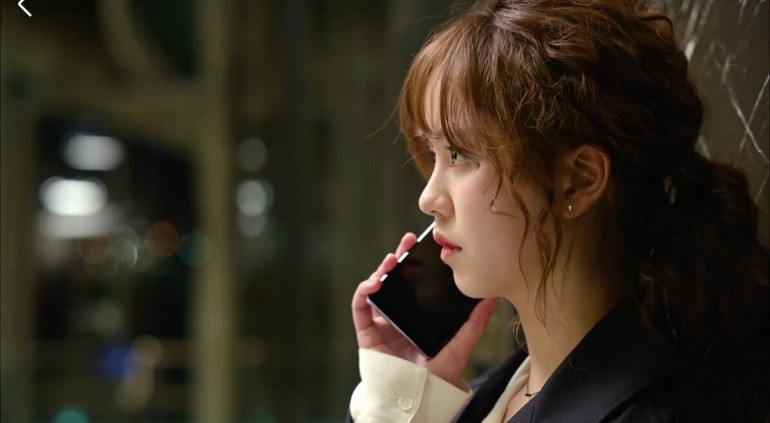 Meanwhile, on the positive side…

Soo-ho is sweet. Memorizing each word in Geu-rim’s script is one of the sweetest things he has ever done so far. Thanks to this, writer Ra Ra-hee’s (Kim Ye-won) dirty plan to sabotage their broadcast didn’t succeed.

Soo-ho can also be very romantic. Steak and wine at his home for dinner, anyone?

Lastly, Soo-ho will always protect the one he loves. He’s definitely not the type of guy who would just sit back and allow his manipulative stepmom attack his lady love. I felt so happy when he asked JH Entertainment CEO Nam Joo-ha (Oh Hyun-kyung) to be the one to leave his house instead of Geu-rim. Serves this evil ahjumma right.

I always pity those who resort to dirty tactics just to get what they want because it only proves how pathetic, insecure, and incompetent they are. Also, their evil deeds usually back fire on them especially if they’re conniving with a much more powerful and scheming force. Like these two ladies, Ra Ra-hee and Jin Tae-ri (Yura).

Probably she’s so desperate to win the ratings battle that’s why Ra Ra-hee attempted to sabotage Radio Romance by stealing the only copy of Soo-ho’s script. Fortunately, our hero already memorized the script so the plan didn’t succeed. I can’t help but hate this ahjumma. She seems to be a really good scriptwriter but her insecurity always overshadows this. She always puts Geu-rim down and has never treated her as a maknae because I believe that she feels threatened by the latter’s overflowing potential. Plus, her temper is really awful that I’m surprised PD Lee Seung-soo (Im Ji-kyu) still stays by her side.

On the other hand, Tae-ri’s obsession to redeem her acting career pushes her to resort to blackmailing. She seems to be triumphant now because she managed to steal the projects of junior actress Jung Da-seul (Seo Ye-seul) whom I can’t fully sympathize with because she’s also not pure. But I think tables will be turned any moment because CEO Nam isn’t the type who would just allow anyone to blackmail her forever. 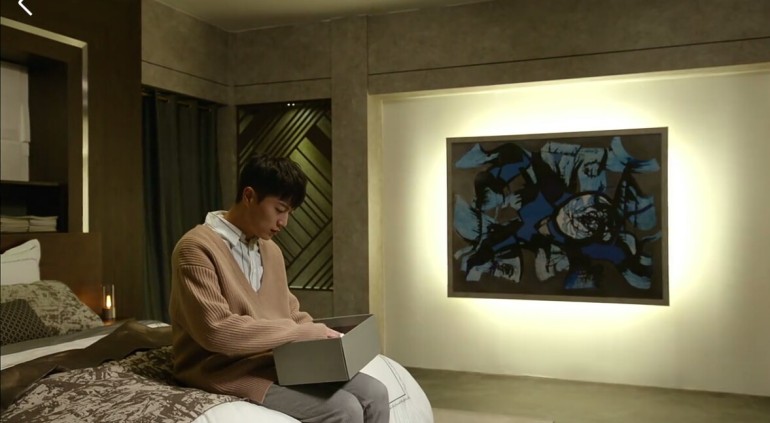 Are you as curious as I am as to why Soo-ho used his friend’s name Woo Ji-woo when he introduced himself to Geu-rim when they’re young? He also asked her not to remove her eye mask to see his face (so… the eye mask really played a huge role in this situation huh). Now, I can’t blame Geu-rim for not recognizing Soo-ho right away. I mean, even if there are a lot of clues connecting Soo-ho to the faceless boy she met at the hospital 12 years ago, it’s hard for her to think that he was him because they have different names. Could it be that my theory about Soo-ho and Ji-woo both liking Geu-rim is correct? And could it also be possible that Soo-ho stole Ji-woo’s identity to stay close to Geu-rim?