“The world is the same as before but you’re not here anymore.”
– Son Oh-gong, Hwayugi Episode 19 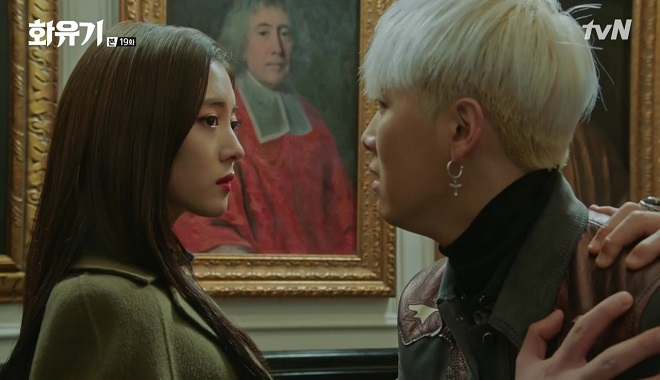 Just like Jeo Pal-gye (Lee Hong-ki), I think I also held on to the fact that Jeong Se-ra (Lee Se-young) could still come back after Ah Sa-nyeo vanished. I know the priestess just wanted someone who would protect her but she was too consumed with that need that she doesn’t care what will it take to get it. It took me so long to see that she’s an evil spirit through and through but she herself doesn’t believe she was one.

Alice (Yoon Bo-ra) has to sacrifice herself for PK to see that Ah Sa-nyeo is no longer redeemable. She was always on PK’s side but she was always taken for granted. I’m distraught that the Sea Prince wasn’t given a chance to go back to his Palace before disappearing as a bubble. Nonetheless, I still miss seeing bright Jin Bu-ja and I’ll be happy to see her for one last time.

Ma-wang (Cha Seung-won) was supporting Son Oh-gong’s (Lee Seung-gi) plan even though he is obviously worried his housemate may not be able to return home. The Monkey King can prepare all he wants but the heaven has its own plans though.

He may want to look “cool” in front of Jin Sun-mi (Oh Yeon-seo) but I’m kind of annoyed he wasn’t giving Sun-mi a chance to choose as well. But Oh-gong and Ma-wang’s conversation about the matter has made his intention clearer for me. He knew Sun-mi would step in. He knew the woman he is in-love with is courageous enough to face her own destiny. Son Oh-gong is not prepared to witness it and do nothing. So, this is what he chooses: be the shield to his beloved. But just like what I said earlier, the heaven has greater plans both of them couldn’t fathom. 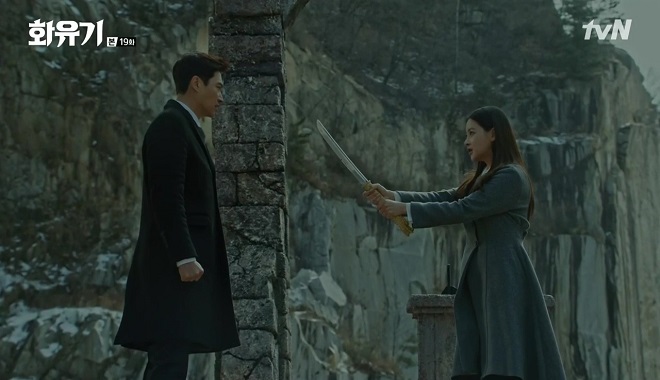 Upon knowing about the Great Sage’s plan, Jin Sun-mi let the heaven realm do its will and have her save the world. Well, that didn’t really happen.

Kang Dae-sung (Song Jong-ho) stabbed Sam Jang and unknowingly summon the Black Dragon. It seems to me that Sun-mi was prepared for her blood to awaken the evil creature as there was no surprised in her face throughout this whole ordeal. She really has accepted whatever it is she was called to do so. And if someone would argue she was being stupid, then they are remarkably wrong. This woman, as weak as she may seem, did not back down with what she must do even if it means she must sacrifice her life and leave her beloved alone.

Plot twist after plot twist. Nothing goes as planned for our characters and that what makes this climactic arc a thrill to watch. One moment I thought I totally knew what would happen but the next thing I knew there is another change of plans that derail the preparation the characters have made for the onslaught. Now that this final mission is over, I’m really dying to know how everyone would recover.

– I wasn’t ready for this scene! They’ve release all the USTs from the whole series!