That James Bond-esque opener got me!

I was fooled by this series’ opening scene! Switch started with a prosecutor raiding an illegal gambling house on an island. All along, I thought we were being introduced to Prosecutor Baek Jun-soo (Jang Geun-suk) but it turned out everything was a scenario set-up by infamous conman Sa Do-chan (Jang Geun-suk).

This male lead surely knows a lot of trickery. He and his group were introduced in old K-drama fashion filled montages of the past and a brief look at their present situation. I was wishing for more details about our main hero’s life as this initial meeting didn’t quite reel me into his story. Although the extent of his skulduggery really impressed me.

Do-chan’s way of living is the total opposite of the man with the same face as him. Jun-soo is the one walking on the righteous path but he seems to have a lot more dangerous foe than his criminal counterpart.

Although he went into a coma ten minutes into the series, the whole introductory episode revolves around him and the current case he’s handling. We saw glimpses of his most probable enemy Geum Tae-woong (Jung Woong-in). Do-chan’s accident felt like a tease to what evil thing he’s hiding to resort to murdering a prosecutor.

The clear distinction between Jun-soo and Do-chan’s personalities was highlighted as people surrounding the real prosecutor became bewildered with the sudden friendliness Do-chan is showing. The only one he can’t fool is Prosecutor Oh Ha-ra (Han Ye-ri) who seem to know Jun-soo through and through. I’m really intrigued by Ha-ra and Jun-soo’s relationship. It looks like Ha-ra has some more-than-friends feelings with Jun-soo and I’m putting my money on it.

Ha-ra has taken it upon herself to handle the still-vague case Jun-soo is handling before he went unconscious. There is no doubt Ha-ra is one strong female lead but I’m sort of wondering why she suddenly trusted a conman. Given the situation though (and well all the things we still don’t know), I think Ha-ra was just left with no choice at all.

Their newly found partnership was immediately shattered as Do-chan ‘switched’ the situation and stole the evidence Ha-ra entrusted him to get. Do-chan is no nice guy and there were mentions of his cynicism towards prosecutors. I think this initial encounter between our main leads set the tone for how their future relationship would be – full of doubts and double-crossing.

There was no explosive shebang in the pilot episode of Switch: Change the World. For the first half of this episode, I felt like watching two different series as the main characters don’t have a lot of connection aside from their similar faces. I was expecting for a fast-paced storytelling but the series has leisurely settled itself  its promised plot. Things changed though when their lives finally crossed. It suddenly became a preview for more thrilling conning scenarios and entertaining banters in the future. 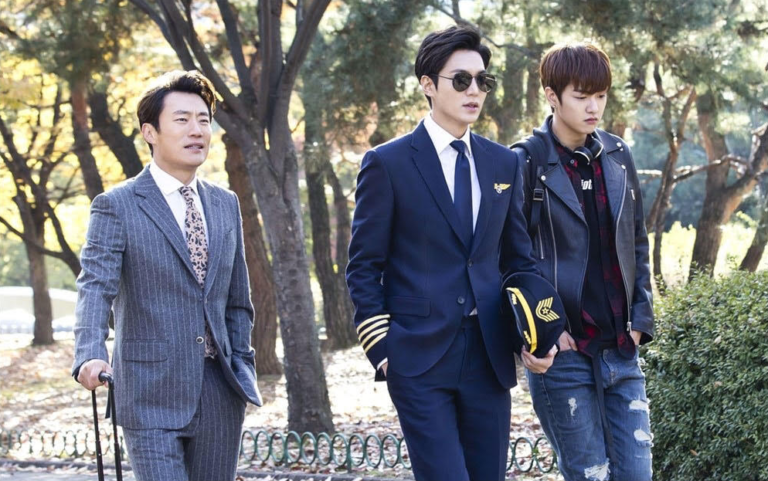 – He looks like a total nerd and I love him!

– I’m starting to feel some USTs here (and chef Park Jae-wan probably doesn’t like it!)