“Some people don’t even want to think about why they dislike a person.”

My Ahjussi Episode 3 takes us on a trip to see how sly the Stoic Agassi can be and how far she is willing to go to earn money. Lee Ji-an’s manipulative traits scared me and made me worry for Dong-hoon. But at the same time,  it got me wondering what she would see in him in the next episodes that’ll make her have second thoughts on putting him in compromising situations.

With the help of Gamer Minion Song Ki-beom (Ahn Seung-kyoon), Ji-an made her moves to get Director Park fired. The two looked like professional crooks messing a saloon’s power source, putting medicine in Director Park’s liquor and sending him afar to make him miss an important meeting with a client; thus, giving CEO Do Joon-young more than enough reason to dismiss him.

Anyone else who was bothered after Ki-beom threw the kimbap in the trash? He should have given it to Ji-an who eats scraps from a restaurant. Such a waste. Oh, she actually got fired from her dish-washing job after the manager discovered plastics of left over food  in her bag.

Going back, Ji-an also played an evil agent and installed a spyware in Dong-hoon’s phone, but she didn’t just stop from eavesdropping to his conversations. When Dong-hoon gave her a piece of his mind and stormed out, Ji-an followed him and kissed him!

At first, I thought she’s just testing him or whatever after hearing through the spyware how Dong-hoon told his hyung that he lived an earnest life not only because of his willpower but due to the absence of temptation, but after a few seconds there goes Ki-beom snapping a photo of them. I might have underestimated how cunning Ji-an can be.

I don’t believe Dong-hoon is totally clueless about Joon-young’s affair with his wife. The way he reacted when she had a slip of the tongue on knowing that the company thinks he threw the money and when she told him that he called Joon-young to ask about it tells me that he knows something. He may not be fully aware of it at the moment but he is sensing something.

Also, the way he responded to Ji-an when she asked him why he hates Joon-young felt like he’s not blind to what’s happening between his wife and the CEO. Oh! And let’s not forget this conversation.

Dong-hoon: Am I next? I never make it known that I don’t like you.

Joon-young: I wanted to get rid of Director Park for his plans…but why would I get rid of you, sunbae?

Dong-hoon: YOU MUST HAVE DONE SOMETHING TO ME. I must not know about it. 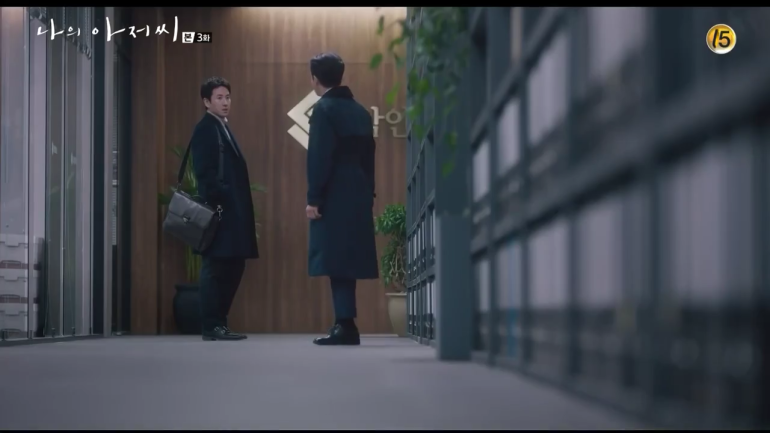 Though Sang-hoon always make me laugh with his antics, (KAIST is one of my fave characters in Wise Prison Life!) the way he teared up while smiling and saying, “My life is already in ruins, so what’s the point of crying,” hit home.

Let me just mention how much I appreciated Dong-hoon when he called out Sang-hoon after the latter made suggestive remarks about him and Ji-an. He even mentioned how his brother should not talk about someone’s child that way and should think how he would feel if another person talks about his daughter in such a manner.

Plus, a behind the scene clip. Enjoy!

❤ I’m no less than anxious to find out how Ji-an will use the photo of her and Dong-hoon kissing to get her 10 million won from Joon-young. I’ll see you real soon my beloved K-Drama drunkards.