“It’s easy for people who have money to become good people.” 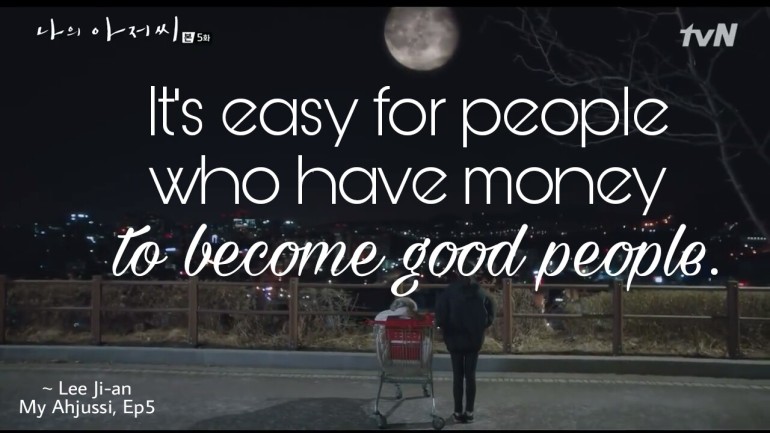 Kindness is a very powerful weapon, and My Ahjussi Ep 5 showed us how it can pierce through even a stone-like heart. Let’s dive into the moments that prove Lee Ji-an is slowly softening up to Park Dong-hoon. 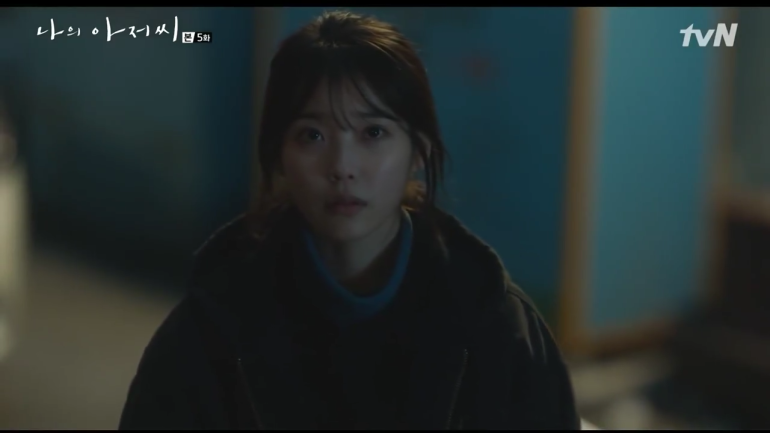 Dong-hoon was in a complete daze while on his way to the office that he did not notice the train doors open. Before alighting the coach, Ji-an nudged the Kind Ahjussi’s foot to tell him that they already arrived at the station. Though this act is minute and maybe unnoticeable, I find it amusing that the Stoic Agassi is showing concern for Dong-hoon even in the simplest way.

Ji-an attended the company dinner through Dong-hoon’s inivitation. The atmosphere was not good especially after one of Dong-hoon’s subordinate made a scene asking the CEO to show respect to his sunbae.

After Dong-hoon left, one of his juniors was badmouthing him, complaining that he should just leave the company. Ji-an out of nowhere slapped and cussed at him. Way to go Ji-an!

After being humiliated in the company dinner, Dong-hoon was walking aimlessly in the cold winter night. Ji-an, who’s still spying on him through his phone, heard how he fell on the ground.

The look on her face changed, genuine concern was reflected in her eyes, and she suddenly run to try and find him. The K-Drama genies are now telling us how Ji-an already cares for the earnest Dong-hoon.

Earlier in the episode, the Stoic Agassi was determined to get her 10 million won in exchange of Dong-hoon’s dismissal. She even revealed to CEO Do Joon-young that Director Park gave a copy of his call logs to Dong-hoon. But the Earnest Ahjussi’s kind heart seemed to have touch Ji-an’s soul. When Dong-hoon was probing CEO Joon-young’s call records and trying to find out the number he most frequently receive calls from, Ji-an gave her a crucial clue.

With the piece of clue from Ji-an, Dong-hoon is slowly fitting the puzzles together. He found out that the CEO’s most frequent caller is a payphone.

Dong-hoon continued digging around. The payphone is located somewhere familiar to him, and who do you think he saw in the area? Yep. He’s beautiful and unfaithful wife.

In case you want to see Lee Ji-an a.k.a. the Stoic Agassi sing, here is the music video of IU’s debut track, Lost Child.

❤ The cliffhanger in this episode is just daebak that I’m both excited and scared how Dong-hoon will react after his wife approached him. Catch you on My Ahjussi Ep 6. 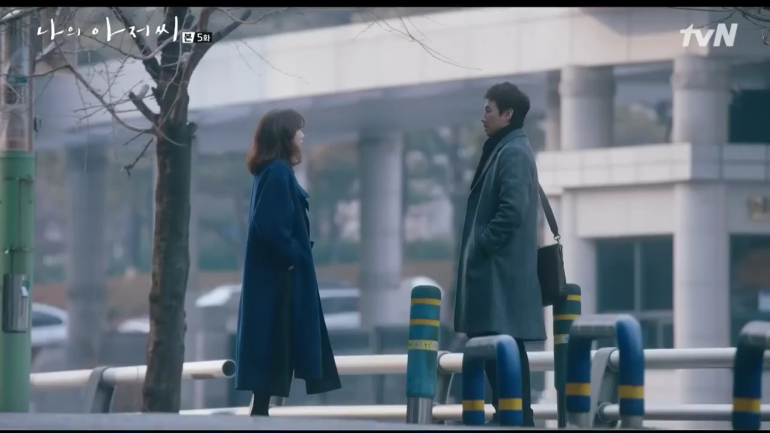