This episode is heavier than the usual lovey dovey moments we witnessed for the past six hours. The couple is slowly being exposed, and things are getting harder to overcome. It’s may seem like a simple problem but due to the complicated relationships and other people’s overreaction, it seems like Joon-hee (Jung Hae-in) and Jin-a’s (Son Ye-jin) dilemma won’t be resolved easily.

Let me just first talk about Gyu-min’s (Oh Ryong) mother who fetched him at the police station. Because of the confrontation between Jin-a and Gyu-min, they were both sent to the police and were asked to call their guardians. Jin-a called her dongsaeng Seung-ho (Wi Ha-joon) and Gyu-min asked for his mom. No wonder this arrogant pervert-stalker grew up like this! I don’t get it why Jin-a, Seung-ho or even Joon-hee need to explain before this ahjumma! Why would she want to talk to Jin-a when it’s her own son who wronged her. Why don’t she ask his son WHY HE WAS HIT! I was so unsatisfied with this scene because it felt like Jin-a never had the chance to defend herself before that judgmental woman. 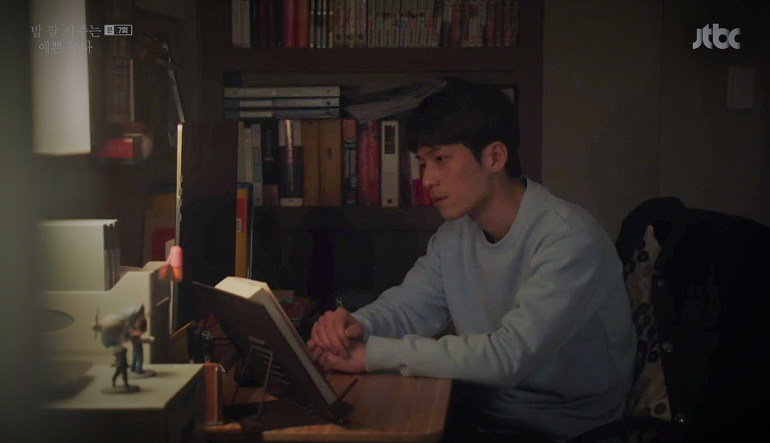 I love everyone in Jin-a’s family except her mother. (WHY are the mothers in this drama so annoying?) ANYWAY, I knew Seung-ho would understand his noona’s relationship with his friend. I was afraid when he got mad at first, which was a common reaction when being caught off guard in an unexpected situation, but when I heard the reason why he was not happy at first melted my heart. Joon-hee was considered as a son in their own household. His parents treated both Kyung-sun (Jang So-yeon) and Joon-hee as their own children. So what’s the initial reaction when you learn that your children are dating each other? Of course you would feel bad. Seung-ho was worried for his parents. 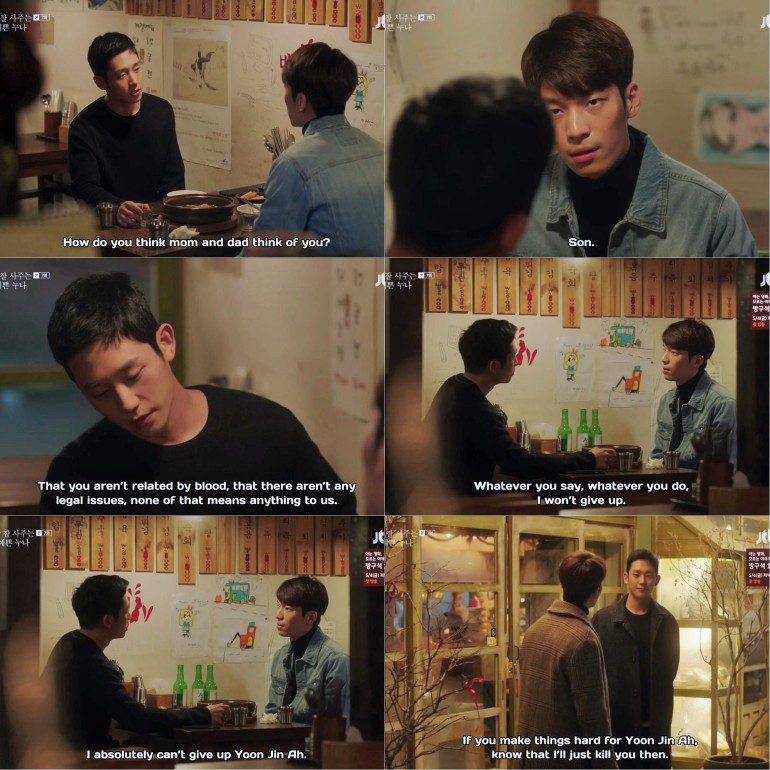 But at least after a couple of drinks and a heart-to-heart conversation, all is well that ends well with Seung-ho. That silent drinking session between Seung-ho and Joon-hee spoke a lot about how deep is their friendship. They don’t need much explanation. Seung-ho just made it clear why he is against it, and Joon-hee stands firm in his promise to fight for his love. What a mature way to deal with the situation, I love it.

Jin-a’s father, on the other hand, is a different case. He doesn’t even know if Jin-a and Joon-hee’s relationship is legit and yet he is all-out in defending them already. For appa, he does not need any confirmation as long as Jin-a is with someone who respects her. Appa is willing to wait until Jin-a is ready to tell him everything, and he will always protect his daughter against anyone who wished her harm. 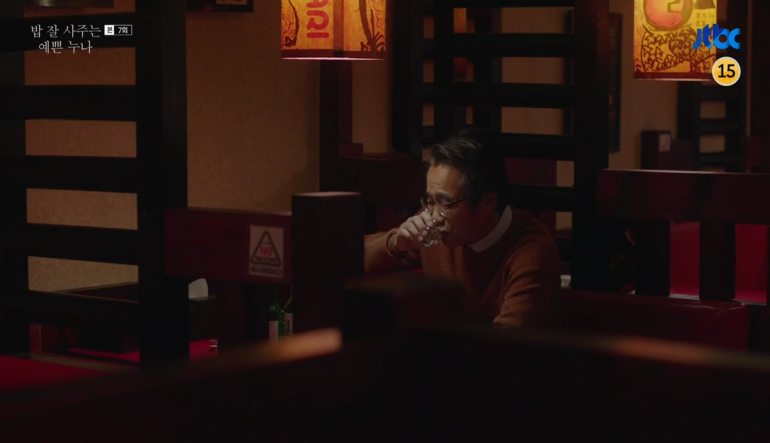 I am running out of words to describe how evil this stalker is. It’s like every episode,  he just keeps getting worse! It’s one thing to send a card with an intimate picture to your ex-girlfriend’s office (for everyone to see), but to meet her father to demand an apology???? How shittier can you get??? I swear this man is already rotting in hell as early as now.

I love President Jo Kyung-sik (Kim Jong-tae)! I can now confirm that he belongs to the good side! I was skeptical at first because of his motive to ask female employees to reveal the names of those who harass them, but now I can be at ease. I just hope Director Nam (Park Hyuk-kwon) and Manager Gong (Lee Hwa-ryong) would be expelled from the company soon! Useless perverts! 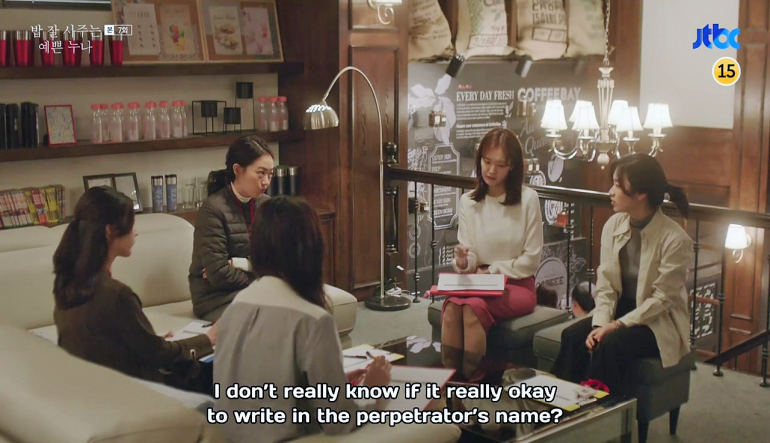 Geum Bo-ra (Joo Min-kyung) continues to shine for me in this episode. She is the only logical person in this drama. She asked Jin-a the very question that we are all dying to ask of her!

I like it when Kyung-sun plays around with Kang Se-young (Jeong Eugene) 😂 This woman just doesn’t quit!

We finally get to hear Jin-a’s precious “I love you” 💕 I was also teary-eyed while listening to Jin-a’s recorded message for Joon-hee… what a heartfelt message of appreciation for your loved one. 💖