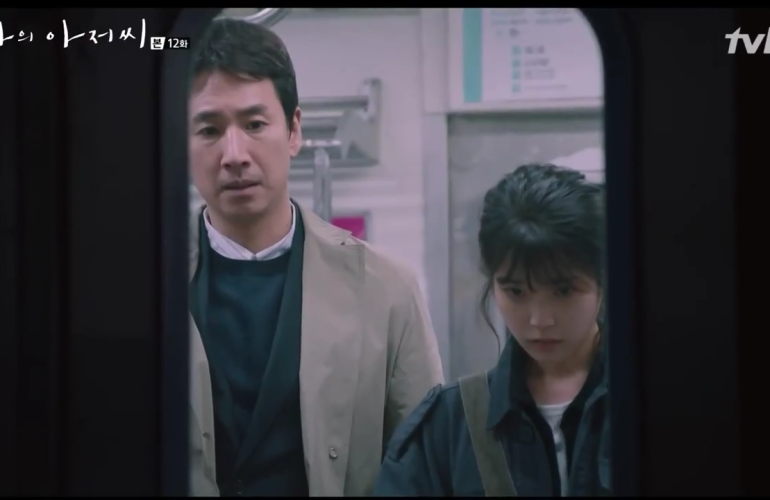 In the three months that I’ve worked here, I’ve felt warmer than I ever felt in my 21 years.

The worst thing about My Ahjussi Episode 12 is that it’s too beautifully narrated that I don’t know how to write my reaction. I’ve watched it several times already and had my draft scrapped over and over again but I still don’t know how to give justice to how captivating this chapter was.

Though the climax of this episode was the Board’s interview with Lee Ji-an in light with Park Dong-hoon’s nomination, let me entangle you to this beautiful misery of mine by walking you through Kang Yoon-hee’s heartache.

Of Loneliness, Disappointment and Infidelity

First and foremost, I loathe cheating. I firmly believe it’s an outcome of one’s conscious decision, and that there is no excuse nor argument that will ever justify it.

In a previous chapter, I mentioned that I’m curious of the things that might have led to the downfall of Dong-hoon and Yoo-hee’s relationship, and the latter answered my question in this chapter. Though Dong-hoon emphasized how he did what he thinks is right and how earnest he has been, I think it’s interesting to see things from the unfaithful wife’s point of view.

Dong-hoon had always been her number one, but she was never his.  She talked about the pain of always being second to Dong-hoon’s mom and brothers. I kind of felt bad for her when she mentioned how Dong-hoon always says that he’s eating with his “family” when she asks where he is. Yoon-hee’s “how could you say you’re eating with your family when I’m not there” line is no less than painful.

Dong-hoon was never on her side.  Yoon-hee mentioned how she always treats Dong-hoon’s mom well because she knows he is the happiest when she does that. She even indicated  how she immediately helped her in-law in making kimchi right after giving birth. But what made me feel for Yoon-hee was when she said that they didn’t give money to her own mom on their wedding day but gave a huge amount of cash to Dong-hoon’s omma without hesitation when she moved houses. I think it’s normal for a child to be slighted when she thinks her mother is being treated unfairly, specially by her own husband.

Dong-hoon makes her feel lonely. This one is maybe the saddest part of Yoon-hee’s dialogue. Dong-hoon’s affection for his mother, brothers, friends and the neighborhood itself makes her feel like an outsider.

I don’t know if it’s just my love for Jang Ki-yong oppa but the way he portrays Gwang-il is multi-dimensional that you can’t help but notice the pain in his eyes. It’s never a question that he’s a scumbag for lifting a hand on a woman but there’s something in his words in this chapter that hit me.

He spoke how the way to Ji-an’s house was like a hill but that he climbs it with the Stoic Agassi on his back when she passed out from his father’s beatings. It’s impossible not to see Gwang-il’s scars as his tears fall down after saying he can’t make up his mind if he wants to kill Ji-an or die himself.

The Board has started their interview on subordinates of the two director nominees, but instead of Dong-hoon’s deputy Director Yoon out of no where chose Ji-an. And to make things more interesting, Chairman Jang arrived unannounced to witness the process.

Ji-an’s words fully explain how the Earnest Ahjussi tore down her walls with his kindness and genuine care for someone as “insignificant” as her in  the office. And though Ji-an admitted that she likes him, it’s more out of respect. She also dispeled any possibility that they are having an improper relationship.

The Stoic Agassi emphasized how Dong-hoon’s generosity and the goodness of his soul makes her want to do a good job.  She also said that for the first time, she was treated like a human being and that she felt like she could be a decent person while working at the company.

My favorite part was when she mentioned that in the three months she worked in the company, she felt warmer than she ever had in her 21 years of life.

I believe her words also touched Chairman Jang especially after she said she feels happy whenever she passes by the building and will always wish the best for the company.

This is a big shout out to our Sang-hoon ahjussi or Park Ho-san in real life, for bagging the Best Supporting Actor trophy at the 54th Baeksang Arts Awards for Prison Playbook.

He played Kang Chul-doo a.k.a. KAIST, an engineer serving prison time because of gambling scam. He’s one of my favorite characters in the drama, especially his love-hate relationship with Han-yang.

Aside from Park Ho-san, there are two other Prison Playbook alums in My Ahjussi!

We have Director Yoon or actor Jung Jae-sung in real life who played the role of Professor Myung. 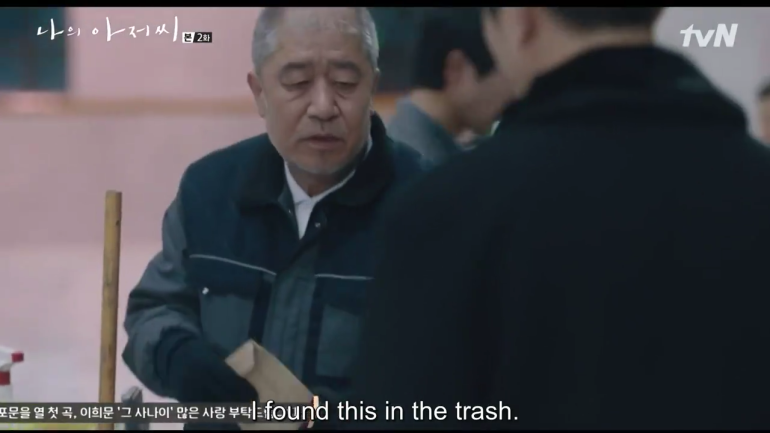 ❤ With Ji-an’s statement having a good impact on Dong-hoon’s nomination, I wonder how their ties will evolve in the next episodes.