At long last, after over a week of delay, Episode 1 is here to bless our hearts! Are you serious about this, Netflix?! The delay almost ruined my excitement for this drama. Thank goodness that my love for Lee Joon-gi oppa and my curiosity about his pairing with rising star Seo Ye-ji, who left a very good impression on me with her intense performance in Save Me, is much greater. Yay, these two are surely gonna slay, so here we go to our pilot episode K-Drama Reaction!

SAY HI TO YOUR NOT SO TYPICAL LAWYERS

Let’s all meet Bong Sang-pil (Lee Joon-gi), our badass and very capable lawyer whose motto is to take advantage of the loopholes of the law to win court cases. He looks happy-go-lucky on the outside, but he actually hides a vengeful heart in him. I love him when he’s being playful, but whenever he puts that dangerous look on his face, I couldn’t help but remember our 4th Prince. No, I don’t hate Wang So. In fact, I love him to the bones. It’s just that my Scarlet Heart Ryeo fangirl heart is still reeling from Wang So and Hae Soo’s bitter ending. In short, I’m still hoping for a Season 2!!!

Going back to Sang-pil. The main reason why he became a lawyer is to avenge the brutal death of his mom, who is also a lawyer, in the hands of gang members looking for a certain memory card. The young Sang-pil then went to Seoul to look for his uncle, who is kind enough to accept and raise him. Uncle Choi Dae-woong (Ahn Nae-sang) was a thug himself (a nice one), who taught Sang-pil how to fight using his fists. 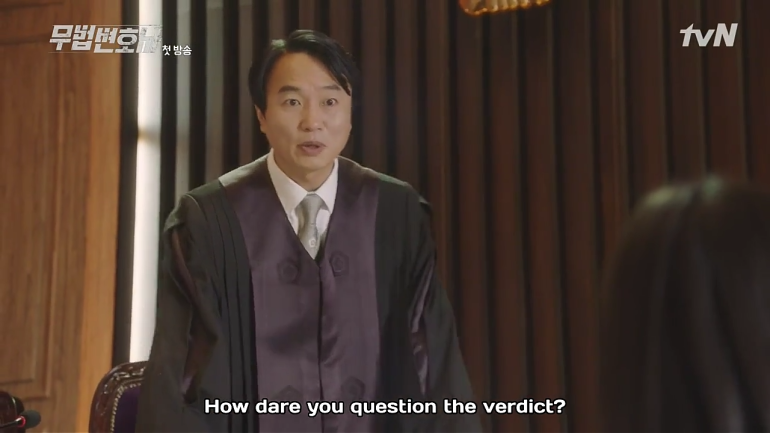 Now let’s meet Ha Jae-yi (Seo Ye-ji), a lawyer who is as cool and capable as Sang-pil. She stands for what she believes in to the point that she would punch a judge right in the face for releasing what she thought is an unjust verdict. She got suspended for six months due to her action, forcing her to go back home to Gisung. She might look tough on the outside, but she’s actually a kind-hearted daughter who loves her father dearly. She’s also like a giddy fangirl to a respectable female judge named Cha Moon-sook (Lee Hye-young), who emits a very shady aura.

THE MEET CUTE THAT IS NOT SO CUTE 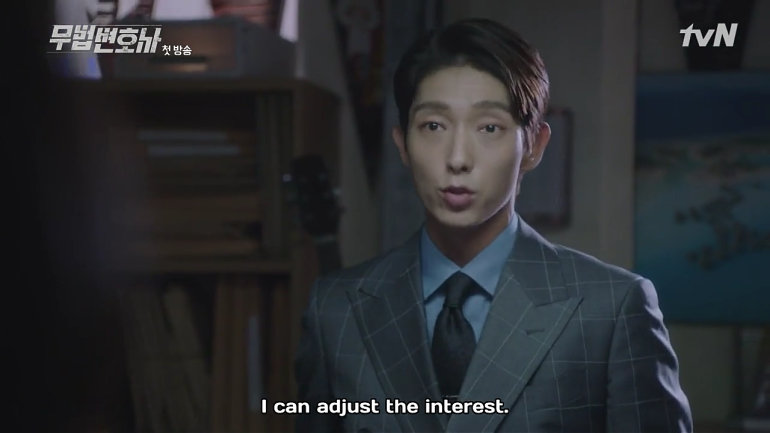 So yeah, our OTP had one hilarious meet cute in this episode. It all started when Gisung’s loan sharks ransacked the photo studio of Jae-yi’s father. Being the tough heroine that she is, she confronted the loan sharks’ new boss, who happened to be Sang-pil. But the confrontation ended up with Jae-yi punching Sang-pil in the face! Hey, girl! I like you, but how dare you punch oppa’s pretty face!?! I think no one should anger this lady right here or else you would meet her metal fists in a not very nice way. LOL. 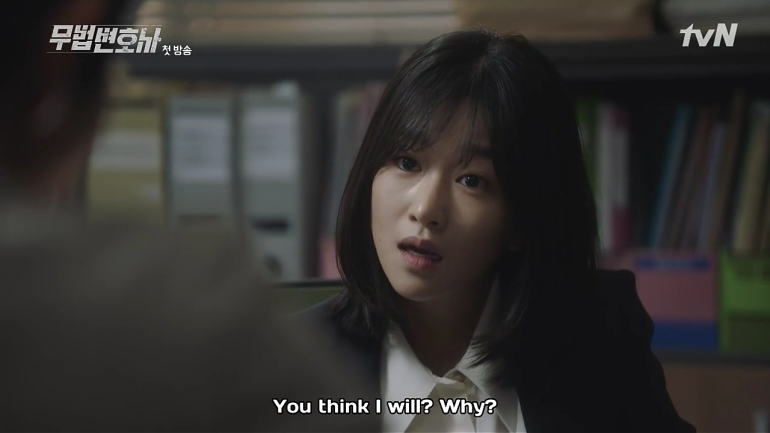 Our heroine ended up in jail, but she eventually got hired by Sang-pil as the office manager of his newly opened law firm in Gisung. This way she could pay off her dad’s debt to the loan sharks. Sang-pil also told her that he could get rid of her suspension and even hire her as his partner if she does a good job as an office manager. She’s one unlucky yet lucky lady huh!

It also seems to me that Sang-pil is already showing interest in her this early. Proof is his background check on her and his curiosity about whether she’s seeing someone or not. LOL.

Our main OTP’s relationship escalated from being strangers to debtor-debtee to office manager-boss so quickly I almost couldn’t keep up. Their first case together? The murder of Gisung mayor with Detective Woo Hyung-man (Lee Dae-yeon) as the primary suspect. Yes, he’s the same man who connived with the gang members behind the death of Sang-pil’s mom a couple of years ago. I wonder what Sang-pil is planning to do? Why he wants to help the man involved in the killing of his mom? Let’s all find out in the next episode!