Chil-sung (Jang Hyuk) is safe!!! Poong (Junho) just came right in time to call the cops and save uri injured ahjussi. He and Sae-woo (Jung Ryeo-won) were able to send him to the hospital. 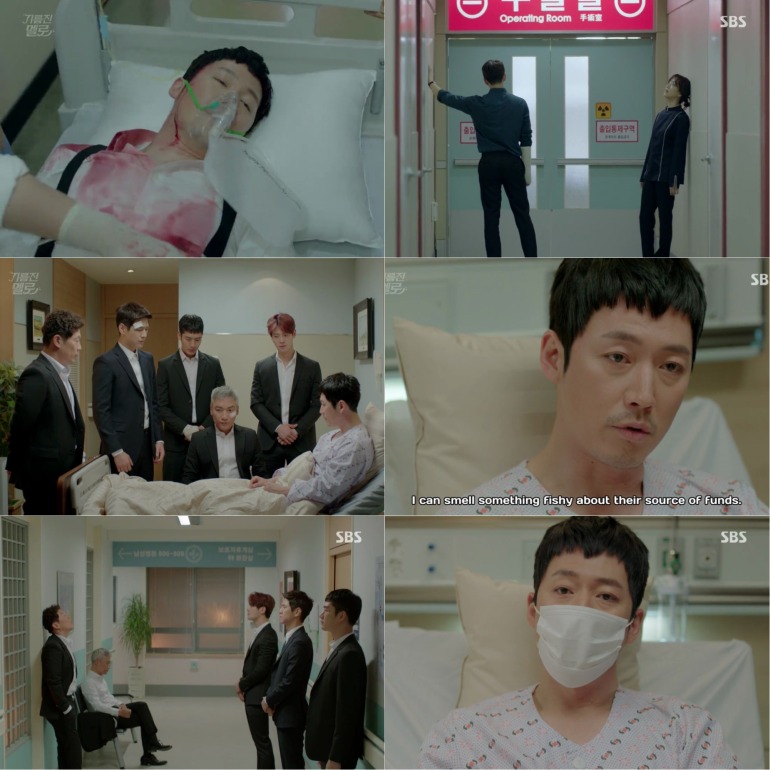 Only Sae-woo and Chil-sung got the corresponding treatment, but I think Poong also needed to get his arm checked. Crooked (Ryu Seung-soo) almost got his bones broken!

Because of this incident, Chil-sung is now sure about Giant Hotel CEO Seung-ryong (Kim Sa-kwon) and Crooked teaming up against them… He plans to go after the hotel since a connection with a gangster loan shark is always shady. Maeng-dal (Jo Jae-yun) warns him about this because of the high risk, especially that they are already buried in debt.

Sae-woo is in confusion land in this episode after that kiss with Chil-sung. I liked how she is open to feeling warm towards Chil-sung, and her honesty was really admirable. While she was suffering from hypothermia after hiding at the freezer for a long time, the doctor advised Poong that Sae-woo’s life is in danger if her temperature won’t rise. Poong had no choice but to hug her and give her some body heat. This warms Sae-woo up, making her wake up groggily. But Poong was able to think of a lame excuse and told Sae-woo that the hug was only part of a really nice dream.

The kiss or the dream?

Our confused heroine went to Chil-sung and confessed to him about her “dream” with Poong in it. She told him to give him enough time to know whom her heart likes, and that it doesn’t matter even though Poong does not like her back. I love Sae-woo during this conversation. She had the most natural reaction that real humans like us will do. I don’t care whoever likes me, as long as I know clearly who I like more. It doesn’t matter to her if Poong likes her or not, as long as she knows whom she likes. Is it Chil-sung, her Mr. Light? or Poong, his Mr. Chef?

The search for Poong’s recipe book

Since the restaurant is doomed, Poong is now planning to introduce his own recipe – The Whole Shrimp (wordplay on Sae Woo because he likes shrimp and Sae-woo, the human duh). Anyway, I liked how Poong demonstrated and gave a taste test of this new dish to his new team before asking for their loyalty. 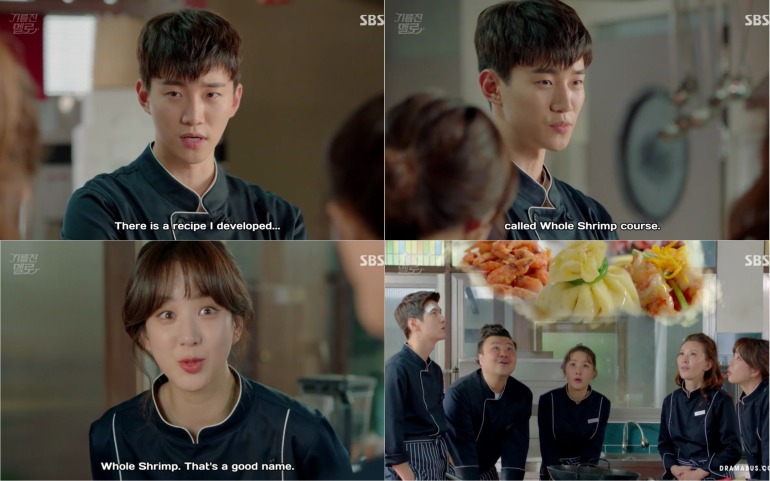 I was really disappointed at Bo-ra (Hong Yoon-hwa) for being influenced by her personal greed. Determined to get his recipe book back, Poong stormed to Giant Hotel to ask for it. Of course, it wasn’t easy to return and ask for it since no one was really admitting that they stole it. I did not really expect much from Maeng Sam-sun (Oh Eui-sik) since his betrayal was as clear as cooking oil. I was just happy that even though they failed to get that recipe book back, Poong was able to prove that someone is still by his side, ready to defend him at all cost – and that’s Geok-jung (Tae Hang-ho). 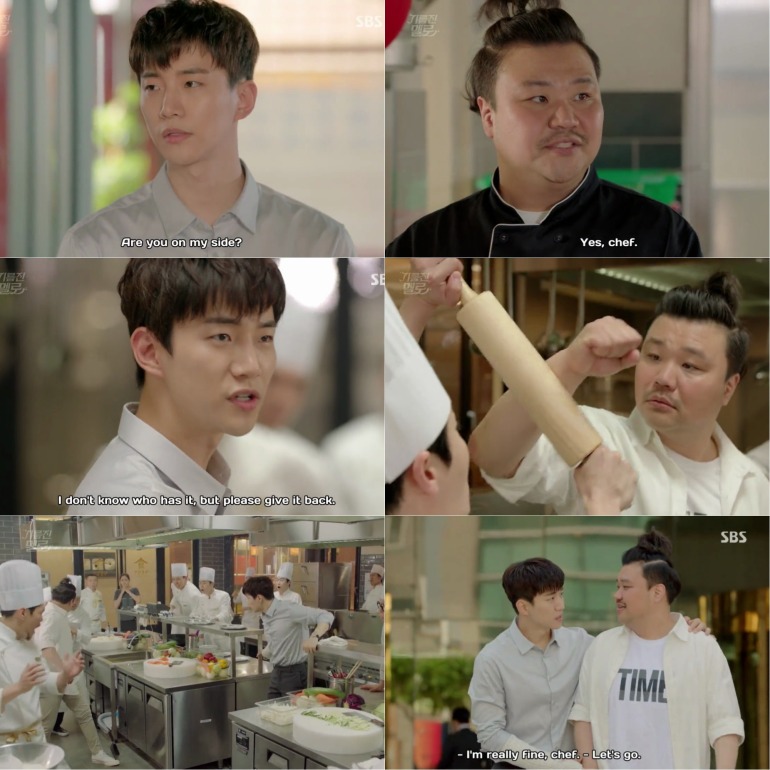 Speaking of that douche Sam-sun, it’s also almost unexpected that he would take credit for the Whole Shrimp recipe, and sell it at Giant Hotel like it’s his own invention.

OMO! So that’s what happened between Seol-ja (Park Ji-young) and Master Wang (Lim Won-hee)!!! @-@ 20 years ago, when they were both starting out in the culinary industry, Master Wang left Seol-ja behind while taking her money. Now that Master Wang has pretty much established himself as a renowned chef, he paid Seol-ja back 100x the original amount. HUH! Never trust a guy who runs off with your money. For the first time ever, I’m thankful for someone’s trust issues. I’m definitely on board the Maeng-dal ship on this one!

So, gum peddler ahjumma (Lee Mi-sook) stood up as Chil-sung’s mother figure for years. I don’t know if she is indeed the biological mom because all we got from this episode was that ahjumma treats Chil-sung as her own son ever since they met at a hospital.

LOL Poong, why are you so sensitive????

I love it whenever these three are always in sync with each other, and yet Poong is still a clueless puppy about his kitchen staffs being related.