I thought I could trust Pres. Ahn Oh-joo (Choi Min-soo) and Nam Soon-ja (Yum Hye-ran) even just for once. I thought that the proofs of Judge Cha Moon-sook’s (Lee Hye-young) plan to destroy them once they become useless are strong enough to make them see the truth. But I’m so damn wrong! I don’t know if they’re just too blinded to see or they’re just plain idiots. 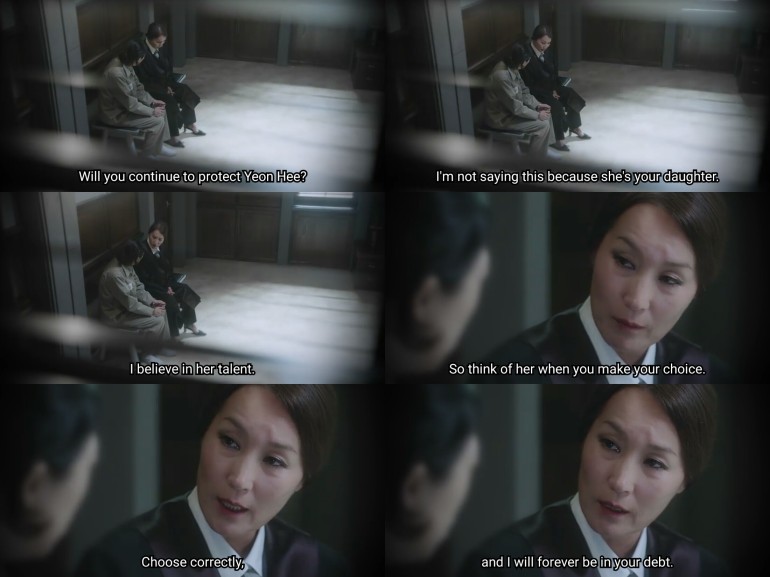 I think Judge Cha once again managed to manipulate Madam Nam by expertly taking advantage of the latter’s greatest weakness—Prosecutor Kang Yeon-hee (Cha Jung-won). I somehow understand that she’s a mother who is willing to do everything for her precious daughter, but what I can’t accept is that fact that she still doesn’t get it. Does she really think that Judge Cha will stay true to her words that she would continue protecting Prosecutor Kang? She, more than anyone else, should’ve known better because she’s very much aware of Judge Cha’s style of play. Were here eyes closed during all those years that she spent as one of Judge Cha’s minions? 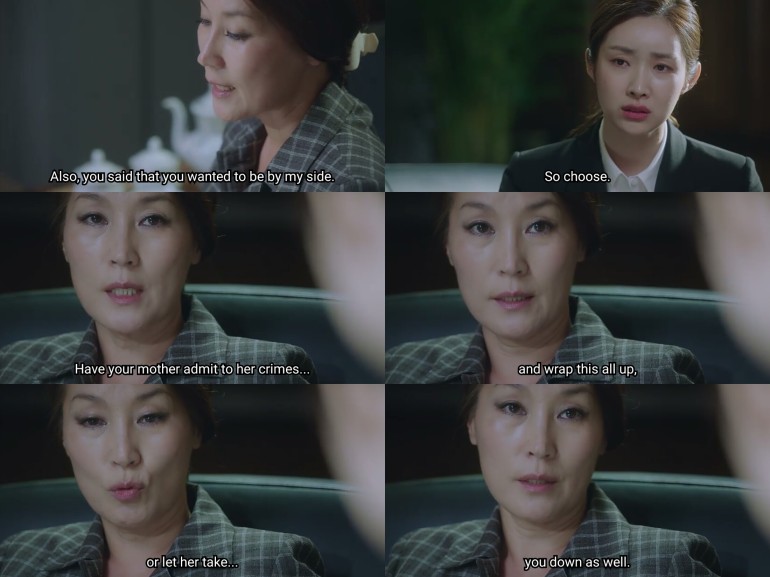 Meanwhile, if Prosecutor Kang did really convince her mother to the take all the blame for her to continue to enjoy protection from Judge Cha, then she’d officially become the worst daughter I know in dramaland. She’s only proving to us that she’s incompetent because if she’s confident with her skills, then why would she need someone’s protection that badly?

Now I hope that she finally wakes up especially after seeing her mom suffer from a seeming heart attack even before she could confess in court that she’s really the one behind the Thai acupuncturist’s “death.” But why do I have this feeling that Madam Nam is just faking it? I remember that she received a piece of paper from a co-inmate prior to the hearing, and I’m thinking that that has something to do with this incident. 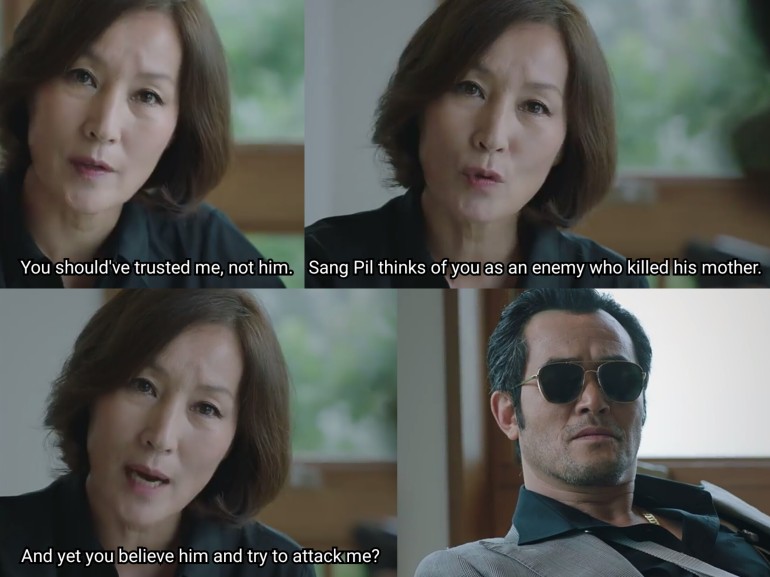 Pres. Ahn’s sudden decision to back out from appearing in court, on the other hand, is also a very disappointing development. I thought he didn’t want to live the remaining days of his life as a fugitive? Ahhh, I can’t believe he also ended up listening to Judge Cha’s poisonous words just like Madam Nam! How dare him attempt to flee when Sang-pil fulfilled his vow to remove his name from the criminal watchlist?

But I think Judge Cha wanted to make sure that Pres. Ahn would keep his mouth shut forever that’s why she ordered his death. Yeah, I believe it’s her who used Pres. Ahn’s loyal secretary to attack him with a knife. Thank goodness that Sang-pil arrived just in time or else Judge Cha’s plan would’ve materialized. Unfortunately, Pres. Ahn’s sidekick Seok Gwan-dong (Choi Dae-hoon) wasn’t as lucky as his boss because he ended up this attack’s collateral damage. I’m actually touched by what he did because I didn’t expect him to throw himself to Pres. Ahn’s attacker without any hesitation. I guess he unwittingly developed loyalty to Pres. Ahn even after the latter attempted to kill him once. 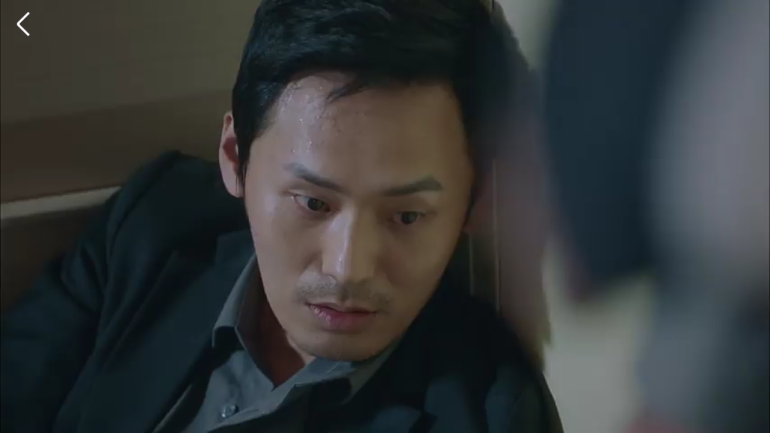 Okay, let’s see in the finale if Madam Nam and Pres. Ahn would really abandon Sang-pil, and let Judge Cha be the next chief justice and eventually the president of Korea!