I really tried my best to stay calm while writing this review but I can’t. This episode is intense. 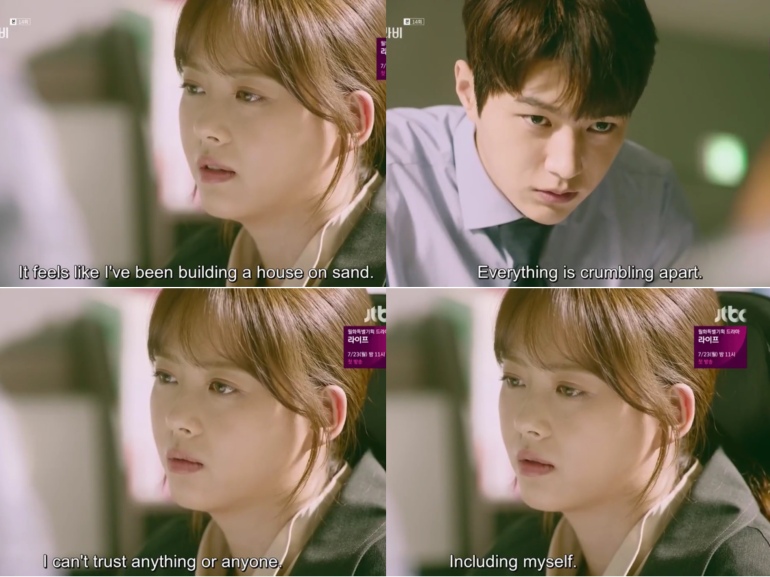 Park Cha O Reum (Go Ara) has been hit multiple times in the past but this is the worst blow of them all. She is used to standing out and fighting for what she believes is just and fair. She usually ignores criticism of her acts as long as she could do her job properly. But anyone could get tired after receiving a relentless beating. I’m actually surprised that it took a long time before she crumbled down and finally show some weakness. She always looks so strong I, too, forgot she’s not invincible. 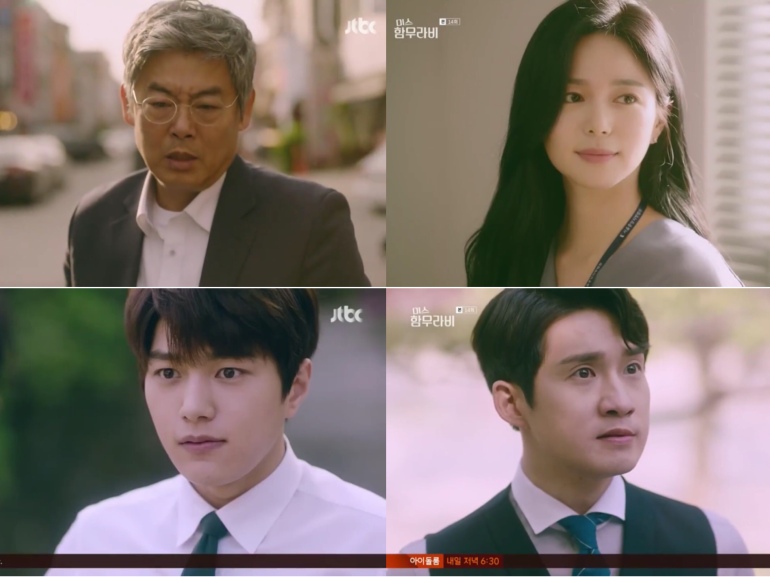 This is where the support group of the main character comes in. Good thing, O Reum has very dependable people around her. A trusted unnie like Secretary Lee Do-yeon (Lee Elijah) who would treat her with some calming tea and listen to her woes. A brother-like friend in the form of Judge Jung Bo-wang (Ryu Deok-hwan) who would care for her in his own unique way. A father-figure ala Han Se-sang (Sung Dong-il) who could enlighten her with his words of wisdom. 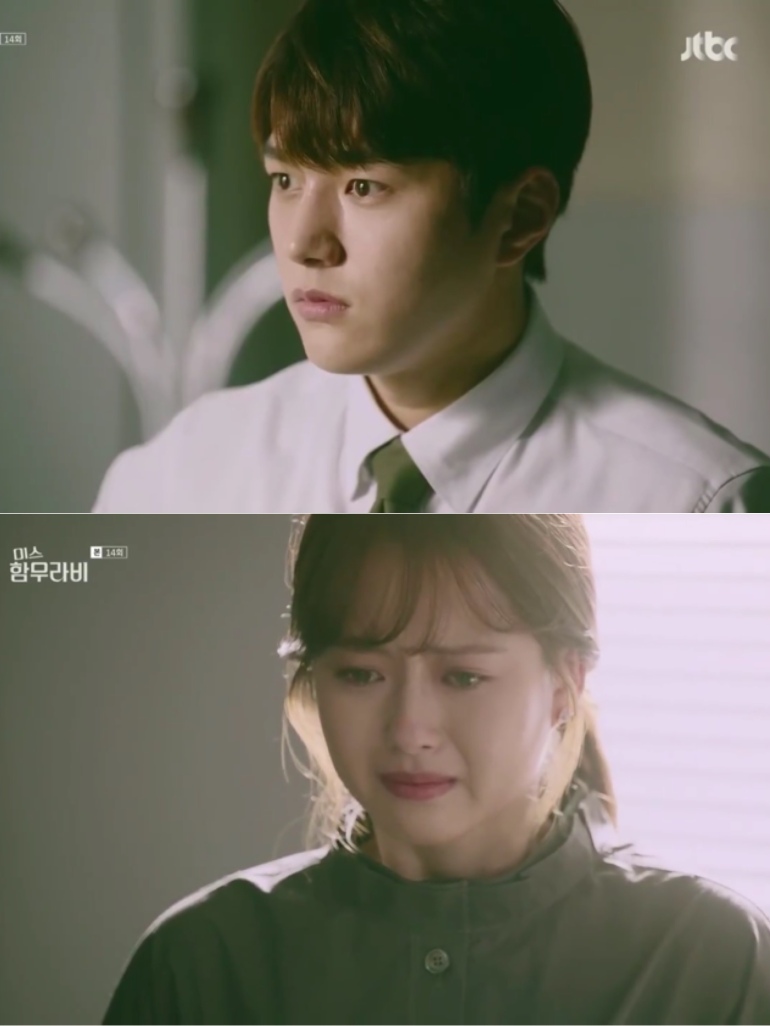 And of course, someone like Im Ba-reun (Infinite L / Kim Myung-soo) who would definitely stay by her side in this difficult battle. Hopefully, this would be enough to push her back up and forget her decision to resign.

A judge, who seem so omnipotent in court, could be pulled down from her high chair in just one sweep move. We all know the real force behind the sudden scrutiny to O Reum. NJ Group’s Min Yong-joon (Lee Tae-sung) needed to protect his family and he doesn’t care who would get hurt in the process. ( a typical chaebol behavior tsk tsk). O Reum’s enemies have taken advantage of the situation and continually kicked her while she’s on the ground.

This wig-wearing annoying judge, Sung Gong-choong (Cha Soon-bae), is taking his revenge to the young judge who was courageous enough to question his wrongdoings. He’s the best example of people who let ambition devour their humanity. At least the Chief Presiding Judge (Ahn Nae-sang) and Judge Jung’s Presiding Judge Bae Gong-dae (Lee Won-jong) are slowly redeeming themselves with their recent statements.

When I saw the preview for episode 14, I thought Miss Hammurabi would become a makjang drama in the end. I thought Ba-reun would become a stupid martyr like other K-drama characters who choose to let go the love of their loves for their sake. As grumpyahjumma said to me, it was plain idiocy. So, imagine my relief when Ba-reun stood his ground against that chaebol brat who acted like an irritating samonim. 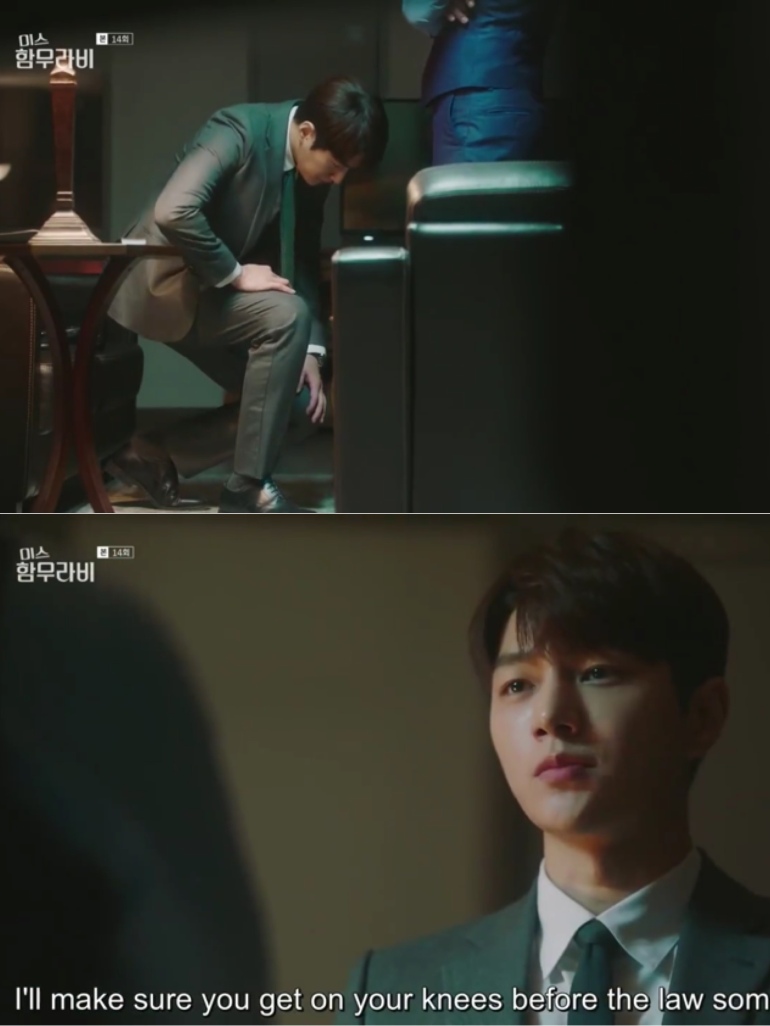 I must say that kneeling scene was intense. I was chanting “andwe” throughout their chat and joyously raised my fist in the air when Ba-reun proved he is too smart to fall for such petty ego-boosting command. I know, it’ll probably result in harsh consequences. I don’t care now. I’m confident my oppa don’t kneel for anyone. 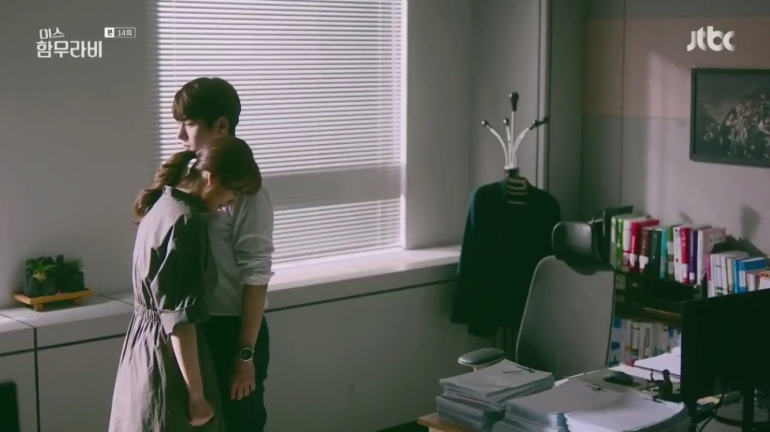 We often indulge ourselves into fictional stories because we want to escape our reality even just for an hour or two. This series does the opposite. It reflects what is happening in the society but it doesn’t appear hypocritical. It shows all sides of the argument and challenges its audience to think. I’m buckling up and preparing for more tension-filled scenes as the series ascends to its climactic peak.

– A very random thought: can L play a swordsman in his next saeguk, jebal?

– Because Full House is indeed a classic.