Yoo Jung-eum (Hwang Jung-eum) and Kang Hoon-nam (Namgoong Min) had to plan a wedding. It wasn’t their wedding but they had to call on their friends to help. At first, it was just for the entourage but then the actual couple had an argument. Even though they weren’t really close friends, seeing them all together was pleasing in the eyes. Each couple has somewhat affected each other’s lives. The gathering was really a celebration of the unlikely friendship brought together by one unlikely couple.

Hoon-nam’s stepmother finally decided to put herself first. She has served her family for years and I’m glad her whole family understood her decision. It was also good to see Hoon-nam embracing his father (well, literally). We’ve seen awkwardness between the two in previous episodes but I’m sure Hoon-nam has now fully forgiven his father.

Speaking of fathers, I thought Jung-eum’s aboji is sick? I guess, the writer didn’t pursue that plot line. Anyway, it was this man who spoke some wisdom to the arguing couple. It was also an advice the other men have taken. 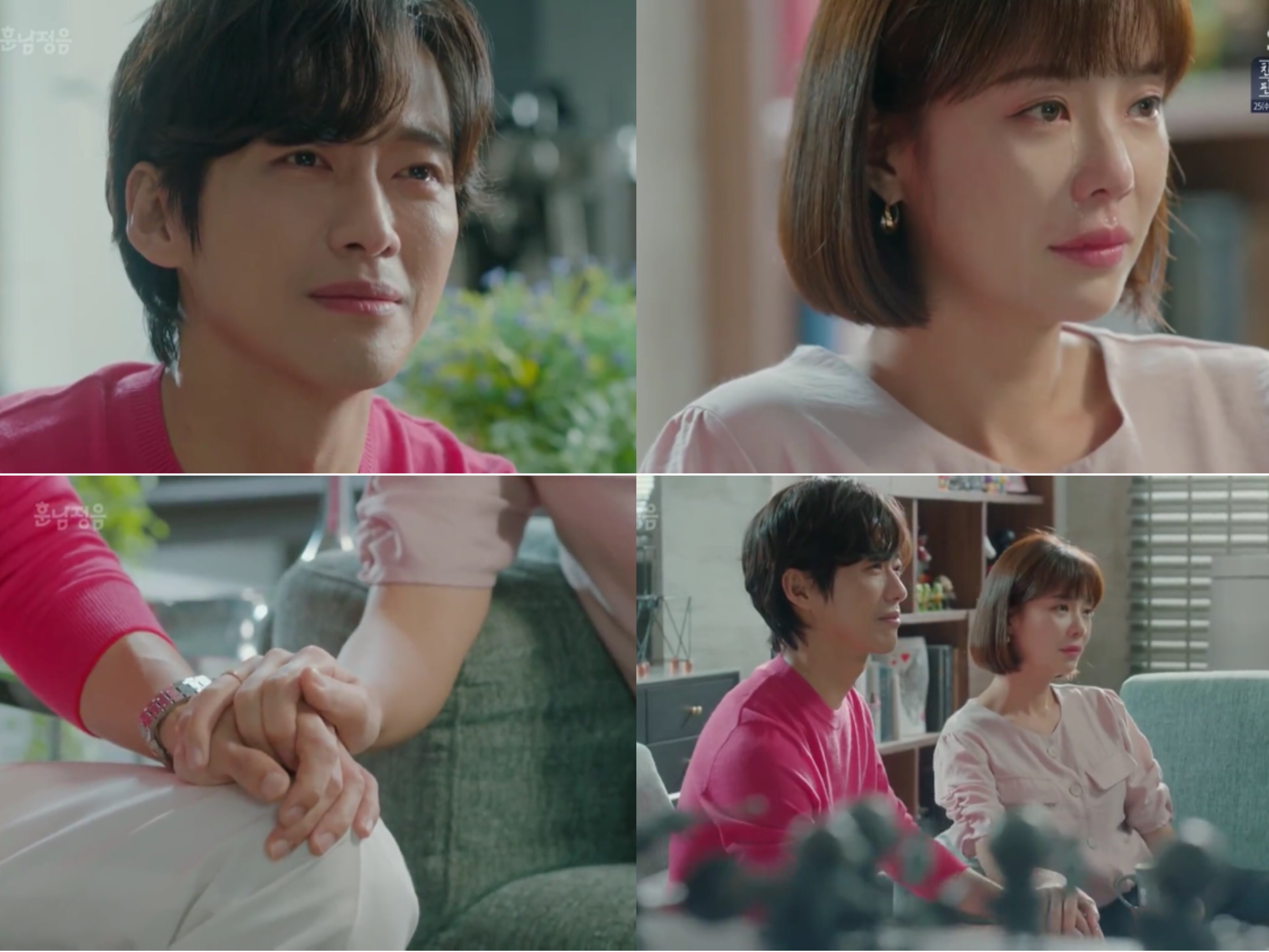 I almost forgot about this blank oath. Hoon-nam actually used it well. He is a good listener and a keen observer. That is why he can pull off a simple surprise for Jung-eum like that. He is a guru, indeed.

As for Jung-eum, I’m happy that she’s finally become contented with her path. She may have grand dreams before but she is destined to be something else. It reminds me of what Tipsy Ahjumma told me; we sometimes have go adjust our dreams based on our realities. It’s sad but we can’t be truly happy if we keep on chasing things that aren’t meant to be.

I have to be honest with my verdict. I’m disappointed with this series. I really have high hopes with it. They have good actors and a quirky story idea but they really failed in the execution. It felt like the series everything all at once; putting romance tropes here and there. The first few episodes were promising as it felt like watching a series who truly knows its identity – a romance comedy. But as the plot progresses, it seems they are too loyal with their chosen genre and are afraid to take some risk on bending some well-known cliches. This was supposed to be one good classic rom-com but it suffered from too much of everything. But then again, there were still some moments that I love. That knee-buckling kiss was one of them. It was something I’m familiar with but at the same time it was still original in its own way. I also love the characters. Although, they weren’t use in their full potential, they were still the reason why I stayed until the end. All I can say now is that series is making me dwell on the what-could-have-beens. This could have been good but it’s effort wasn’t enough.