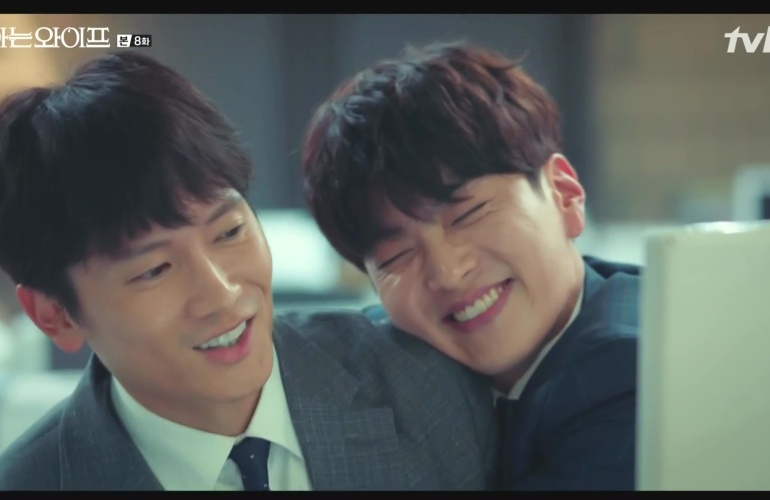 In this episode, Joo-hyuk (Ji Sung) learned the hard way of facing the consequences of one’s actions. After witnessing the supposed “kiss” (it didn’t happen) between Jong-hoo (Jang Seung-jo) and Woo-jin (Han Ji-min), he lost his cool and desperately searched everywhere for the homeless man who “helped” him in turning back time. And when he found the ahjussi, his expectation didn’t happen as the old man told Joo-hyuk that making the wrong decision and ending up in this new timeline was also part of his fate. So no matter how much Joo-hyuk sob over this, he had to accept his mistake and just wish Woo-jin well, which is what Joo-hyuk really did the morning after. He seemed to be sincerely trying hard to wish Woo-jin happiness, and support her relationship with Jong-hoo (Jang Seung-jo). But it’s really hard especially when he lived majority of his life with Woo-jin.

Let me just say quickly that no matter how bad Joo-hyuk’s image may seem to be in this drama, I honestly think he is learning that what he did to Woo-jin was definitely wrong. He is slowly seeing the Woo-jin that he let go, and realized that it’s somehow his fault why Woo-jin turned out the way she was in their real timeline. All those times that Joo-hyuk wasn’t there to comfort Woo-jin when she needed him the most are all being compensated in this new life. Joo-hyuk is always by Woo-jin’s side now, and I know that it’s not valid because they are not husband and wife anymore but they’re still friends. Even before they were lovers, they became close friends first. So maybe, all Joo-hyuk needs to do in this timeline is to continue supporting Woo-jin no matter what happens, and maybe who knows? The universe will surprise him again with a trip back to his old life. 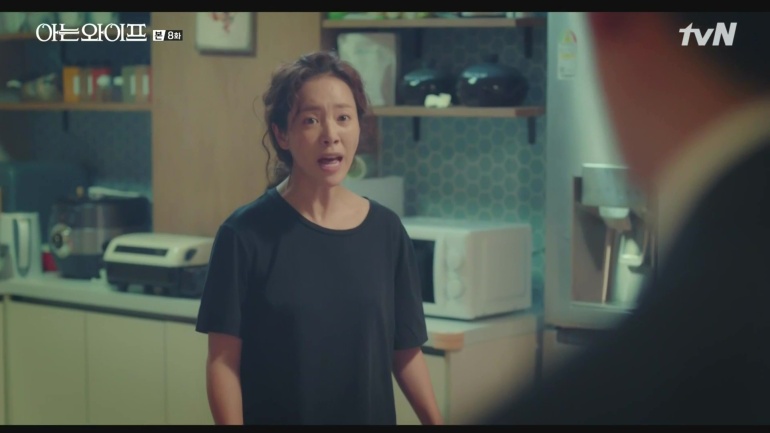 Also, it’s the memorial day of Woo-jin’s late dad. As Joo-hyuk brings rice wine for the dead, he learned that Woo-jin’s Mom went missing. He accompanied her all night in looking for Mom and report it to the police, but it turned out Mom was just doing volunteer work. Even though I like Woo-jin to end up with Jong-hoo in this timeline, I am glad that Woo-jin and Joo-hyuk faced this situation together. It’s their connection made it more bearable for Woo-jin. She is always reassured by Joo-hyuk. And Woo-jin’s Mom love Joo-hyuk just the same.

“After she left me, I regretted why I couldn’t be better and why I didn’t know how precious she was. I regretted, felt sorry, and missed her… Every word I say won’t be able to reach her. So I’m going to wish with all my heart for her happiness.” 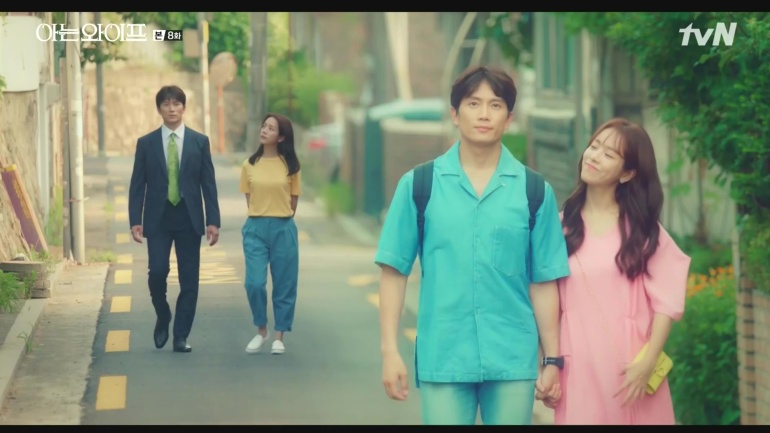 I know it’s wrong to side with Joo-hyuk for this but I couldn’t help but to. Hye-won as the “wife” has all the right in the world to be suspicious of her husband especially after confirming that he deliberately lied to her about spending the night out. He did not go home all night and used another excuse so that she won’t suspect him. I know Joo-hyuk had all the good intentions in the world, but if you’re Hye-won, of course, you would really feel bad about your husband lying to you. 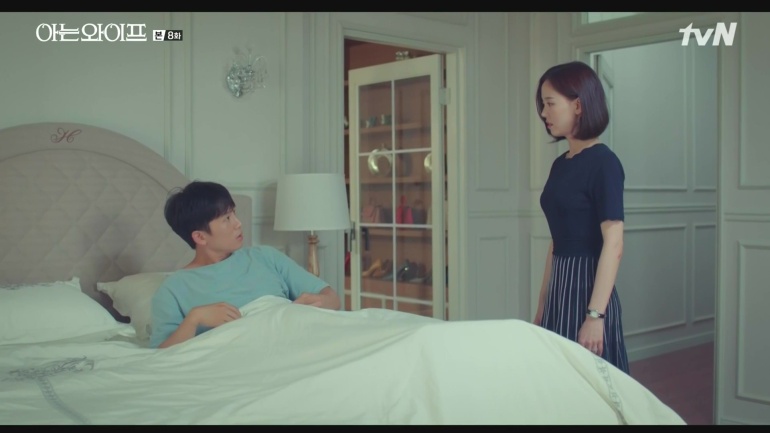 But in this case, I really don’t pity Hye-won even though she is this timeline’s legal wife. SHE FLIRTS WITH ANOTHER BOY, and looks for him at the gym. Of course, Joo-hyuk is unaware of his wife’s actions, too. So can I call it karma on Hye-won, now?