A dying monster is the hardest to fight

Dr. Oh Se-wa (Moon So-ri) went MIA after dropping a bomb at the press conference. She left the whole hospital in chaos but she is nowhere to be found. I’m frustrated that there are no concrete hints about her whereabouts. I don’t want her to die. Not now after she proved she is not a power hungry doctor. She is passionate about her work but she does not let anyone use it to their advantage. The cliffhanger on episode 11 was all we have. Even President Goo Seung-hyo (Cho Seung-woo) is obviously worried about Dr. Oh. He knew what that family could do. The thing is, there is a lot of things on his plate right now that he could not check on everything all at once.

President Goo had to prove he is still in control of the hospital. He immediately ordered the dismissal of Director Oh, Chief Joo Kyung-moon (Yoo Jae-myung), Dr. Ye Jin-woo (Lee Dong-wook), and Dr. Lee No-eul (Woo Jin-ah). Yes, you’ve read that right. No-eul who did nothing wrong has taken the brunt of President Goo. The latter had no other choice if he wanted to stay on that job. He had to make a statement. No-eul, of course, couldn’t understand that because she always believed President Goo was a good person. He is, there’s no doubt about that. But he needs to make a choice. Should he continue working for a soulless family or make a difference? He can’t serve two masters.

Secretary Kang Kyung-ah (Yum Hye-ran) sympathize with No-eul and her disappointment. She knew something is going on between her boss and this petite doctor so she had to set them up to talk. Of course, they didn’t. At least, President Goo found out No-eul’s thoughts as well as Ye Sun-woo’s (Lee Kyu-hyung) condition. I wonder how this information would affect his next moves.

Jin-woo will not take the dismissal lying down. He is ready to fight and has moved to convince the other doctors to vote for the dismissal of President Goo. 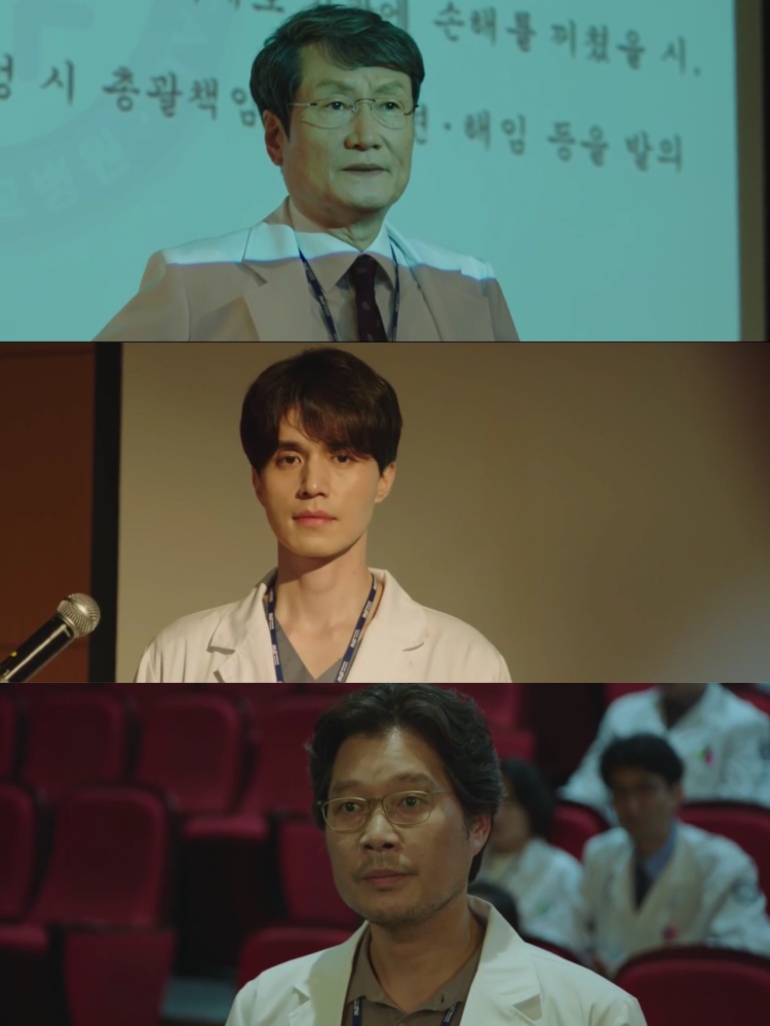 All seems going as planned until suspended Deputy Director Kim Tae-sang (Moon Sung-geun) went up on stage and ruin everything. He knew he had nothing to lose so he is grabbing everything he could and try to bring it down with him. This doctor has no remorse whatsoever. I’m speechless with his confidence. He was able to divide the doctors once again. Instead of uniting against one enemy and solve their current issue, they are now discussing another matter. It’s so irritating to watch.

I can’t put into words how frustrated I am after watching this episode. There are a lot of questions left unanswered. Where is Dr. Oh? What will happen to the dismissed doctors? Is President Goo really powerless to help the hospital? I’m frustrated but I’m also excited to see the next scenes.