I loved this episode. It is all about Joo-hyuk’s (Ji Sung) road to maturity. All season long we were witnessing how he turned from being the selfish, immature husband to the loving, selfless friend of everyone. The heart-to-heart confession with Woo-jin (Han Ji-min) was perfectly acted by the one and only Ji Sung. I could really feel his regret, guilt, apology, whatever it was. 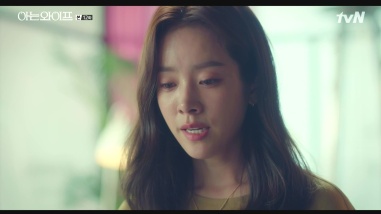 But Woo-jin was right. Whatever it was that happened between them in the original version of themselves, it could not possibly be unilateral. Woo-jin may have felt “abandoned” by Joo-hyuk, but she doesn’t really have the memories of her original self. She wasn’t aware of the monster she became. I don’t defend Joo-hyuk’s actions here but let’s be open minded and admit that it’s not all Joo-hyuk’s fault. He has his own mistakes, but the way Woo-jin reacted to every shortcoming made by Joo-hyuk in their original timeline was wrong, too. She threw a crab claw at him, drenched his PS4 in the bathtub, nagged at him in public… man, that’s not how a wife should act towards her husband. Joo-hyuk was irresponsible at times, but he never hit his wife or even scolded her. That’s why when I saw how this episode turned out, I was actually happy to see that despite all the sacrifices, Joo-hyuk became a better man.

Now let’s talk about the JK Group betrayal and corruption incident, because I was not really surprised! Now I understand where Hye-won (Kang Hanna) got her indifference towards other people. Her father used Joo-hyuk for his own advances and even caused a great chaos at the KCU Bank. Branch manager Cha Bong-hee (Son Jong-hak) almost lost his job, and everyone is walking on egg shells because of the incident. I knew Joo-hyuk would somehow step up and save everyone’s jobs at the expense of his own life. He is now officially a divorced, unemployed man. Everything he was afraid to lose in his original timeline happened at one glance in this new life. 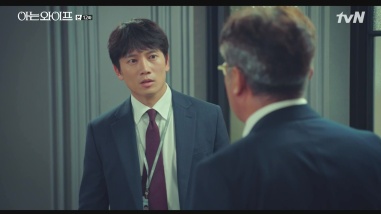 But despite everything, Joo-hyuk still firmly insists that he doesn’t want to go back to the past and change his life again. During his conversation with the homeless man, he told him that he was “too shameless to do it” – which made me smile. He spent so much time hating on Woo-jin and blaming her for his misfortunes, but now he finally realized that it was partly his fault why Woo-jin turned out like that. And because he doesn’t want Woo-jin to be hurt again because of him, he would rather stay in this alternate timeline. But since Woo-jin somehow believes what Joo-hyuk told her that she and he were a married couple in the other world, she was more than willing to go through the time loop and return their original lives.

For a moment there, I was also wondering what’s the relationship of Woo-jin’s omma and the homeless ahjussi because she seemed to recognize him when they met at a local store. But it dawned on me that oh my gosh, so that’s why the Mom isn’t affected by the time loop!!!! She underwent it herself! She even gave her daughter the precious 2006 coin for her trip to the toll gate! Now it’s all clear to me why Mom recognized Joo-hyuk all along. She knew they weren’t in the right timeline, and even though she has dementia, she could still somehow remember things that happened in their original lives… She tried to save her husband but failed, and decided to change after that. I suddenly remembered that Woo-jin talked about how her Mom changed after her father died. Maybe the dementia was rather a choice, and not a result of old age? 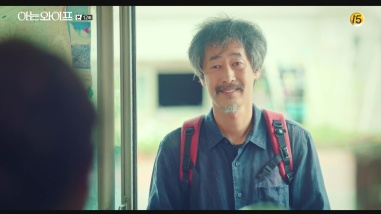 What an exciting end to a heartwarming episode! Honestly more than anything, I really hope Woo-jin would be able to save her daddy so that he wouldn’t die during her high school years, and send her mom to early treatment for her Alzheimer’s.

Would Joo-eun (Park Hee-bon) and Sang-sik (Oh Eui-sik) still end up together again? Will Jong-hoo (Jang Seung-jo) get back now to his girlfriend before she leaves because Joo-hyuk wouldn’t steal his cab this time? Ah, so excited for what’s coming! 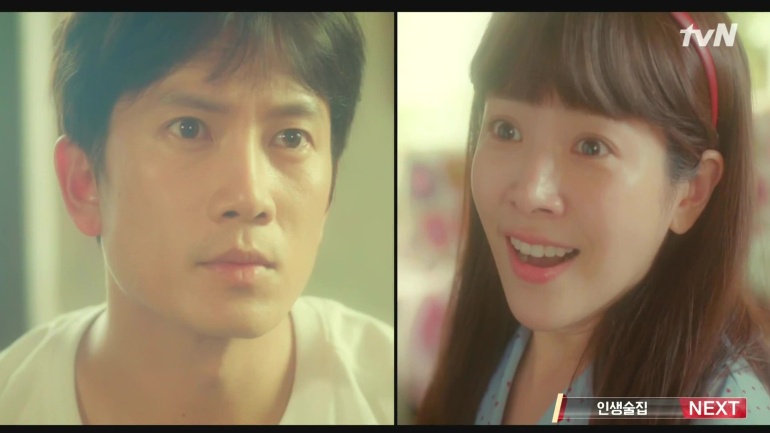