“Sometimes, life throws tough tests at you to make you helpless, and it leaves you hints in funny places. But, of course, there’s no guarantee that you’ll come up with the correct answers.” – Jang Geu-rae

Annyeong! I’m back on this seasonal segment as part of our anniversary celebration. Actually, it was easy for me to decide what would my comeback post be. I have a handful of favorite K-dramas, and Misaeng is one of them. By now it’s no surprise that my favorite genre is the slice-of-life and unassuming type, so this one’s expected, I guess. Enough blabbering and let’s get on to the feature!

Misaeng (or Incomplete Life) was a highly successful K-drama adaptation of a webtoon of the same name. Both the webcomic and drama gave a vivid description and analogy of modern life and the game of “baduk.” Misaeng showed how the Korean corporate culture was like a fierce survival game of workplace drama and politics.

It followed the life of Jang Geu-rae (Im Si-wan), a former “baduk” player who entered the corporate world with only a GPA under his belt. He got into the company as an intern. Because he was hired through connections, this did not sit well with other interns who were graduates of prestigious schools and had impressive grades. Of course, he was bullied and discriminated for not having any university degree and language fluency, but this did not stop Geu-rae to improve himself and learn the ropes slowly. He was diligent and willing to adjust. He was initially offered a two-year temporary employee contract, but as the story went on, it became clear to him that diligence and adaptability could only take you to a certain point.

I didn’t include Cheon Kwan-woong (Park Hae-joon) here because I never got attached to him, even though he was technically part of Sales Team 3. Geu-rae was lucky to be part of the best team in the entire company. He was in good hands from the start. They may appear as cold, but they had the warmest teamwork. Oh Sang-shik (Lee Sung-min) was the best mentor for Geu-rae, and I hope all work newbies would have a supervisor like him in real life. He was not perfect, and he had his fair share of hard decisions to make, but all of it were made with the best intentions. He was a principled man, a good boss, and a dignified employee. He was my favorite character in the drama. Powered by Lee Sung-min’s perfect portrayal, Oh Sang-shik remained to be one of the best characters in dramaland. 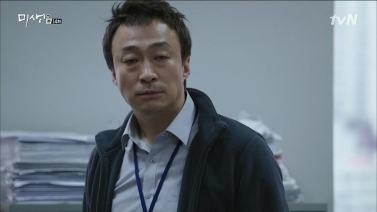 Of course, we also have to give props to the curly-haired assistant manager Kim Dong-shik (Kim Dae-myung) who was with Geu-rae from Day 1. He was the reliable hyung, another mentor that Geu-rae was lucky to have had. Together, the Sales Team 3 was unbeatable by life’s pressures – corrupt management, condescending clients and all. 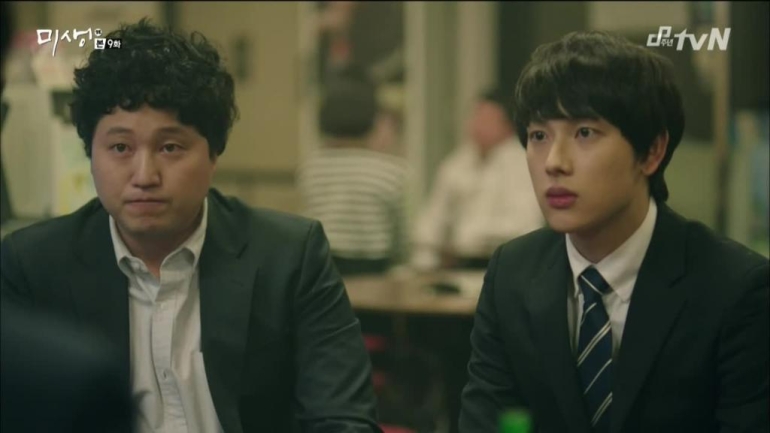 The drama’s gripping storyline was not only based on Geu-rae’s hardships in life, but also on the lives of his counterparts – the other new hires who were designated in different teams. The drama’s lenses gave us a big picture on how a million-dollar cargo shipping company runs, and the ecosystem that made it sustainable. Aside from the tense yet warm dynamics in Sales Team 3, Geu-rae also had another circle of his own – his fellow newbies who all had their own respective struggles in this corporate culture.

Of all the four rookies, Ahn Young-yi (Kang So-ra), had it toughest! She was continuously harassed by almost everyone around her – parents and teammates. Young-yi was assigned to the resources team, with a chauvinistic and rude boss who degraded her every chance he got. Her team treated her like a maid, and downplayed her impressive work ethics. Though I must say, Kang So-ra spoke impressive English and Russian in this drama; I was surprised! Okay going back to Young-yi’s life complications, her parents were really something, too. Though I don’t condone abandoning one’s parents, Young-yi was a different case. She grew up verbally abused by her father for not being a “son” that he wanted to have, then she was even compelled to pay off her father’s enormous debt! Wow. I loved how Young-yi’s character development was highlighted in the drama from being the pushover daughter to being a woman who stands up against bullies and sexual predators. 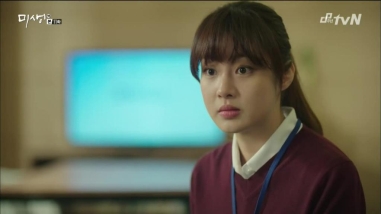 At first, I thought Jang Baek-gi (Kang Ha -neul) was some sort of Geu-rae’s nemesis in the drama. He was the perfect straight-A graduate of a famous university. He was the typical description of a fresh graduate who dreamed of having a white-collar job. He thought highly of himself despite being just a new hire in the industry. He was the total opposite of Geu-rae – inflexible and impatient. But Baek-gi also learned the hard way. He was assigned to the most uneventful, monotonous support team in the company. All those flashy imaginations of being an ace in the company disappeared, and he learned that no matter what team you belonged to, every single work was as important as everyone else’s.

Lastly, Han Seok-yul (Byun Yo-han) was the group’s funny guy. He was hyperactive on most days, but since the drama was on track in giving hardships to all the rookies, even Seok-yul was not safe from having a toxic superior. His supervisor was a credit-grabbing homewrecker whose only joy in this world was to make Seok-yul’s life miserable. Good thing he got a taste of his own medicine in the end! I miss those candid chitchats at the office pantry! 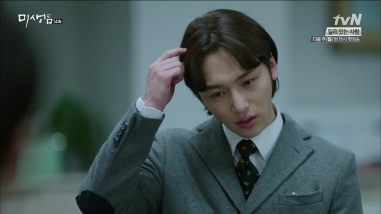 As they say, “Everybody loves an underdog story.” But there was more to being just an underdog in Misaeng’s appeal. It was shown during a time when K-dramas were saturated with cutesy romcoms and over-the-top fantasy stories. It became a breath of fresh air. It offered a pragmatic view of the corporate world and social commentary of pressing issues such as discrimination and harassment – which are still relevant up to now years after it aired.

[Credits: All the photos and GIFs used in this blog belong to tvN’s Misaeng]