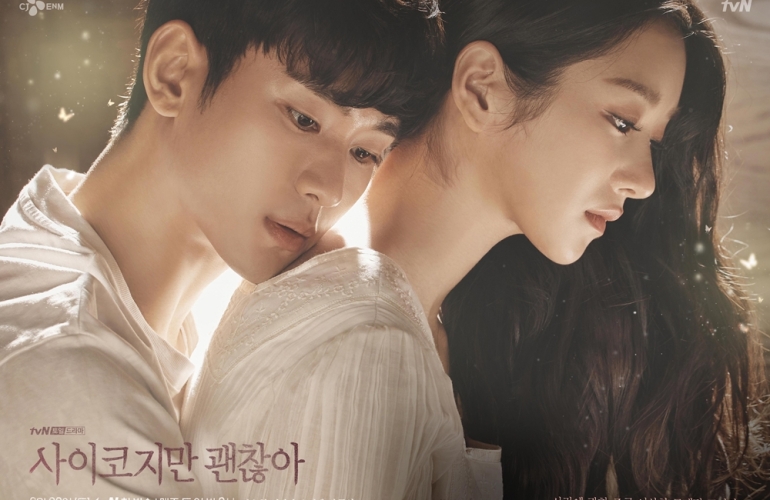 It’s Okay To Not Be Okay premiered this week! It’s Kim Soo-hyun’s comeback drama after his military discharge. And after teasing us with some memorable cameos in recent dramas, it’s time for him to reclaim the limelight as one of the top Hallyu stars of his generation. The hype is real with this one, especially after the news broke that he will share this spotlight with the ever-gorgeous Seo Ye-ji! Who wouldn’t get stoked, right?

Love and emotional healing await as an anti-social children’s book author meets a stoic caretaker in a psychiatry hospital.

What a very interesting first two episodes! I knew from the teasers that it promises a dark romance between the main leads, but I wasn’t expecting it to be THIS dark. It was borderline disturbing! The first episode was meant to introduce very vividly how famous children’s book author Ko Moon-young (Seo Ye-ji) has anti-social personality. Her books feature dark fairy tales with nightmare-eating witches as heroines, and betrayal as the main theme. She was presented as the monster who draws people away. The opening was laid out as a fantasy, so the audience might expect it to be one, but the watching experience was essentially the same with Moon-young’s children’s books. The drama was parallel to her own book which was supposed to be light but a bit grotesque for the taste apparently.

With hints of Tim Burton-style graphics and a slight touch of romantic comedy in the first two episodes, this new series is made to make us feel intrigued and disturbed. It presents a thin line between the rational mind and hysteria. It’s meant to challenge the viewers about morals and mental stability. I don’t know if it’s a good thing or something to be worried about, but I think if you’re bothered by just watching the little Moon-young tear that live butterfly apart, you’re still normal. Albeit too dark for some people, this drama is still refreshing to watch because it’s different. 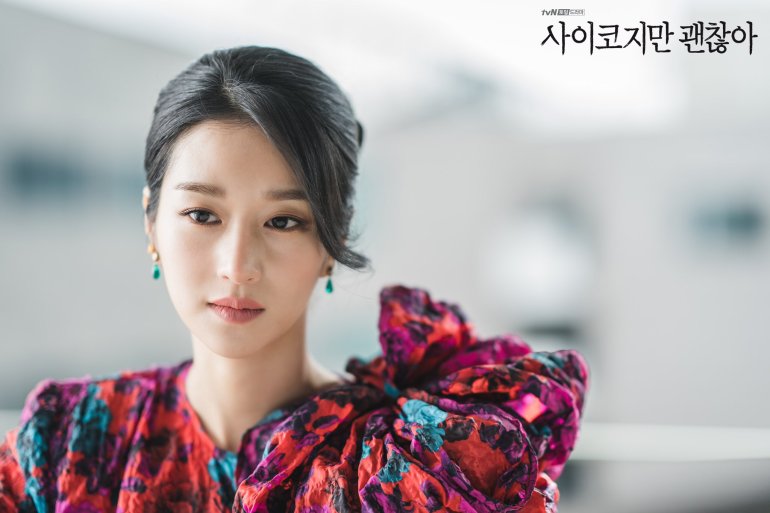 My favorite part of the drama would have to be our heroine (or anti-hero as it seems), Ko Moon-young. She is a no non-sense femme fatale who doesn’t hesitate to do whatever she wants to do without worrying about other people’s judgment. I know this could be a double-edged sword as this attitude could also be her downfall, her anti-social behavior opens the eyes of the audience to the mindset of people who screams of darkness and chaos. Her aura is very appealing and her presence is so extra. Moon-young’s childhood background was super depressing, it totally makes sense she ended up that way.

The hero, Moon Kang-tae (Kim Soo-hyun) is a mysterious one. One of the most striking lines he made in the first two episodes was his description of Moon-young’s anti-social personality. He doesn’t recognize it as a disorder, and tells her that’s she was just born with it. We also got to know his backstory early on in the series. He and his brother Moon Sang-tae (Oh Jung-se) were orphaned after their mother was apparently killed by a still unidentified person. Sang-tae, the only witness to the killing, has autism. He was certain that their mom was killed by the “butterflies” which also prompted the brothers not to stay in the same place for a long time. They keep relocating every now and then. What’s more interesting is that Sang-tae’s favorite author is Ko Moon-young. What’s with her books that draw him? Does he sense that the writer is an outcast, too? Moon-young and Sang-tae are yet to meet each other properly, so their inevitable interaction is something worth anticipating.

There were a lot of colorful supporting characters, too. Kang-tae’s BFF Jo Jae-su (Kang Ki-doong), art director Yoo Seung-jae (Park Jin-joo), and Lee Sang-in Depyonim (Kim Joo-hun) were the standouts. This gives my hopes up that we will all delve into the rom-com category in the coming weeks.

Dramagods, please make Nam Ju-ri (Park Gyu-young) and Jae-su as the second couple. I don’t want to see Jae-su sacrifice his love life to his best friend. I would love to see Park Gyu-young and Kang Ki-doong end up together! (What a cute Romance is a Bonus Book reunion! I miss Gangnam Leopard!) 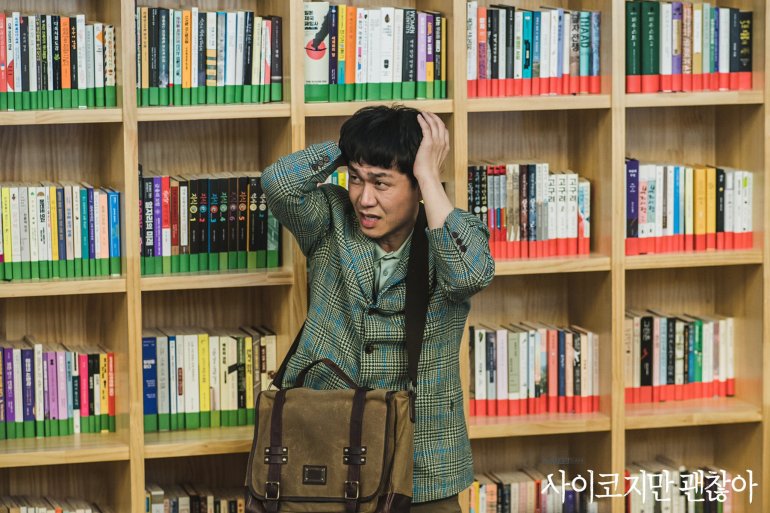 Overall, the story is very promising. CGIs, animation, cinematography – they’re all perfect. Not to mention Kim Soo-hyun and Seo Ye-ji’s visuals really served us beautiful content. I just hope they would include a trigger warning at the start of every episode as it’s very dark and it tackles mental health issues which is always a sensitive and tricky matter to utilize in motion pictures.

2 thoughts on “First Impression: It’s Okay To Not Be Okay”