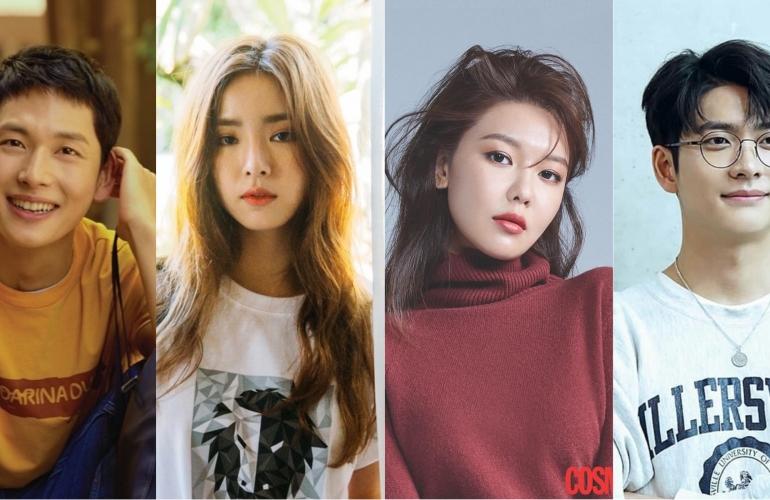 Im Si-wan (Strangers From Hell), Shin Se-kyung (Rookie Historian Goo Hae-ryung), Choi Sooyoung (Tell Me What You Saw), and Kang Tae-oh (The Tale of Nokdu) have all been confirmed to star in the newest jtbc drama “Run On” (literal title).

The drama is about a former sprinter who falls in love with a subtitling specialist. Im Si-wan plays the role of Ki Sun-gyeom, a former athlete of the national track and field team who was forced to retire due to an unfortunate incident. He now works as a sports agent. Shin Se-kyung will appear as the female lead Oh Mi-joo, a persistent movie subtitle translator who feels enthusiastic every time she sees her name during the end credits.

Sooyoung signs on the role of sports agency CEO Seo Dan-ah. As the only child of her family conglomerate Seomyung Group, the pressure is on her to prove her worth for being a woman. She was removed from the list of potential successors of the company and now lives her life to regain her rightful claim. Kang Tae-oh will play the character of Lee Young-hwa, an art student who loves going to the movies and drawing croquis sketches.

The drama will be written by Park Shi-yun and directed by PD Lee Jae-hoon (The Ghost Detective). It is set to air in the second half of 2020.