This series is the kind of surprise we need in a year like 2020.

“It was entertaining but there’s nothing new to it,” This was my first impression after watching Mystic Pop-up Bar pilot week’s episodes. At first glance, its main characters Wol-ju (Hwang Jung-eum), Guibanjang (Choi Won-young), and Han Kang-bae (Yook Sung-jae) could be compared to characters from other fantasy K-series. The exposition part of the series introduced us to Wol-ju’s background as a young shaman who fell in love with someone who they say was out of her league – Crown Prince Lee Hon. The first episode didn’t sit well with me especially with its graphic depiction of Wol-ju’s death (yep, for someone who never liked gory things that’s already graphic for me). 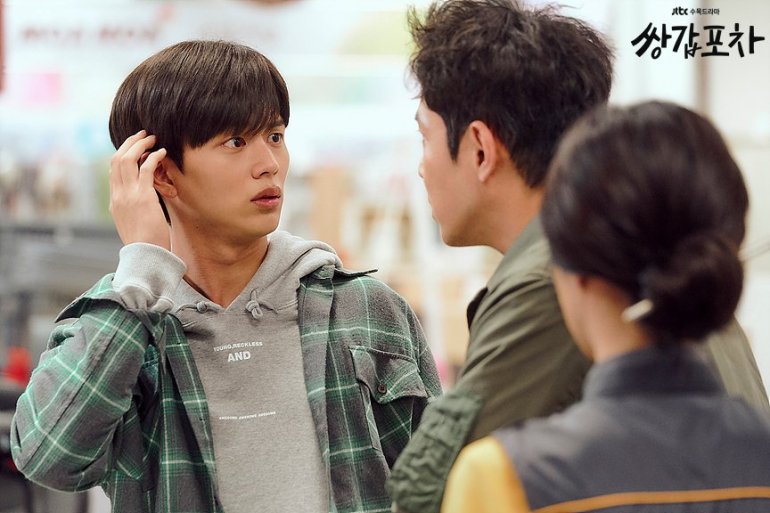 But then things started getting more interesting as the wheels of Mystic Pop-up Bar’s plot started churning into its intended narrating pace. From episode 3 forward, Mystic Pop-up Bar started establishing its own identity with its effective worldbuilding. They lured us into different realms they created: the world of the living, the Afterlife, and the dream world. The details for these fictional worlds weren’t drop in one go; making its audience pick up details here and there. That’s when Mystic Pop-up Bar became included in my good book. They didn’t spoon-feed its viewers with chunks of information but instead, show it through entertaining sequences.

I really thought the series would delve into the issue of death and the afterlife in a bleak manner but that impression was really wrong. The series didn’t take itself too seriously. One of my favorite Afterlife anecdotes was those of the seven firefighters being reincarnated into top stars as a reward since they’ve led a good life. Through that episode, they’ve shown Wol-ju, if she successfully finished her goal, could have an option to be reincarnated. It was a perfect example of Mystic Pop-up Bar showing how things work in the afterlife without going full-blown encyclopaedic to us.

Another good point for Mystic Pop-up Bar was how they used their episodic subplots to make some progress with the three main characters’ stories. The per-episode cases they handled were funny and touching at the same time. But the series always end each “resentment case” with Wol-ju reflecting on her situation. Because more than the external conflicts presented, the inner conflict in Wol-ju’s heart was more of a priority for the series. They made sure that Wol-ju was prepared – meaning without the resentment and anger in her heart- before they started dropping revelations at her feet.

Speaking of revelations, Wol-ju might be the central character for Mystic Pop-up Bar but that didn’t mean Manager Gui and Kang-bae were her mere sidekicks. As the series run into full gear, it has become apparent that each character arcs of this trio were integral to each other.

Both the reveal of Guibanjang and Kang-bae’s characters hit me like a comet in the sky. There were foreshadowing from the start of course. I’ve seen through my plain eyes the traces and hints they left but they still surprised me nonetheless. 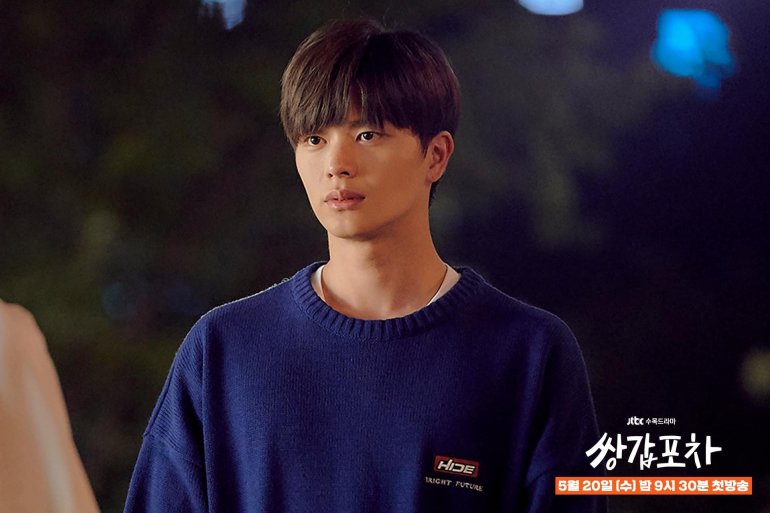 Han Kang-bae and Wol-ju’s relationship was established to be that of a mother-son/aunt-nephew type. I’ve never been happy for a fictional character before like I was for Wol-ju when they revealed Kang-bae has the spirit of Wol-ju’s unborn child and the Sacred Tree. The thought of saving his son was the only thing on Wol-ju’s mind throughout her 500-year punishment and it felt like an incentive for her hard work to finally meet her son.

It was bittersweet since we all know how much Wol-ju blamed herself for her child’s death. But I really think it was still a moment to celebrate since she was given a chance to watch her son grow from an outcast to a ‘normal’ adult. And of course, this was one of those dramas whose the mother-in-law approves the male lead’s love interest (haha); even going to karaoke with her and drinking their hearts out.

I was channeling Wol-ju every time I watch the interaction between Kang-bae and Kang Yeo-rin (Jung Da-eun). My fanmom persona instantly adapted them as my babies. Kang-bae, who has been an outcast all his life, found someone who he could accept him for who he was. He found someone who has the same wound and as some fans pointed out, they were each other’s Yin and Yang. 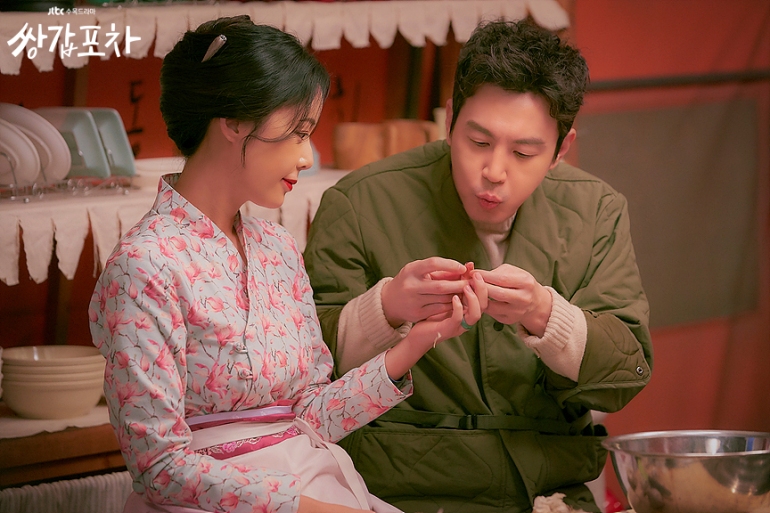 Guibanjang and Wol-ju’s relationship, on the other hand, had a vague introduction. So vague that I even thought that Guibanjang could turn out an evil character who would make Wol-ju’s journey to the afterlife a difficult one. You couldn’t blame me for this because Choi Won-young’s image from Hello Monster always lingered at the back of my mind. It was only until Mystic Pop-up Bar happened that his image turned from a psychopath to a swoony crown prince.

I never thought that I would be boarding a ship with a character portrayed by Choi Won-young on it. The series tried to confuse us with some scenes but Guibanjang was definitely Crown Prince Lee Hon. Aside from the fact that it made more sense than the “CP is Kang Bae” route, Choi Won-young and Hwang Jung-eum have this unexpected on-screen chemistry. There were no grand gestures nor there was public confession involved but their private conversations were filled with romantic tensions. There was always longing and regret emanating from Guibanjang’s eyes whenever Wol-ju talked about her past. Their partnership worked out because both of the actors were both experienced in their field.

Hwang Jung-eum, in particular, brought her a-game in this series. She knew when to drop those comical lines on time. She’s good at giving the right amount of ridiculousness that a scene needed. She also knew how to share the spotlight with her co-stars especially to a young actor like Sung-jae. And of course, it wouldn’t be a Hwang Jung-eum series without her heart-wrenching breakdowns. Most of her scenes in Mystic Pop-up Bar were on the funnier side so when that “monologue to the moon” scene happened, I was once again reminded of Jung-eum’s acting caliber. I’m really glad she did this project. As much as I adore her previous rom-coms, it was time for her to try out a role different from those light-hearted series. Although I thought this series would really go full dark, as I’ve said earlier, they still managed to give Jung-eum her shining moment. 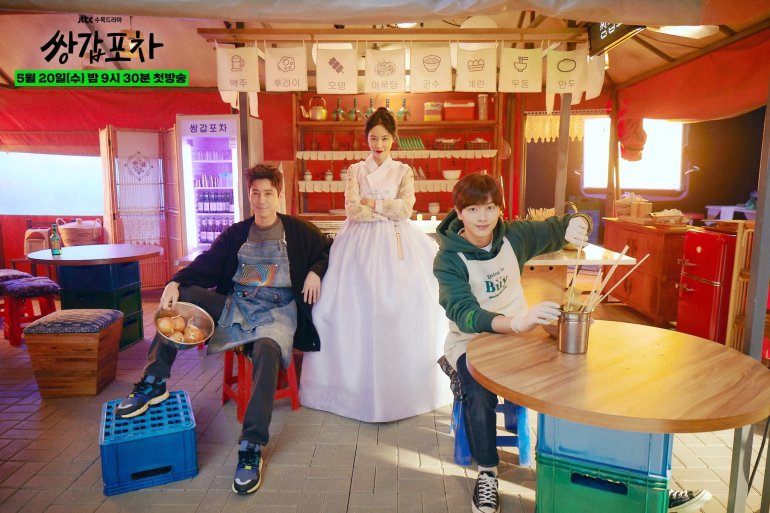 Full disclosure: I’ve started watching this drama because it’s just a 12-episode series (and also because this is the last project of Sung-jae before he left for his military enlistment.) Never did I thought I’ll end up wishing it was a full-length mini-series with 16 episodes or more. Sure, I was expecting it to be entertaining but not this much.

Mystic Pop-up Bar was that surprisingly good. The storytelling was intact with no unnecessary filler scenes in it. Most probably because they only have limited time to narrate Wol-ju’s story. That certain limitation could have been a disadvantage but they made the most of what they have and gave us a hilarious yet heartwarming K-series.

-I’ve noticed some loopholes and loose ends during the finale. How did Guibanjang come back alive after turning into ash? Why did Wol-ju fail to recognize Guibanjang all this time? Did I just miss the answer to these questions? These were still forgivable though as the positive things I got from the series outweighs these things.

-I want more of Jung Da-eun!

-Yeomradewang is a UENA hahaha

-Let this OST be on repeat for the next two years.