Sometimes we have to look back so we can move forward.

Sunset In My Hometown started in unfamiliar territory for me: the world of rap music. The movie’s main character Hak-soo (Park Jeong-min) is a rapper who has participated in popular TV show Show Me The Money for six consecutive years. He’s considered good in his craft but for some reason, he couldn’t succeed. It felt like the movie intentionally showed Hak-soo was struggling because he was being held back by something; which was then revealed to be his past.

Things get clearer when Hak-soo reluctantly went back to his hometown, Byeonsan, after receiving a phone call about his father’s health condition. This is where the movie finally got my full attention. We got to know our protagonist better through the people in his past. The back and forth from the present timeline to flashback scenes were seamlessly included in the narrative. It was like I was there with Hak-soo in his hometown, meeting with people he grew up with, and reminisce memories together.

The bits and pieces of his past also explained why he turned out that way. Through Sun-mi (Kim Go-eun), Hak-soo realized he was getting nowhere because he was a wandering lost soul. And if I’ll pick my favorite scene from the movie it will always be Hak-soo’s conversations with Sun-mi particularly the one where Sun-mi literally slap some sense to Hak-soo.

Kim Go-eun transformed into the frank yet genuine Sun-mi for this project. She acted like a naïve country girl in the beginning but her character eventually revealed that she actually “grew up” unlike Hak-soo who seemed to be shackled by his past. Her awkward first conversation with Hak-soo made me realize why they chose Go-eun for this film. They needed actors who can pull off their characters naturally. And Go-eun was definitely the right choice for it and the same goes for other cast members of the movie.

Go Joon played the role of bullied-kid-turned-gangster Yong-dae. From his tacky clothes to his slouched posture, Go Jun made sure his character adds color to the story. His scenes were some of the funniest in the flick. I thought he was an antagonist of some sort but as it turned out the real antagonist was Hak-soo’s internal conflict and that he had to resolve it by meeting his childhood friends again.

That includes his first love Mi-kyung (Shin Hyun-been). Dealing with the theme of first love in this kind of movie was inevitable. But they didn’t show it through a rose-colored lens. Instead, we saw how Hak-soo realized he has put Mi-kyung in a pedestal and he was no longer smitten with her. Shin Hyun-been was so different here from her other characters. Just like the rest of the cast, she was also so natural in her role. I know that her “loveline” with Go Joon was supposed to be comical but I couldn’t help think that they actually look good together onscreen. I like her scenes with Yong-dae better than her scenes with Won-joon (Kim Joon-han). I think it was because Won-joon’s character was made to be annoying and irritatingly obnoxious.

All of them contributed to Hak-soo’s character development. They were there to help him see his past in a new light. He couldn’t do anything now to change what happened in the past but as his father (Jang Hang-sun) said, the best revenge is to live a good life. His ending performance was full of emotions; a perfect culmination of everything he learned from his trip to Byeonsan. I’ve seen Park Jeong-min in several projects in the past and in this movie, he proved that he’s not just a good supporting actor. He could lead his own story. He was so believable in his role. He was funny when he should and he pulled out some empathy for me when needed.

Sunset In My Hometown is a warm hearted feature. Its story is not a new one but its strength is its endearing characters and their sincere stories. It’d leave you reflecting on how your past contributed to the person you’ve become but at the same time, it’d leave you with a smile on your face because of its lighthearted narrative.

Post-credit thoughts:
-These are my favorite quotes from the movie:

“First love is beautiful. Not only because he’s beautiful. The period of first love was filled with honestly but awkwardness. And I was disgustingly a naïve young girl. I didn’t love him. I loved the way I love him. And thus first love concluded unfulfilled.”

“The one who made me discover the sunset was you. I’ve seen sunsets countless times while living here but I’ve never seen it like that before. It’s majestic but also pretty; pretty but also so sad. If something so sad can be so beautiful, I thought it wouldn’t be sad anymore.” 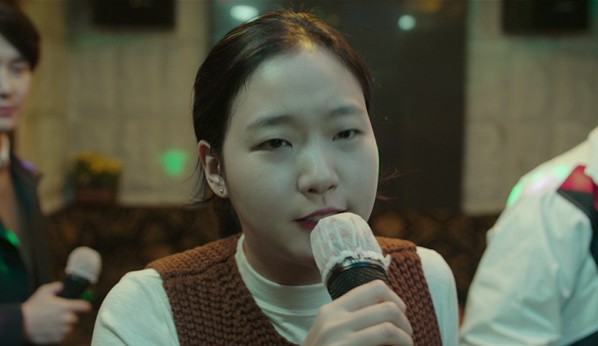 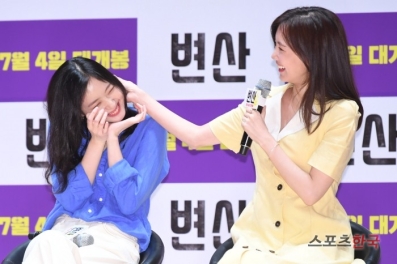 -And gif dump for the cast because I love them