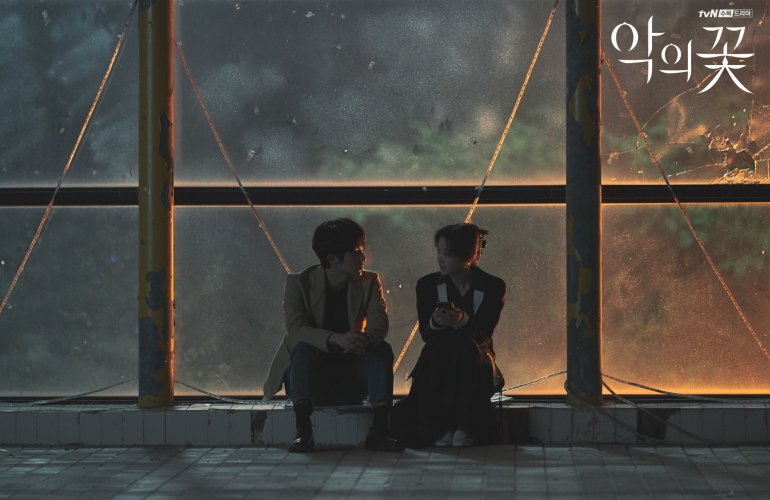 I have so many emotions for these two episodes!!!! The drama is just getting better and better every week and I seriously can’t have enough! (For the sake of this blog and my sanity, let’s call fake Baek Hee-sung as Hyun-su and real Baek Hee-sung as Hee-sung.)

Hee-sung and the fake parents

Man, the fake parents are really proving to be a treacherous pair! I was afraid of fake Mom at first because of her very outspoken attitude against Ji-won and Eun-ha. I really didn’t like how she treat Hyun-su’s family so badly. She’s your typical elitist K-drama mom who disapproves her son’s choice of wife. But after watching Episodes 7-8, her image totally changed! Her cute interaction with Eun-ha crossed out the evil grandmom concept! However, that’s not the case with the fake Dad. Dr. Baek has this potential to be the main villain, IMO. He blames his wife for the unfortunate incident that led to the real Hee-sung’s vegetative state. He hates everyone (even Eun-ha) and only cares about his position and power.

Now that the real Hee-sung is awake, I can’t wait to see how everything will change not only for the parents but also to Hyun-su.

So… we have a confirmed killer in the pack! Hae-su did kill the village foreman after all. She was initially asking the foreman to stop the exorcism on Hyun-su, but things got awry instead. The flashbacks didn’t elaborate on how she killed him, but we definitely witnessed how Hyun-su took the blame for everything just so his sister could live a good life. It was so unfortunate and unfair for the siblings to go through such horrible things, but at least now they have a chance to correct everything. I may not agree with the route they took after the killing, but sooner or later, Hae-su needs to come clean with the police, for her own peace of mind.

An uneasy wife is better than the NIS

Wow, I underestimated Ji-won here. First, she replaced the “lost” watch of Hyun-su with a brand new one. She said the police were not able to find his watch after the kidnapping. I thought she was just being thoughtful because, after all the revelations, she still cares for her husband. But man, I got it all wrong. She installed a tracker in that watch so she could check on the activities of Hyun-su while they’re not together! And because of the watch tracker, she always updated with Hyun-su’s whereabouts. Ever since Moo-jin implicated Hyun-su in the serial murders, the two were almost always inseparable while trying to find out the real accomplice of Hyun-su’s father. Hyun-su also asked Moo-jin to locate his sister to ask her about the fishtail keychain.

Another chilling moment from these episodes was that “date” at the old house of Hyun-su where all the murder victims were held captive. I couldn’t blame Ji-won for triggering Hyun-su to show his real self because of all the lies that she had to go through. The trust is definitely broken between them and it’s too late to save themselves from the inevitable, but I just feel like Ji-won was too harsh on her husband here. If he really has that killer instinct, how would she explain their long-lasting relationship? All those little moments with baby Eun-ha on a tantrum is just an indication that he’s just a soft boy longing for familial love.

Hyun-su and Hae-su’s reunion gave me all the feels. What a lovely reunion of two ill-fated souls who were forced to grow up too soon for their own survival. It felt so good seeing Hyun-su talk about his wife and daughter to Hae-su! I hope she will meet them soon in a much better time. But then again, the siblings reunited for a cause and that is to chase down their father’s accomplice. They would team up together with Moo-jin to find out the real identity of the accomplice.

I know it’s been established from the start that Hyun-su is just using Ji-won as a front for his new identity. But it’s still painful to hear from his own mouth that he doesn’t love Ji-won. Well, to be clear, he doesn’t know how love feels like. Don’t worry, Hyun-suya, you’ll soon realize how much your family means to you.

“I want to live as Baek Hee-sung”

While Moo-jin, Hae-su, and Hyun-su were checking the audio recording of the accomplice’s voice, Hae-su asked why Hyun-su is trying so hard to clear his name this time. And the answer was clear, he wanted to keep living as Baek Hee-sung. He’s been living this life for 15 years, and he would not give it all up without a fight. Hyun-su has something to protect now. He’s a changed man. He may not realize it yet, but it’s obvious tat he loves his wife and daughter in the only way he knows how.

🥀 Who the hell is the accomplice? I’m getting the chills just by looking at him! All we know about him was that he was bailing at the wake. This could mean two things, he respects Do Min-seok a lot, or he was just pretending to be sad to be able to approach the kids without being obvious of his real intentions. Is he someone we already know?

🥀 Baek Eun-ha has her fake granny under her spell as well!!!!