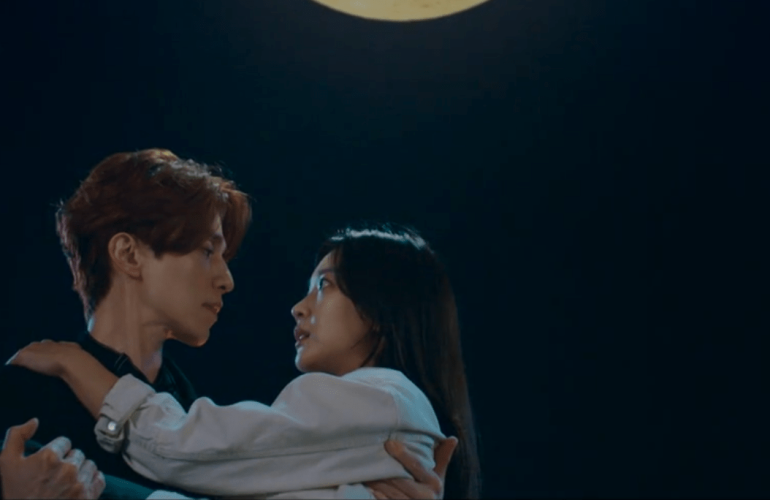 PD: Kang Shin-hyo (Children of a Lesser God, The Heirs)

A 1,000-year-old male gumiho, Lee Yeon, settles in the human world while searching for his first love’s reincarnated counterpart. He then came across TV show producer Nam Ji-ah, who has the same face as his first love. Together, they’ll try to solve the mysteries of their own lives.

I always enjoy watching urban fantasies and what I love the most about it is how it mixes old tales and legends into the modern world. That’s what Tale of the Nine Tailed tried to do on its premiere week.

The show started with the tragic past of our heroine Nam Ji-ah (Jo Bo-ah) and how she was saved by a mystical being; she later discovered a gumiho. This whole introductory sequence was gripping enough for me to get curious about how gumihos live. It seems we have two kinds: those who live with humans in peace and those who kill and enjoy watching their sorrows. The twist of the missing bodies was also worth a good point for the series. It added mystery to Ji-ah’s character. I still long to see a bit more of her melancholic side though. She’s definitely a strong and smart character but I didn’t feel empathic towards her. I needed that so I could cheer for her in her investigation of what happened to her parents.

The same goes for Lee Yeon’s back story. His past was shown briefly. It didn’t fully reel me in but it was entertaining nonetheless. His love story was romantic and sad, especially the scene where he gave up his Yeo-wu Gu-seul or Fox Bead to his first love, Ah-eum. He even sacrificed his status as the mountain spirit of Baekdudaegan for the resurrection of this woman. But what I enjoyed the most about his story is his encounters with other mythical creatures.

I really like how human they seem and how the afterlife office looks and feels like an ordinary workplace. Afterlife manager Taluipa (Kim Jung-nan) and her husband Samdo River gatekeeper Hyun Ui-ong witnessed firsthand Yeon’s past. Even if Yeon acts aloof at times, he seems to have maintained good relations with them and the veterinarian Goo Shin-joo (Hwang Hee).

However, Lee Yeon doesn’t share the same friendly bond with his stepbrother Lee Rang (Kim Bum). Lee Rang is really hostile to Yeon. I wonder though if it was because Yeon abandoned him. It seems like Lee Rang’s wrath is deeper than a tantrum. But if I’m wrong, then he’s just plain childish and petty. Anyway, Lee Rang is using Ji-ah to lure his brother but it seems his antic is making the two closer. What I want to know more is whether Lee Rang will fall for Ji-ah or does he have his own romantic subplot with Gi Yoo-ri (Kim Yong-ji). I’m actually hoping for the latter because I had enough of complicated love triangles in other dramas for this year.

Tale of the Nine Tailed’s premiere week is good despite falling a tad short of my expectations. The world they introduced to us, though, has a huge potential for an epic fantasy story. The use of already established folktales is its strongest point for me and I would very much like to learn more about it through the eyes of Yeon and Ji-ah.

-The duality of Kim Bum

-Please dramagenies, let them be a beta couple instead

-Nell sang the first released OST for this series. OMG!