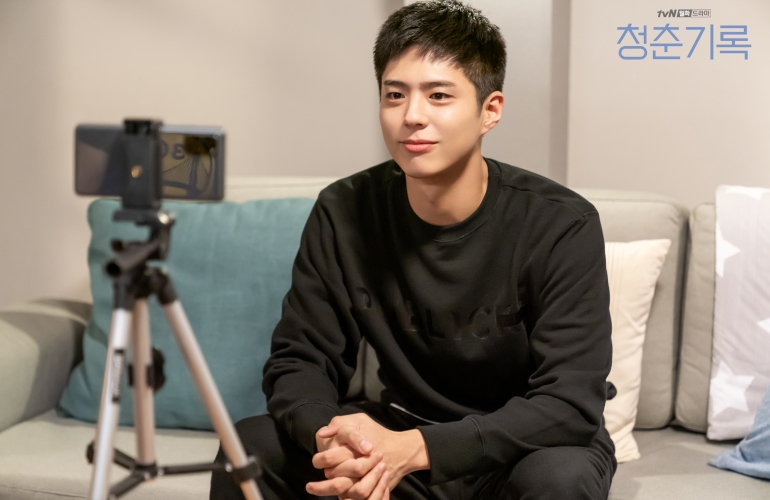 It’s the finale week for Record of Youth and we finally see the end of Sa Hye-jun’s (Park Bo-gum) journey. Well, sort of. Let me weigh in the good memories I had with this series and the not-so-good one as well.

We started the drama with Won Hae-hyo (Byeon Woo-seok) leading the race to stardom. He gets cast in nice roles in movies and TVs. His popularity is rising. And he has a nice background to boot. But one thing is missing for him: luck. Because you see, the entertainment world is not all hard work and talent. Because if it’s the case, then Hye-jun should have gotten more popular than Hae-hyo. And luck isn’t something his mother Kim I-yeong (Shin Ae-ra) for him. In the end, though, he was relegated to the second lead role to Hye-jun. The rookie star that never shined. The sort-of fallout with his mother, in the end, was kind of sad but I think it was apt for his character. I-yeong has a point for saying Hae-hyo has been complacent as well. And that he has to accept that sadly, he can’t do it on his own. His background can be his strength and weakness at the same time. All these are I think is what the writer is aiming for but it lacks the impact it should have.

I surrendered any hope that Ahn Jeong-ha (Park So-dam) will get a good character development a few weeks back but I still can’t help but be disappointed with how all this turned out for her. I think I’m also at fault for expecting too much with this drama. I thought that even though Hye-jun is the central character, we’ll still get good subplots for Jeong-ha and Hae-hyo. But alas, it’s getting worst and worst for both of them. Actually, in comparison, Hae-hyo got a better resolution than Jeong-ha. They didn’t develop her side of story in full and so the supposedly big scenes just felt ordinary. Take for example the break-up scene and the “talk after the break-up” scene. The dialogues are good. It could have elicited heartwrenching regretful tears from me. But since they never showed what was going with Jeong-ha, it just felt like the hated noble idiocy in K-dramaland. The show makers teased us with a potentially good background story for Jeong-ha but they never gave us the whole thing.

I feel like Park So-dam has been snatched a good chance to showcase she’s not just someone who shines on a two-hour film. And that she could also shine in a small screen. She did her best though with what she was given. She delivered the endearing banters with Bo-gum effortlessly. And salvaged the break-up scene, which was supposedly the climactic part of the series.

After giving up on Jeong-ha, I cling to the fact that this series is all about Hye-jun. As I’ve said before, it wasn’t a bad thing. They successfully told all sides of his story from the start and that’s why I was okay with finishing this drama for his story alone.

At the start of the series, I thought I was watching a family drama with all the air time they got in one episode. I didn’t like it at first but I’ve learned to like all the members of the Sa Family. Han Ae-suk (Han Hee-ra) got the easier part since her motherly love and care for Hye-jun was always a delight to watch. I appreciate how she gave good pieces of advice and words of wisdom to Hye-jun.

Another good ending for the Sa Family is how halboji Sa Min-ki (Han Jin-hee) and his son, Sa Yeong-nam’s (Park Soo-young) relationship mended. Min-ki won over his son with his perseverance. Yeong-nam for his part became more open to these “risky” careers Min-ki and Hye-jun chose for themselves. He even apologized to Hye-jun! It was heartwarming and a bit funny at the same because of how realistic (and cute) the awkwardness in the post-tears scene is.

Among all the members of the Sa Family, Hye-jun’s brother Sa Gyeong-jun (Lee Jae-won) annoyed me the most during the start of the series. But he eventually won me over. He showed that he also cared for his dongsaeng in his own way. They both have their quirks and differences but they both accept it because that’s what family does.

Now going to our main hero, Hye-jun’s career woes got resolved pretty quickly after CEO Lee Min-jae (Shin Dong-mi) released the last text of Charlie Jung. Hye-jun was right. People still said bad things about him. But at least, it saved his career from further damage. I think even Charlie would have been happy to help him that way. Anyway, the issue gave some realizations for Hye-jun. He didn’t have to always run fast. He already proved himself and it was time for him to recalibrate where he really wants to go. His youth may be over but his life is just starting.

Hye-jun is Park Bo-gum’s last character before he enlists. And so, I was really intrigued as to why he picked this drama. In the end, I realized he wanted to show his fans a glimpse of roles he could do in the future. A dangerous villain in an action movie, a charming medical intern, a heroic king in a sageuk, dramatic chaebol, and a charismatic gentleman from the 1940s. He shined on every scene. His eyes showed his character’s emotions even without the help of good dialogue or a cinematic shot. Hopefully, we’ll get to see one of those roles became a full-length mini-series in the future.

Record of Youth has all the ingredients to become a good drama. All they had to do is to stir it in the right direction and use the right heat to make it warm and well-done. Yes, they didn’t let it burn too much but they turned off the fire too early and served it uncooked. I was excited about this series and it really had the potential for being a great drama during its first half. But somewhere along the way, its plot has plateaued.

I tried its best to show what it’s like when we’re young. The attempts are evident in the poignant dialogues it has. The story of Hye-jun and Jeong-ha, as well, started on the right foot but it never peaked. The open ending for them seems to be a lame excuse for not knowing what to do with these characters. Don’t get me wrong though. I don’t hate the entirety of ROY. I really enjoyed watching the first arc of the story and it pushed my expectation a notch higher. It was probably too high that the next arcs felt underwhelming.