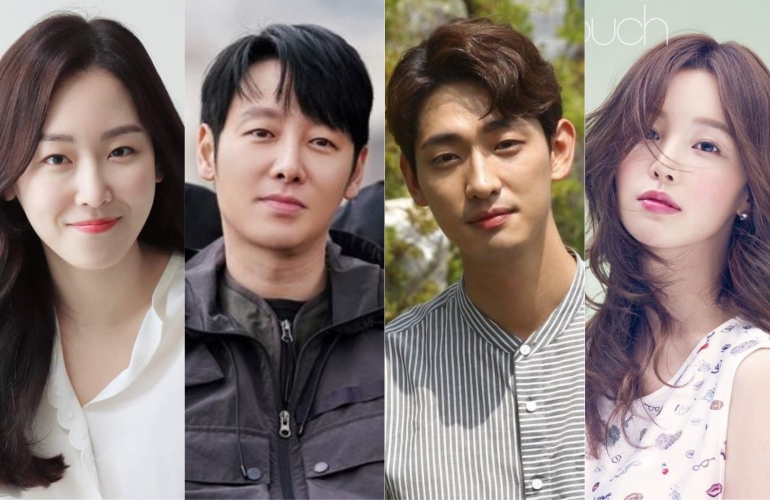 Seo Hyun-jin (Black Dog), Kim Dong-wook (Find Me in Your Memory), Yoon Park (Birth Care Center), and Nam Gyu-ri (Kairos) have all been confirmed for the upcoming healing romance drama “You Are My Spring” (literal title).

The drama revolves around a murder case that took place in a building where the lead characters are currently residing. It will depict a story of four people living their adulthood with their inner child still lingers within them.

Seo Hyun-jin will play as Kang Da-jung, a hotel concierge manager who recently moves in to the building for a fresh start. She doesn’t remember much of her childhood, is forced to face it after getting involved with her downstairs neighbor.

Kim Dong-wook takes on the role of Joo Young-do, a psychiatrist who enters the field to helps other people overcome their emotional wounds. He is intelligent and analytical. He also seems cool-headed but in reality, he has yet to resolve his own scars from the past.

Yoon Park will appear as Chae Joon, an investment company CEO who appears in front of Kang Da-jung one day and knows exactly what she wants. His personality always changes by the day – he could both be warm-hearted or cold-hearted.

Nam Gyu-ri will play as Ahn Ga-young, an actress who can both be loveable and annoying at the same time. She is afraid of falling in love again after being hurt by her last boyfriend, who also happens to be her manager.

“You Are My Spring” will be directed by PD Jung Ji-hyun (The King: Eternal Monarch) while the script will be written by Lee Mi-na (Bubblegum). It aims to premiere in the first half of 2021.