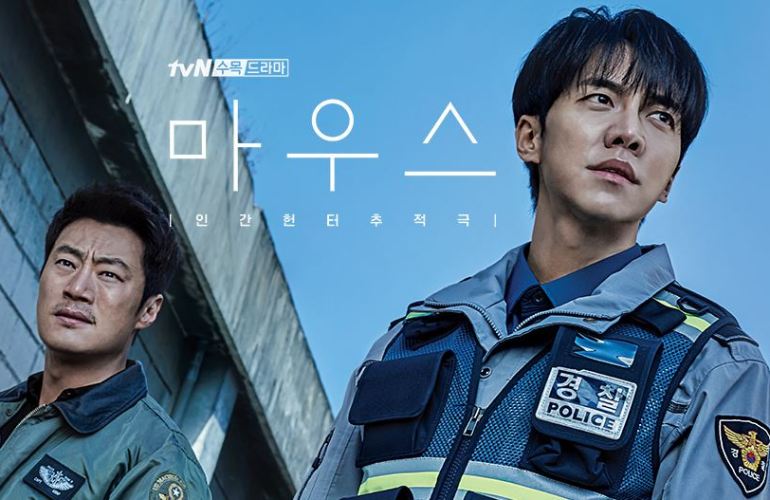 Mouse’s story started with Go Moo-chi surviving a murder that eventually led to the capture of the psychopath killer, Head Hunter. A few years later Moo-chi becomes a detective investigating a possible case of another serial killing. He would soon cross paths with rookie police officer Jeong Ba-reum and together, they’ll try to solve a mysterious murder case, which seems to be connected with their pasts as well.

I lost count of how many times I gasped due to the twist after twist shown in Mouse’s premiere episode alone. They used the whole first episode to set the back story that would surely be hovering around our main characters throughout the series. Through the case of Head Hunter, who turned out to be a famous neurosurgeon Han Seo-joon (Ahn Jae-wook), the writer has shown us how a psychopath’s mind works. It was disturbing how inhumanely they act and think. They don’t have remorse at all with what they did. But it also left us a question on whether a psychopath gene alone is enough to brand a person as a potential murderer. Because as Dr. Daniel Lee (Jo Jae-hyun) pointed out, those genes would lay dormant unless woken up by a trigger. It raises the question on whether or not it is the society itself that transforms these people into a “monster”. And I believe this same question is what we would be exploring as we get to know more of our main leads Jeong Ba-reum (Lee Seung-gi) and Go Moo-chi (Lee Hee-joon).

Go Moo-chi’s story was clearly told from the death of his parents to how he currently works as a detective. But the other characters around him feel like they have their secrets hidden from the façade of their seemingly normal life. Let me start with a lesser suspicious character, TV Producer Choi Hong-ju (Kyung Soo-jin). I said less suspicious because she looks like she’s really just an investigative journalist through and through without any backstory. I’m liking her dynamic with Moo-chi and I will love to see their teamwork in the next episodes.

Next up is Oh Bong-yi (Park Ju-hyun). She’s not suspicious but she definitely has a dark past she doesn’t want other people to know about. Her angst is not just because she’s a teenager, it is most probably because of a traumatic incident. She and Ba-reum live in the same neighborhood and I’m not sure if it’s just a coincidence or Bong-yi’s past trauma is also connected with Ba-reum.

Now the most suspicious of them all. We know little of our main character Jung Ba-reum. And with this kind of genre, it’s not surprising if Ba-reum is an ‘unreliable narrator.’ He seems too good to be true. It doesn’t help that it’s Lee Seung-gi playing this role. It’s tricky to think whether Ba-reum would turn out to be Han Seo-joon’s son or it was really Sung Yo-han (Kwon Hwa-woon), another mysterious character introduced to us in this premiere week. If it’s the latter, then it would be too predictable. But if it’s Ba-reum, then we need to know what happened to him when he was a child. Because we only saw at least half of Jae-hoon’s (Kim Kang-hoon) childhood. I’m not even that confident that Jae-hoon is Seo-joon’s son or not. Remember, there were two babies at that time that carries the so-called psychopathic DNA. One of the mothers even ominously stated that they should raise their children to prove the research wrong.

Right now, we’re not sure of anything yet as we only got a glimpse of every character in Mouse. But one thing I’m sure about, this series has the potential to be a haunting crime thriller that could make us gasp in surprise with its numerous possible plot twists.

– Thank goodness they put a disclaimer before the start of the episode. Let’s normalize giving psychological debriefing for actors portraying such difficult and emotionally-tolling roles.

– I have like a level 0 tolerance on gory scenes so I actually live chatted my reaction to the squad to lessen the fear. If your a scaredy cat like me, then this type of drama is definitely best watched with friends – friends who are actually into this kind of genre.

– I was tempted to use this as the cover photo. Seunggi-ya~ why do you still look adorable in those halmoni clothes?