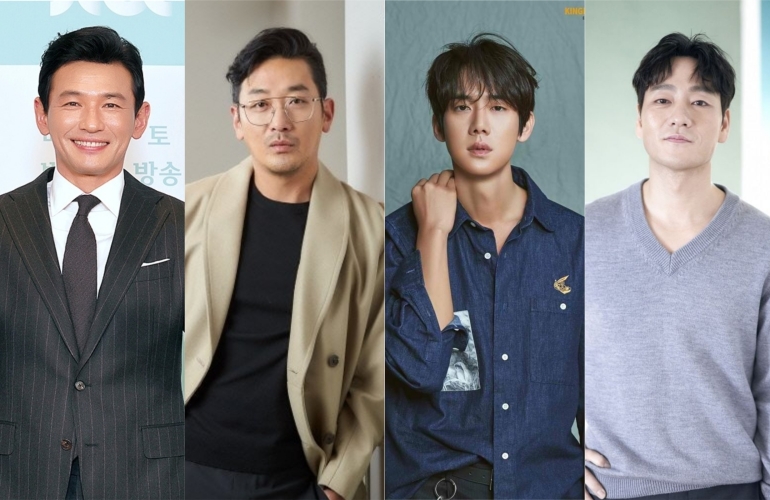 The drama project is based on a true story about a Korean immigrant who became the top drug kingpin in the South American country Suriname. The first script reading was already held last March 22. Hwang Jung-min will lead the drama as the powerful drug cartel boss while Ha Jung-woo will become his nemesis as a national intelligence agent who chases after him.

Ha Jung-woo plays the role of Kang In-gu, who sets off to Suriname to make big bucks but ends up knee-deep in drug crimes instead. Hwang Jung-min takes on the role of Jeon Yo-hwan, a powerful drug lord who has Suriname under his thumb.

Park Hae-soo transforms into Agent Choi, a NIS agent who oversees operations in the Americas and enlists the help of Kang In-gu to capture Jeon Yo-hwan. Jo Woo-jin plays Byun Ki-tae, a Korean native who hails from China and Jeon Yo-hwan’s right-hand man who carries out all his dirty work. Yoo Yeon-seok will appear as lawyer David Park, the brains behind Jeon Yo-hwan’s organization.

The drama will be another reunion project of PD Yoon Jong-bin (Gongjak, Beastie Boys) with Hwang Jung-min and Ha Jung-woo.

The project reportedly has a whopping budget of KRW40 billion (or approximately USD33.76 million).

Suriname will begin filming this April, and is slated to premiere in 2022.