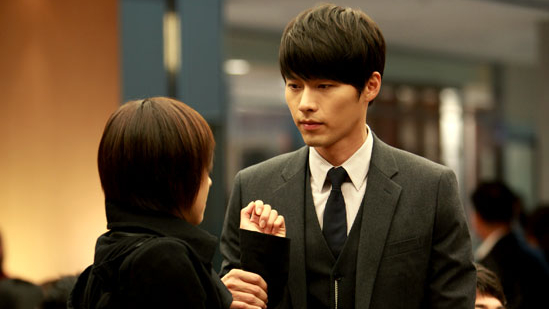 It’s 2021, and thankfully, coming across abusive relationships in Korean dramas is becoming less and less. We have graduated from the annoying phase of normalization of toxicity and violence among lead characters. I’m not saying we’ve eradicated them completely, but we now see an improvement in storytelling in terms of main couple interactions. This gives me hope that maybe one day, dating abuse in Korean dramas will not be hailed as “romantic.”

The late 2000s and early 2010s were just some of the most painful years as a fan. Drama after drama, we see bullies tagged as romantic leads. We are made to believe that we can change our abusive partners’ behaviors in the long run as long as we stay beside them. I know many fans looked past the abuse and toxicity when their favorites are on screen. I’m guilty of that, too. But I’ll never blame the poor girls who choose to stay because that’s what abusers do. They will brainwash you into staying with them against your free will.

In the case of toxic relationships in K-dramas, everyone’s top-of-mind would be the notorious global hit Boys Over Flowers. The original material itself was problematic already, and it didn’t help that many countries had their respective version of F4 bullies to be proud of. It’s usually like that, though, when it comes to the portrayal of abuse in K-dramas. Poor Girl meets Rich Boy. Rich Boy bullies Poor Girl, but Poor Girl fights. Rich Boy finds this resistance cute and soon falls in love with Poor Girl. And their love story unfolds. Some find this endearing, while others loathe it. Gu Jun-pyo (Lee Min-ho) was god-tier in terms of bullying to the point of making others attempt suicide. It was satisfying to see Geum Jan-di (Gu Hye-sun) resist his gestures, but this isn’t the real world. Eventually, our poor girl gave in to her growing feelings and fell in love with her abuser. No wonder we all find bad boys adorable.

Another example of a manipulative male lead was Baek Seung-jo (Kim Hyun-joong) in Playful Kiss. He humiliates Oh Ha-ni (Jung So-min) in public, and everyone finds his coldness giddy-worthy. Remember the controversial Cheese in the Trap? I have so many thoughts about that one, but let me say this. Yoo Jung (Park Hae-jin) did manipulate Hong Seol (Kim Go-eun), and we all couldn’t deny that. Destroying the female lead’s self-esteem is also evident in dramas like Pasta and Secret.

One more red flag normalized in Korean dramas is stalking. It’s never okay to invade anyone’s privacy despite your intention. It’s still an invasion. I re-watched Secret Garden right after Crash Landing on You ended last year to cure my Hyun Bin phase, but man, I barely managed to finish all 20 episodes. It was a cringe-fest! I remembered its peak days wherein we all swoon over Kim Joo-won (Hyun Bin) like it’s perfectly fine to stalk a girl using your connections. The body-swap was hilarious, but the coffee kiss was in fact, harassment. Gil Ra-im (Ha Ji-won) should have filed a restraining order immediately. If that happens in real life, K-netz would never let that man sleep at all.

In the case of Another Oh Hae-young, no matter how good the story was, it took me a long time before finally accepting the male lead Park Do-kyung (Eric Moon) as the end game for Oh Hae-young (Seo Hyun-jin). She didn’t deserve him at all, especially after he deliberately ruined her wedding out of a severe misunderstanding and a case of mistaken identity. Somebody’s life and career got destroyed because an egoistic man couldn’t handle his own break-up. How childish is that? Of course, the story evolved into a more relatable one after that chaotic introduction, but still, it could have been better.

As the years go by, this trope becomes less popular. Thankfully, the rise of female empowerment and movements against sexual harassment makes drama writers more aware of the current public sentiment. Why would you fall in love with someone who humiliates and manipulates you? I’m glad that we’ve made some progress in our generation to call out these problematic behaviors and don’t tolerate them anymore.

Dating aggression could also have significant relations to mental health, and this was manifested with the manner the public consumes these types of Korean dramas. The past generations could be more tolerable because media romanticizes toxic relationships. We still have a long way to go to change the system in general, but the increasing number of dramas that tackle sexual harassment should be recognized more. It should never have been normalized in the first place, but we welcome any movement signifying that we are on the right track.