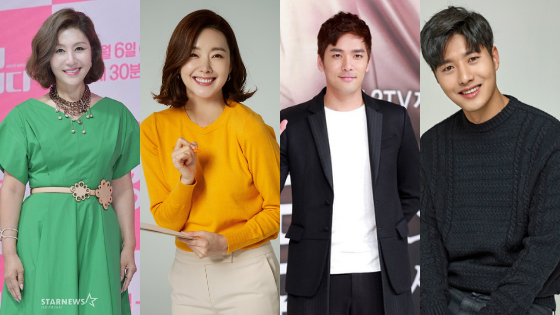 Choi Myung-gil (Men Are Men), So E-hyun (Fates and Furies), Park Yoon-jae (It’s My Life), and Shin Jung-yun (She Knows Everything) are all confirmed for the upcoming KBS2 weekday morning drama “Red Shoes” (literal title).

Choi Myung-gil will play Min Hee-kyung while So E-hyun will play her daughter Kim Zem-ma. Hee-kyung reunites with her first love and leaves her family, inflicting deep emotional pain on her daughter. Zem-ma will seek revenge against her mother while probing the sudden death of her father.

Park Yoon-jae will play as Yoon Ki-seok, a non-believer in love but is attracted to Zem-ma. Shin Jung-yun will play his free-spirited younger brother Yoon Hyun-seok.

“Red Shoes” will be directed by Park Ki-hyun while the script will be written by Hwang Soon-young (The Great Wives).