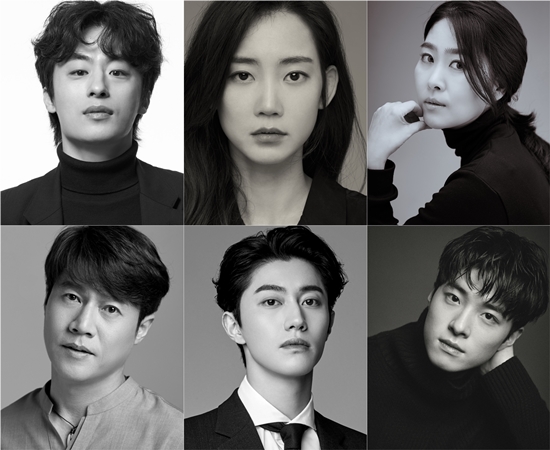 The actors will take on exciting roles led by Koo Kyo-hwan who will play the role of Jeong Ki-hoon, an eccentric archaeologist who studies supernatural phenomena; Shin Hyun-been will take on the role of Lee Soo-jin, a genius pattern interpreter whose life was changed after a tragic incident. Jeong Ki-hoon and Lee Soo-jin separated ways after losing their only daughter in a terrible disaster. Now, Ki-hoon runs an occult magazine and YouTube channel, ‘Monthly Ghost Stories’ where he investigates the ghost that appeared in Jinyang-gun.

Meanwhile, Kim Ji-young will play the role of Han Seok-hee, a police chief with extraordinary charisma and leadership who has a hard time dealing with her son Han Dok-kyung, which will be played by Nam Da-reum. Park Ho-san, on the other hand, takes on the role of Kwon Jong-su, the governor of Jinyang-gun. Kwak Dong-yeon has accepted the role of Kwak Yong-joo, Jinyang-gun’s resident trouble maker who keeps getting entangled with Han Do-kyung.

The series is written by Yeon Sang-ho (The Cursed) and Ryu Yong-jae (Pied Piper). It will be directed by PD Jang Gun-jae (A Midsummer’s Fantasia). It is set to air in the first half of 2022.