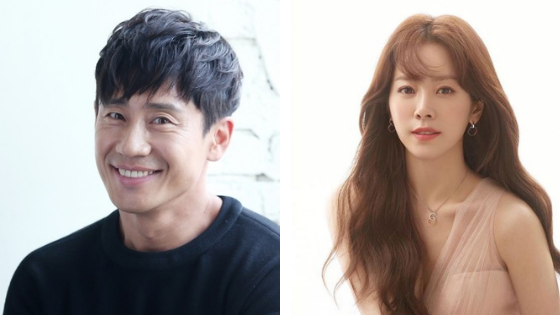 Shin Ha-kyun (Beyond Evil) and Han Ji-min (One Spring Night) have both been confirmed for the upcoming TVING original drama “Beyond The Memory” (working title).

“Beyond The Memory” is a sci-fi, futuristic drama that tells the story of how a man, who reunites with his dead wife through the use of virtual reality in a fictional city called Yondeo.

Shin Ha-kyun will lead the drama as Jae-hyun, a man who lives a painful life because he can’t forget his wife who passed away due to cancer. One day, he receives a mysterious mail offering him to travel to Yondeo to reunite with his wife under one condition: leaving behind his human body. Yondeo is a fictional city in 2040 Korea where inhabitants can live forever without death. Han Ji-min will play the role of Shin Ha-kyun’s wife.

“Beyond The Memory” will be the first small screen project of award-winning director Lee Joon-ik, (The Book of Fish, Anarchist from Colony, The King and the Clown).

The drama will premiere next year via TVING with episodes lasting less than an hour long.