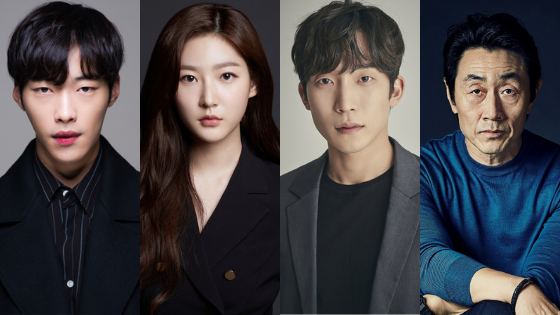 Netflix announced the cast for its upcoming series “Hunting Dogs.”

Based on the webtoon of the same name, the series will be led by Woo Do-hwan (The King: Eternal Monarch), Kim Sae-ron (The Great Shaman Ga Doo-shim), Lee Sang-yi (Hometown Cha-Cha-Cha), and Heo Jun-ho (Undercover). The series will revolve around people whose lives got entangled with each other because of debt and their attempts to get away with it.

Woo Do-hwan will play the role of Gun Woo, who is a promising boxer but quit the sport to pay his mother’s debt. He ended up working under CEO Choi. The loanshark character will be played by veteran actor Heo Jun-ho. CEO Choi is described as a legend in the private loan business but transformed into a moneylender for sick people.

The series will be written and directed by PD Kim Joo-hwan (The Divine Fury) and will be co-produced by Studio N, Seed Films, and SEVEN O SIX.