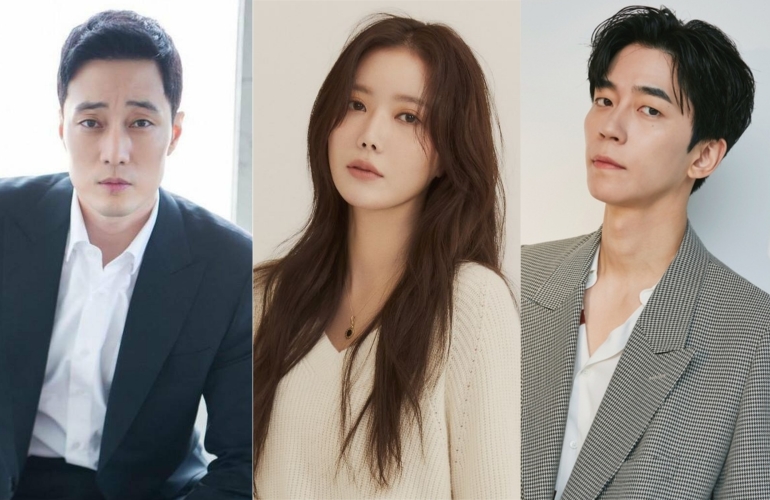 So Ji-sub (Terius Behind Me), Im Soo-hyang (When I Was The Most Beautiful), and Shin Sung-rok (Kairos) are all set to lead the upcoming MBC drama “Dr. Lawyer” (working title).

So Ji-sub will take on the role of Han Yi-han, a medical malpractice lawyer who was once a double-board certified surgeon specializing in general and thoracic medicine at the Bansuk University Hospital. He will be involved in a fabricated surgery incident that turns his life upside down. Now that he is a practicing lawyer, he digs into the hospital incident that happened four years ago.

Im Soo-hyang will play the character of Geum Seok-young, who works at the Seoul Central District Prosecutors’ Office’s Medical Crimes Department. Her principles about prisoner rehabilitation are more geared towards punishment rather than forgiveness,. She is revealed to have lost a loved one due to a surgery performed by Han Yi-han.

Shin Sung-rok will transform into Jaden Lee, the head of investment company Honors Hand. He is an influential figure who can control everyone in the palm of his hands. He will be a significant character in the life of Han Yi-han.

“Doctor Lawyer” is directed by Lee Yong-suk (Haechi, The Village Achiara’s Secret, Iljimae) while the script is written by Jang Hong-chul (Mr. Temporary).

The drama will consist of 16 episodes and is expected to premiere on MBC in the first half of 2022.