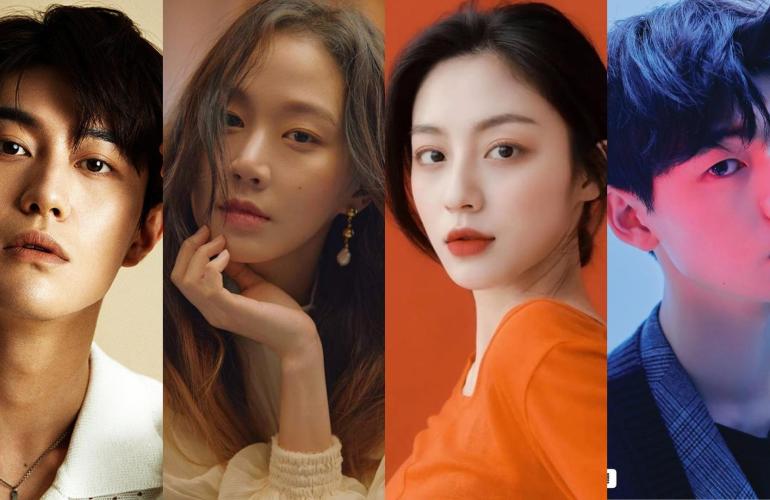 The cast of the upcoming webtoon-based drama “Gaus Electronics” (literal title) includes Kwak Dong-yeon (Monstrous), Go Sung-hee (King Maker: The Change of Destiny), Bae Hyun-sung (Our Blues), and Kang Min-ah (Beyond Evil). The original webtoon was a huge hit, with 2.6 billion views and positive feedback from across the world for its realistic yet funny portrayal of office life. Gaus Electronics will address issues that all office workers face, and workplace romance and friendships.

Kwak Dong-yeon will play Lee Sang-sik, a challenging character who works in Gaus Electronics’ third branch of marketing. He’s a cynical individual who isn’t afraid to speak his opinion when others, especially his superiors, disagree with him. He is a stickler for common sense, and because of his strong opinions in a world where common sense doesn’t always work, he finds himself in the middle of a dispute.

Lee Sang-sik gives his senior Cha Na-rae (to be played by Go Sung-hee) the worst headaches. Cha Na-rae is an effective and organized assistant manager in the marketing department. She has a fiery personality that erupts impulsively now and then, but she is up in the clouds in her daily life with anything other than work.

Bae Hyun-sung will play Baek Ma-tan, the next in line to take over Power Group, Korea’s second-largest corporation, and Gaus Electronics’ major competitor. Baek Ma-tan works at Gaus Electronics in order to carve out his own path outside of his father’s sphere of influence.

Lastly, Kang Min-ah will turn into Gun Gang-mi. While Baek Ma-tan hails from a wealthy household, his coworker Gun Gang-mi comes from the opposite end of the economic spectrum. She is quite hard on herself and works extremely hard to maintain her fitness. As a result, she is one of the office’s most attractive employees. When she gets intoxicated, though, her suppressed tremendous appetite takes over, and she changes into the Hulk.

Producer Seo Soo-min (The Producers, The Sound of Your Heart) is billed as the drama’s creator while Park Joon-soo (The God of Music, M Countdown) will take the helm in production.

The drama will premiere in the second half of 2022.