The flood of new dramas continues and we’ve also got a latecomer in the review game. These new shows are pretty diverse both in subject and execution and to be honest, I really had a hard time ranking them. 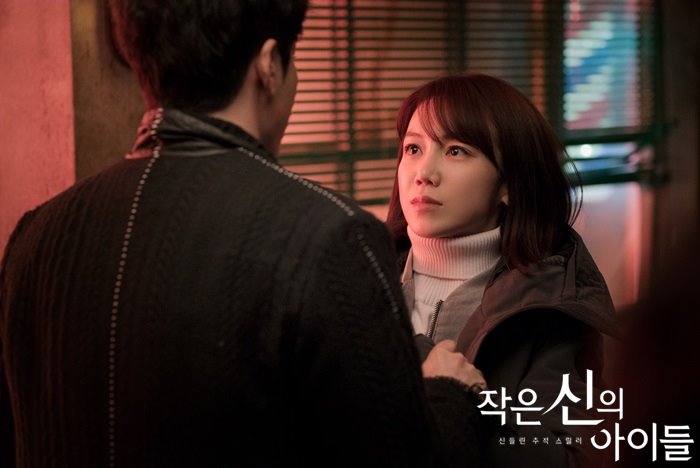 Children of a Lesser God is already halfway its run but I think it would be unfair if we skip this one. The new OCN drama is about two detectives who work together to unravel the corruption behind a tragedy that happens within a powerful organization. Kang Ji-hwan plays a genius (again) detective who is guided by only facts and logic while Kim Ok-bin is Kim Dan, a warm-hearted police officer who has a supernatural ability to see and experience others’ death. The pilot episode was indeed impressive and was able to clearly introduced us to our polar opposites main characters and their respective backgrounds. The only problem I had with it is its apparent identity crisis–the writer can’t decide whether the drama would go spooky or comedic. But if I were to decide, I would prefer it to be more on the horror side because the scary scenes were really convincing. The scene where the young Kim Dan has blood all over her face was really eerie and haunting.

Verdict: If you’re a fan of both procedural and supernatural genres, then Children of a Lesser God is the one to include in your watchlist. It’s best to watch at night when you’re all alone in your room. Just be wary once you start a bell rings. From a unique genre combination to another one–A Poem a Day. This drama, which is set in the hospital, is about the unsung heroes of the medical field aka physical therapists, radiologist, and those on the sidelines, and how poetry helps them go on with their daily lives. Based on the first two episodes, I think the greatest strength of the drama is its quirky characters and their relationships with one another. I also love how poetry is incorporated into the story and how it serves as a source of healing and strength for the characters, well for Bo-young (Lee Yu-bi) at this stage. I’m also amazed that the writer managed to create quite a big cast without feeling that some of them are useless. The not so good points I’ve seen so far is Lee Yu-bi’s underwhelming acting (I hope she could improve as the drama progresses) and the drama’s tendency to be too funny, it sometimes came off as rehearsed.

Verdict: A Poem a Day is a drama is without too many complexities, something that you’d usually expect from a medical drama. It’s mainly because the hospital works as more of a setting rather than the subject. It’s easy to watch and the beautiful poems are a major plus. 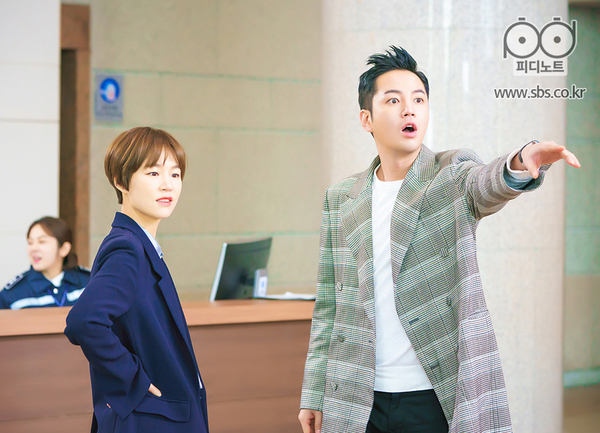 How long has it been since we last saw Jang Geun-suk in a good drama? Well, Switch could be that one we’ve all been waiting for. The new SBS offering is about con artist Sa Do-chan (Jang Geun-suk) who makes criminals pay for crimes that prosecutors did not. The first batch of episodes showed us how Do-chan got himself into that situation and it’s because of a plan by Oh Ha-ra (Han Ye-ri). Ha-ra got him to pretend as prosecutor Baek Joon-soo after he fell into a coma caused by a suspicious accident. Do-chan looks like a carbon copy of Joon-soo making him a great stand-in for the righteous prosecutor.  This drama is both fast-paced and unpredictable, making it thrilling to watch. But the greatest asset of this show, I dare say, is Do-chan. He’s really intelligent to the point that he can outsmart prosecutors. He cons people but there’s a soft side to him which makes him help others in need. In other words, he’s not intrinsically bad that made me want to know more about his story and how he’ll ultimately become a man who fights for justice even in illegal ways.

Verdict: If you need some adrenaline rush, then the game of trickery that Switch offers is the one that can satisfy you. It’s that drama that finishes its episode right before you know it. It’s a good comeback for Jang Geun-suk and a great follow-up project for the competent Han Ye-ri 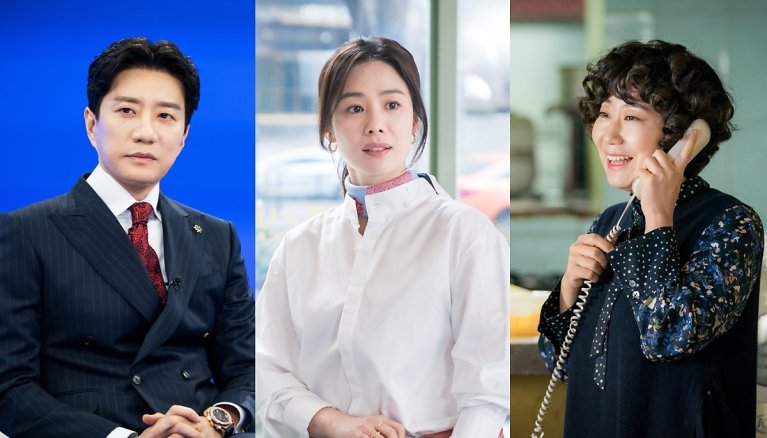 Miracle That We Met
Network: KBS
Genre: Fantasy, Drama, Comedy
No. of Episodes: 20 (60 mins per episode)

Last on our list is Miracle That We Met which is a drama about a man who dies and wakes up in a body of a different person. Go Chang-suk and Kim Myung-min play the two characters who share the same name and birthdate with totally opposite personalities. Go’s Song Hyun-chul is a hardworking restaurant owner and is a loyal partner to his wife Jo Yeon-hwa (Ra Mi-ran) while Kim’s Song Hyun-chul works as a bank executive and is an authoritative husband to his partner Sun Hye-jin (Kim Hyun-joo). Thanks to a mistake by the ‘grim reaper’ (Kai), the healthy Go’s Song Hyun-chul died instead of Kim’s who’s in a coma after a car accident. To rectify it, he made Go’s soul transfer to that of Kim. And just like any character in dramaland who experienced the soul-swapping phenomenon, Hyun-chul went like crazy trying to comprehend what happened to him. What couldn’t go wrong in this show is character portrayal because the entire cast members were all known as excellent actors and actresses. The only issue I have with this drama aside from the scene cuts of Kai that felt like EXO music video snippets is that it feels too familiar. How many dramas have we seen where a character acts like a ‘fish out of the ocean’ as he navigates a life of a completely different person and the trajectory that follows. That one glimmer of hope this drama could be different is the dilemma Hyun-chul has to face being the husband to two wives. Who will he choose in the end?

Verdict: Miracle That We Met currently tops the ratings game in Korea, and I could understand why. Maybe it’s just my personal taste but this drama doesn’t work for me. It feels like I’ve seen this story a hundred times already. And did we just get deprived of the chance to see Kim’s Hyun-chul become a better person?

Which of these dramas do you like the most?