“When we first fall in love, we start off without knowing a lot of things about the other. Among the things you don’t know, there are good and bad sides. But it’s never easy to have more good sides than bad ones. On top of that, bad sides tend to look a bit fancier, so the truth is that it stands out much more. So of course, you’re bound to be disappointed. Compromise. Fail. Compromise again. Then fail again. It’s a process of continuous failure. Getting to know someone is probably an endless streak of variables. In the end, love is a war of variables. And so is a drama.”

A drama within a drama

When we were talking about the last two episodes of Be Melodramatic, @maknaeahjumma described it as if we were watching a drama within a drama. The countless meta moments, as if we were going through the behind-the-scene process of writing and making of “Be Melodramatic” through Jin-joo’s debut drama. The way they perfectly executed those product placements, yet it felt like they’re making fun of it (or more like throwing shade). The good thing about it being so meta was that no character was left unattended lol. Everyone got their own sort of closure. 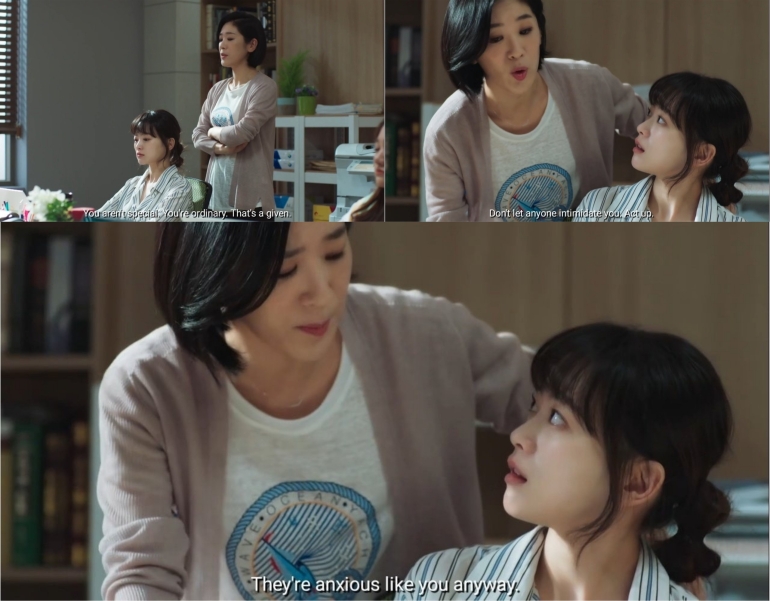 The drama delivered their final episode the way Jin-joo wanted every character to end. Hwandong learned a new past time, and potentially having a new love life in the process. Jin-joo’s sister Ji-young and her boyfriend were still cute and adorable. Dong-gi and Da-mi were still walking on eggshells, but I think they’ll be alright? And who would have thought that they would make Han-joo’s badass boss So-jin such a love struck softie, too? She’s apparently in an aegyo-filled relationship now! All of them might have been supporting characters, but since the drama was so sure of itself since Day 1, no dull moment was spent with them. I’ll definitely miss every single one of them, and it’s a heavy farewell for them as well.

Now for the more regular characters in the drama… Let’s start off with that epic parody of “Noona Who Buys Me Food” or “Something in the Rain” (whichever you prefer). That’s hilarious!!!! I loved NWBMF so much, and seeing Writer Jung and In-jong sunbaenim recreate that famous red umbrella scene was so nostalgic yet extremely amusing at the same time. I was kind of looking forward to their love confirmation, though. I was having second thoughts if I liked how they had an “open ending” in the story. I know love knows no age, but they’re drama characters. LOL. I mean, shouldn’t we have a right to see them be legit lovers and not just “special friends” with special feelings for each other while low-key flirting under the rain? Hehehe. I miss their banters already.

Jae-hoon and Ha-yoon broke up for good after another round of blame game and false hopes. Just when Jae-hoon was about to accept Ha-yoon back into his life, the girl finally decided to move out of his life permanently. Of course, Jae-hoon was devastated,  but good thing he had a very reliable sunbae in the form of Han-joo, who did not even mince a word to make Jae-hoon realize that somehow the relationship’s downfall was also his fault. It’s not entirely Ha-yoon’s doing for them to fall apart, but his heavy expectations of her that drew her away from him. I may not agree entirely with Ha-yoon’s cheating escapades, but I have to agree with Han-joo on this one. A relationship is a two-way process. It’s meant to be shared by the two people who made the commitment to work it out amidst the good and bad. And because Jae-hoon boxed Ha-yoon into his own small world full of butterflies, he was not able to notice those little cracks that evolved into irreparable scars.

And after some time in their new lives, we saw them meet again in an unexpected place, visibly looking better apart than when they were together. They seemed to have moved on, and repaired whatever was left of their friendship. I personally would have preferred them not to have that after-show dinner, but whatever. If that’s the closure they wanted Jae-hoon and Ha-yoon, oh well. I would have wanted them to just cross paths (okay), greet each other, and then move on with their day. LOL. Why would they need to catch up over dinner? Or maybe this ahjumma isn’t just really fond of making friends with exes. 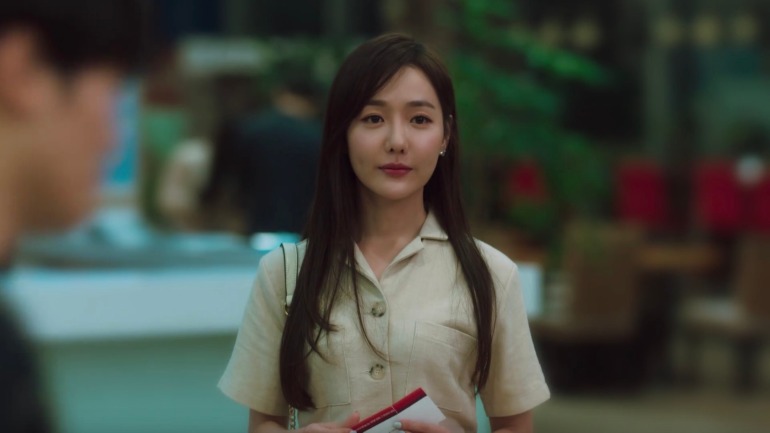 It’s obviously a happy ending for our three girls, but I believed Han-joo was the winner of them all! LOL. She had a very stable career, a loving boy, a good set of friends, and most of all, a hot boyfriend!!! Ahhhh, I’m so happy for her I don’t even want to talk about her ex as he was a jerk until the end! Let’s end on a happy note, shall we? The three girls’ love stories warrant a Season 2 in itself! I really hope jtbc would pull off another “Age of Youth” in “Be Melodramatic” and cast the same actors and actresses!

Jin-joo and Beom-soo continued their streak as the most lovable and giddy-worthy OTP of 2019 with their mature yet playful relationship. They knew when to work together and when to have fun. They were aware of their differences and made sure that it wouldn’t stand in between their relationship. My favorite part of the penultimate episode was that mini lovers quarrel between Jin-joo and Beom-soo that literally just lasted minutes in their own timeline. Jin-joo was different from Beom-soo’s past relationships. She was forgiving, but she knew her worth. And that my friends was how you make a man under your spell forever. 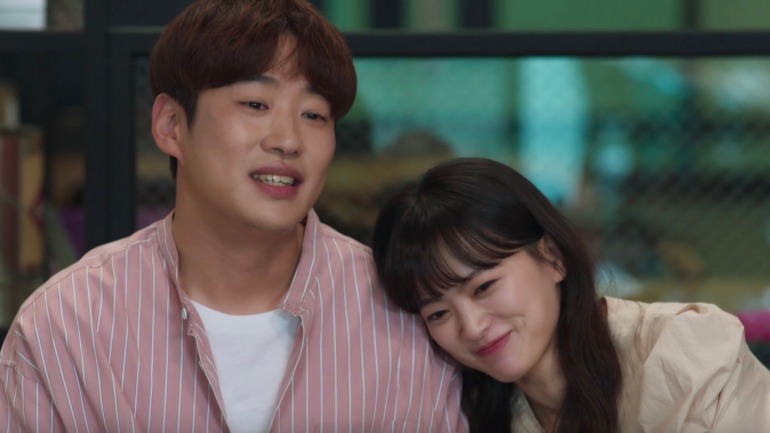 To say that the drama ended strong was an understatement. It’s true. It’s my favorite 2019 drama, thus far. It was underrated, raw, and magical. It delved into some issues that were still considered taboo in our time – homosexuality, depression, early pregnancy, career slump. They delivered so well that 16 episodes of scenes filled with individuals with diverse personalities and unconventional character developments felt like seconds. 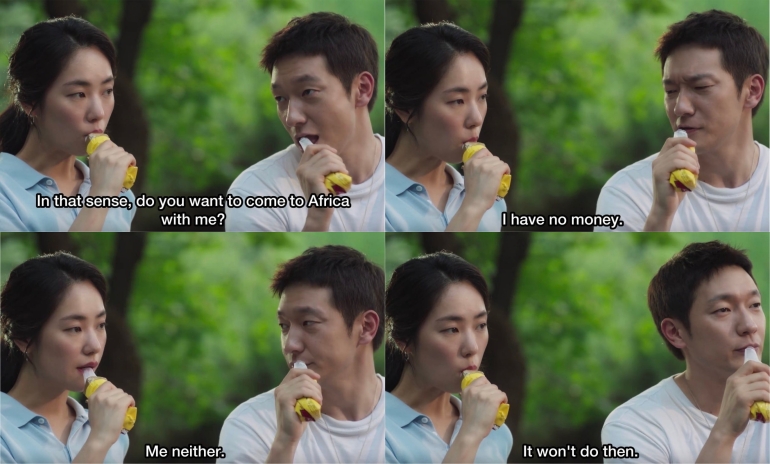 And the best example for that genius execution was Eun-jung’s story line. Man… if Jeon Yeo-bin would not get even a single award for her portrayal of Eun-jung, I’d rebel!!!! We all saw her go through extreme pain alone, and now that she’s back on track with her life (and winning), I couldn’t be happier for her. The friendship she formed with So-min and Sang-soo were revolutionary in her life. They brought a new meaning into Eun-jung’s life. They made her love her life back. 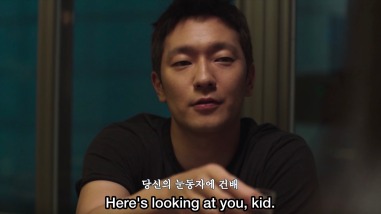 Of course, this was aside from the love and support of Hyo-bong, Jin-joo, and Han-joo. I loved Sang-soo’s subtle mention of that old film that would definitely trigger Eun-jung’s dormant love for producing humanitarian documentaries. Out of everyone in this dramaverse, Eun-jung finale was the most appropriate for me. It had the right mix of hope and contentment. We may never know what would happen when Sang-soo and Eun-jung meet in Europe or Africa or wherever part of the world, but one thing’s for sure, those two individuals had so much love and passion for their respective dreams that no one could ever take away. Friends or lovers, I’m ready to embrace them as my beloved drama characters.