Two Cops Episodes 25-26 unveiled big mysteries that kept us on the edge of our seats. These revelations should be enough to point us to the “real angel,” but little pieces of the puzzle don’t seem to fit. 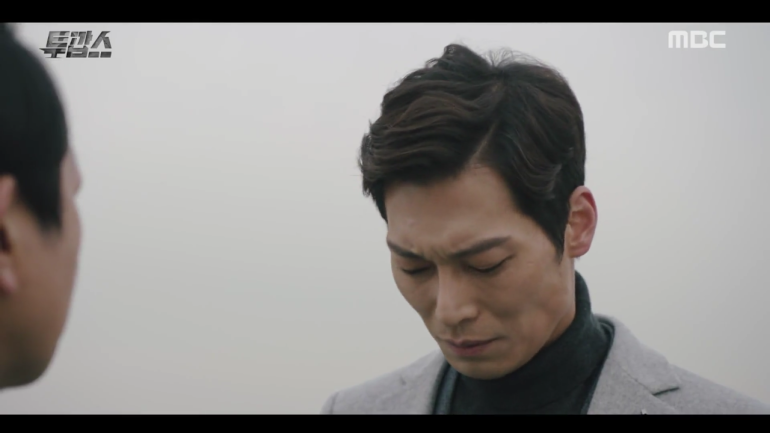 Chief Prosecutor Tak finally confirmed our hunch since the beginning of the drama. After a visit from Cha Dong-tak and a game of verbal intimidation, he validated our suspicions that it was his son, Jae-hee oppa, who caused the accident that claimed three lives 16 years ago. He also admitted that it was him who asked the witness, Kim Jong-doo, to testify falsely.

What made me confused in this scene is that Chief Prosecutor Tak is somewhat implying that he’s not behind the death of Kim Jong-doo nor the murder of Dong-tak’s partner.

All clues are now pointing at Jae-hee oppa as the knife-wielding motorcycle rider, but something does not fit quite right. Two Cops Episode 25 ended with Jae-hee flipping through his binder of compiled photos and news articles of the 16-year-old Incheon mishap and uttering, “Gong Soo-chang, when will you stop following me?”

Soo-chang also had a dream of the prosecutor, dressed in the real angel’s clothing, trying to kill him in the hospital. Now this scene got me really scared. I thought Soo-chang finally woke up from his comma and that Jae-hee oppa is indeed the face inside the helmet.

Further, Yong-pal received a tip that the one who “stabs and twists” will go to the hospital to finish Soo-chang, and who did they see heading to the conman’s room? Jae-hee oppa. Soo-chang had another convulsion right after a suspicious-looking person dressed in scrubs left his room. Now, why do I think Jae-hee oppa is not the real angel? First, the person who the nurse saw exiting Soo-chang’s room when he had a convulsion has long hair. Presumably it’s a woman, unless the prosecutor took the time to wear a wig. 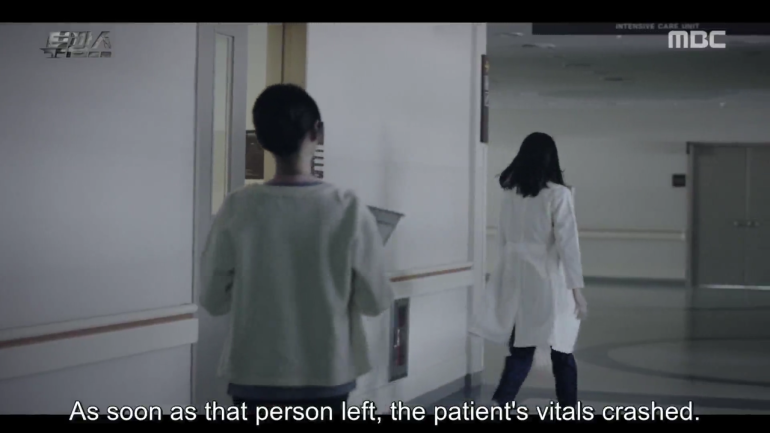 Third, I don’t know if this is something worth mentioning or I’m just a nitpicker, but Song Ji-an’s workmate and friend, Nam Mi-nam, mentioned that he’s a sponsor at an orphanage. I just find it suspicious, along with Soo-chang’s comment that Lee Doo-sik was not his minion because the latter followed some other kid around.

Since Two Cops Episodes 25-26 is centering on Jae-hee oppa, let’s take a look at the actor behind him, the tantalizing Park Hoon (born Kim Won-hee). Woohooooo! 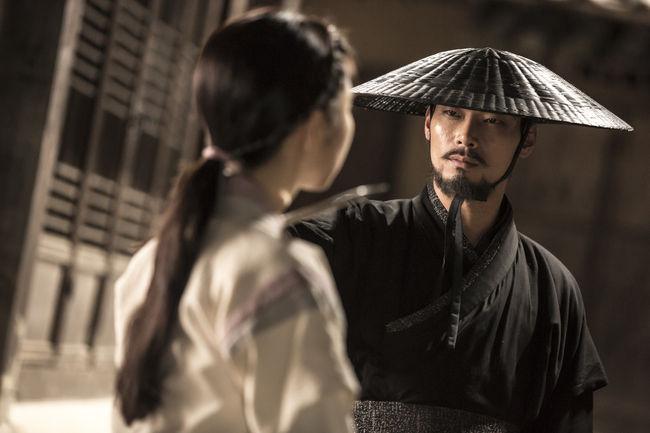 In 2016, he played the role of Staff Sergeant Choi Woo-geun a.k.a. Snoopy in the hit KBS2 drama, Descendants of the Sun. 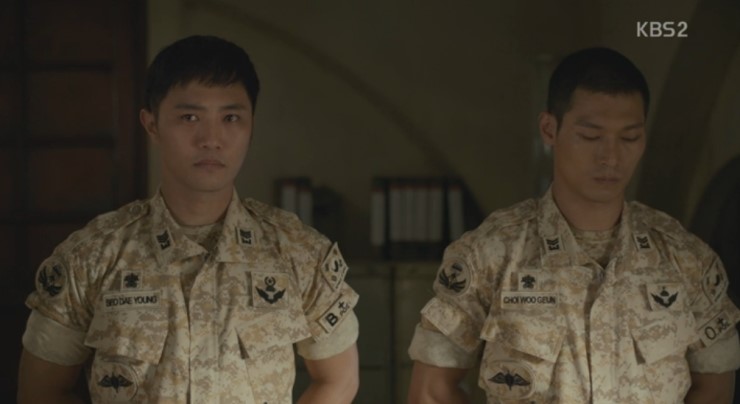 In the same year, he participated in MBC’s Monster.

And before starring in Two Cops, he appeared in SBS legal thriller, Falsify.

❤ I am more confused than ever on figuring out who the real angel is or the person behind him/her. Let’s find out in the next episodes.