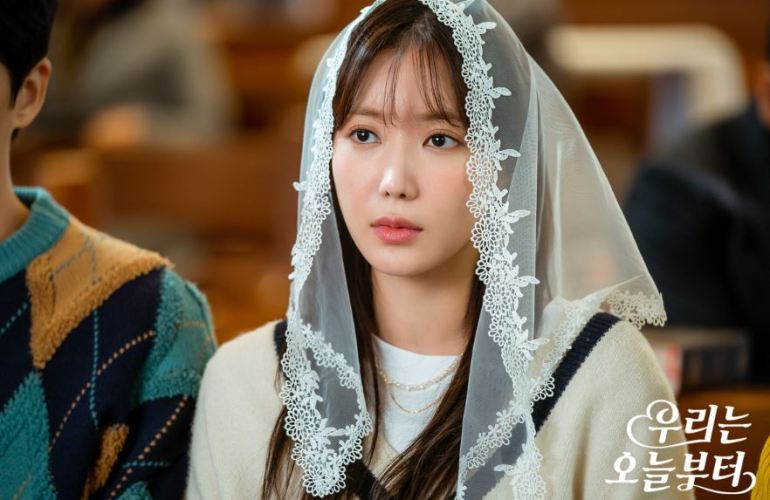 Woori the Virgin gave its original material – American series Jane the Virgin – a very Kdrama-esque execution. It maintained the original series’ core plot but amplified the characters’ backstories in an attempt to make a compelling case for them. That’s also the reason why there seems to be a mishmash of narratives and plot progression in one episode. This adaptation could be a hit or miss for some but if you’d give it a try, here are some things you should look forward to:

Love Triangle with a Twist

I have a love and hate relationship with love triangles in K-dramas. I would always prefer getting multiple lovelines that get caught up in the middle of two warring love interests eager to win the main character’s affections. And usually, it’s clear from the start who would end up with whom – in other words, we know which one is the main lead and the second lead. In Woori the Virgin, however, one wouldn’t know who Woori would end up choosing (even if you watch the original series). It’s most probably because chaebol Raphael (Sung Hoon) and detective Lee Kang-jae (Shin Dong-wook) are both worthy of Oh Woo-ri’s (Im Soo-hyang) love.

Woori the Virgin’s core plot is about a woman who got accidentally pregnant because of a medical accident. Woo-ri swore abstinence and yet she found herself carrying a baby. In the first few episodes of the series, Woo-ri raised her concerns about whether she would continue the pregnancy or not. And when she decided she will, she then need to face the stigma of single motherhood – the same problem her mother faced when she accidentally got pregnant at 16. The series presented all those underneath its unique premise and mostly comical sequences.

One of the subplots I enjoyed in Woori the Virgin is the scenes with her family. The relationship between Woo-ri, her mother Oh Eun-ran (Hong Eun-hee), and her grandmother Seo Gwi-nyeo (Yeon Woon-kyung) are very much compelling and mostly warm-hearted. The arrival of Choi Seung-il (Kim Soo-ro) to their family helped the Oh Women to get the closure they deserve from their past traumas. It also opened up new possibilities for them that they before never considered such as romance and well, a grandchild.

One should be prepared for the ridiculous plot progressions and its hodgepodge of genre. You’ll get thriller, romance, comedy, and family drama in one. It could sometimes feel borderline makjang, especially with the psycho-on-the-loose subplot but the comedy and family drama aspect – those two they delivered better as compared to the other narrative arcs they attempted to sew with the main plot.