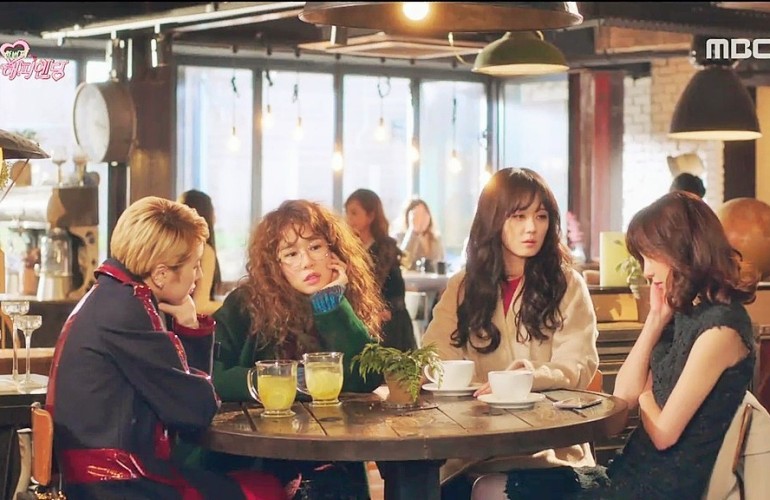 Finding love again after experiencing a painful break-up will always be challenging, even for those people who have the strongest of hearts. Break-ups are never easy, but opening the heart after a failed relationship can even be harder, sometimes. It’s one thing to get your heart and mind ready, and the process of breaking down the wall you created will feel like walking through the broken pieces of glass. No shortcuts, no free pass. This week’s Grumpy Flashback will remind us that no matter how painful our current and past love lives may seem, there’s always a chance for a happy ever after.

One More Happy Ending was a 2016 MBC romantic drama starring Jang Na-ra, Jung Kyung-ho, Yoo In-na, Kwon Yul, Seo In-young, and Yoo Da-in. It revolved around the lives of four women who were former members of a first gen idol group “Angels.” The group was once successful and popular but due to internal disagreement among its members, they got disbanded, and the girls are now living very different lives.

Since March is International Women’s Month, I have decided to feature the lives of the four Angels, and how they learned to find their new happy endings.

Our heroine was a divorced woman who owned Brave Wedding, a matchmaking company that specialized in second chances. I loved how the series introduced us to Mi-mo as someone who was optimistic of getting married again, and ended with a Mi-mo who now knew the value of not rushing into things. She got tangled up between her childhood classmate Song Soo-hyuk (Jung Kyung-ho), a single father who worked as an entertainment reporter, and his best friend Goo Hae-joon (Kwon Yul), also a divorced doctor.

At first, Mi-mo got in a relationship with Hae-joon because he was the poster boy, the doctor with a good heart. Who wouldn’t, right? But things went differently when she slowly realized her feelings for the underdog Soo-hyuk.

Mi-mo’s journey taught us that you really can’t hurry love. Some things take time. It won’t matter how long it would take for you to open your heart fully again (some even take years to be ready),  but once you get there, you would feel most rewarded for letting that genuine love enter your life again. The decision to not let anyone pay for your ex’s past mistakes would mean you are on the correct path to healing. Mi-mo taught me that the person you were when you got divorced would never be the same person you would be when you find love again. It’s a different, more mature version of you.

Dong-mi’s love story was the funniest among the four as she was a lustful vixen who had not been kissed for over a decade. She was an elementary school teacher who was determined to get married as soon as possible, causing her to get involved with jerks. She would then meet a much younger man (Ahn Hye-seop!) who finally loved her for who she was. 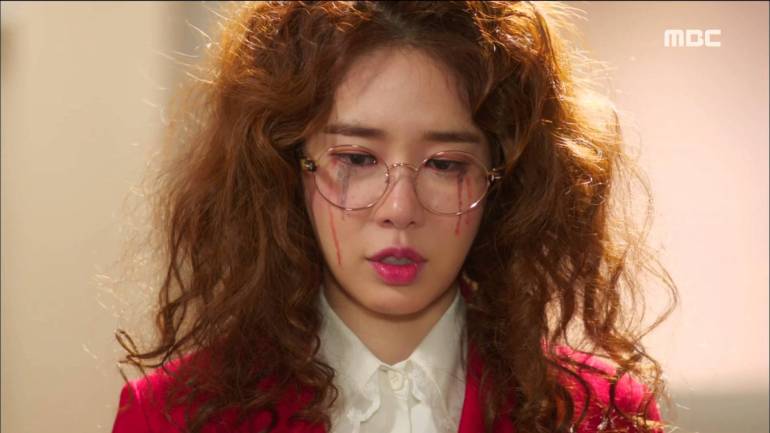 What I liked about Dong-mi was her determination in setting herself with a single goal – marriage. And honestly, I think that’s also her weakness. She was so engrossed with the idea of a perfect marriage, that she would not care whoever she would end up with. Dong-mi’s biggest problem was her lack of self-love. I know you may have read this many times before, but the practice of loving your own self will always lead you to a happy life. You will never be content with another person if you don’t feel content about yourself. Dong-mi spent most of her time finding that “perfect” man who would be ready to marry her anytime, but she never really realized the value of being single and happy. Living a life that we love while we are still single will be much more gratifying later on, compared to spending our youth while waiting for our prince charming to show up. 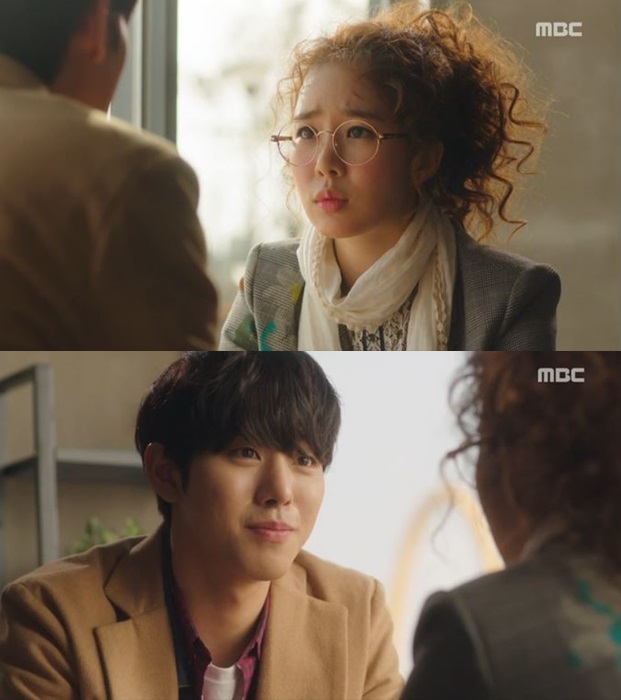 My favorite love story among the four Angels, Da-jung was a co-CEO of Brave Wedding. Her marriage was on the rocks, but she and her husband fought their way back to love. Da-jung was the best example of a love worth fighting for. While other people give up easily on their relationship, this couple looked for a way to save it.

For Da-jung and her husband, the dissolution of their marriage was never the answer. You always read about how most couples who stay married for years fall in and out of love numerous times. What matters most in this journey is that the couple’s eagerness to go back in each other’s arms is stronger than the emotional distress of ending the relationship.

Da-jung taught me that no matter how painful your relationship can get, some people do stay. 🙂

The group’s maknae and probably the one who never really moved on from their fame, Ae-ran now owns an online shopping business and is newly married to someone who does not excite her. Among all the Angels, Ae-ran’s story line was more of a self-discovery than finding the perfect partner. She realized that she needed to improve herself and stop depending on their faded popularity. The world has changed, and she needs to accept the fact that if she wanted to grow her business, she should go along with the tough competition. Ae-ran teaches us that women should never be afraid to stand up and hone our skills to succeed in society.

Grumpy tidbit: American talkshow host Conan O’Brien did a cameo in the show. He appeared as a client of Brave Wedding who was looking for a potential wife! 😂

No one cried, as if we’d promised each other. We didn’t offer comforting words or consoled each other. Instead, we laughed over the smallest things and enjoyed each other’s company. We laughed endlessly.” 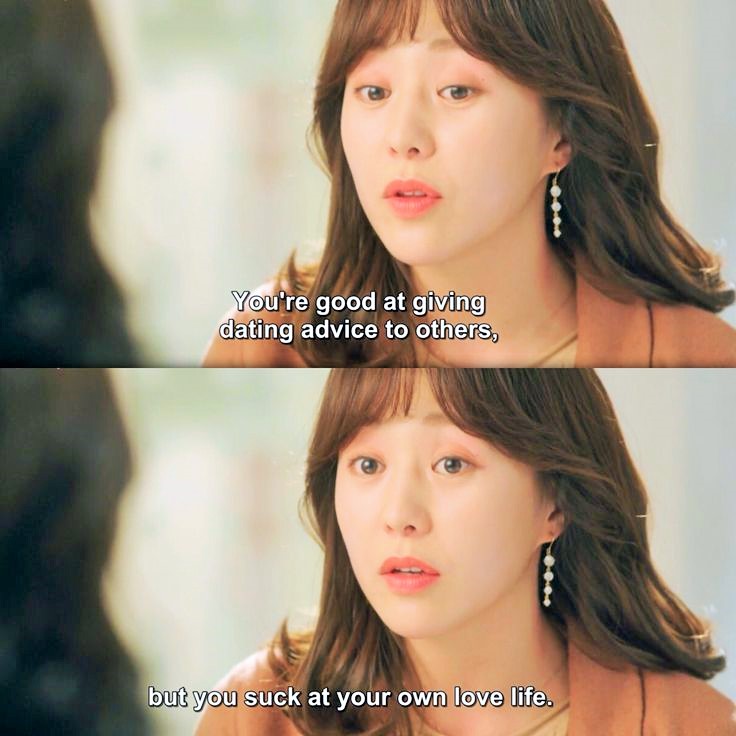 There used to be a time when we’d see the entire universe in each other’s eyes. Even if he doesn’t love me anymore, the look he used to give me was not a lie. In that moment, we were both happy.” 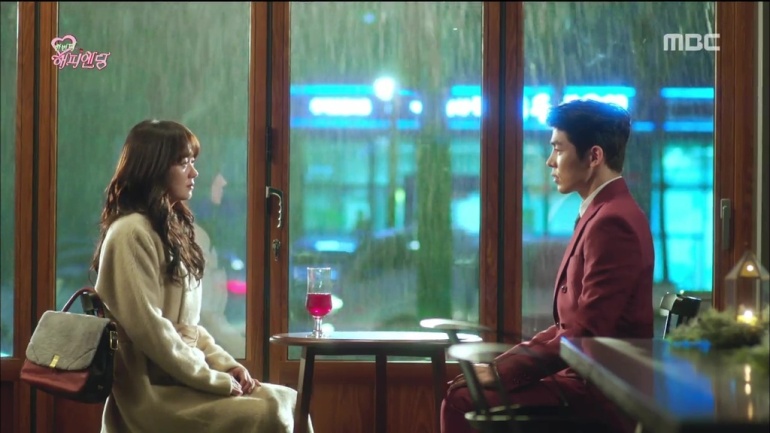 I used to think love should always lead to marriage. I had to stick a label on him if I thought he was the one and make sure he doesn’t go anywhere. But now that I think about it, even if we do all that, some still leave. It just takes longer. You can’t force anyone to stay with you.” 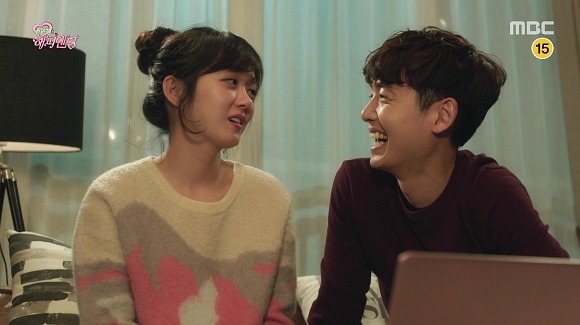 One More Happy Ending showed us different faces of successful career women who looked for happiness everywhere, but never within themselves. Every single Angel was scarred and afraid to start again, but with right timing, everything turned out for the better. Best takeaway from this drama in celebration of International Women’s Month? Heal yourself first, then love surely will follow.